posted by KoreanDogs.org team on February 24,2017 in News

On February 23, News 1 in Korea reported that the amendment to the Animal Protection Act, which includes strengthening the punishment for animal abuse to a 2-year prison term, has passed the Standing Committee of the National Assembly.

This is a great victory for the animal rights activists in Korea and abroad who have been campaigning on behalf of Korean animals for many years. While this does not end the dog and cat meat trade, which is what we desperately want, it’s definitely proof that the Korean government is starting to feel the heat. It’s both a step in the right direction and encouragement for us to work that much harder. So let’s keep up our campaign to bring an end to the dog and cat meat trade!

The news was reported as follows:

Possibly as early as March of next year, puppy mills will have to be licensed and punishment for animal cruelty will carry a prison sentence of up to 2 years or a fine of 20 million won.

At its general meeting on February 23rd, the National Assembly’s Agriculture, Forestry and Livestock Food and Fisheries Committee passed the amendment of the Animal Protection Act for the prevention of animal abandonment and abuse that includes these conditions. The amendment, passed by the standing committee, will be presented to the legislative and judiciary committee and then brought to the plenary session on March 2. If it passes the plenary session, the law will go into effect one year later.

Under current law, animal abuse is punishable by imprisonment for up to one year or a fine of up to 10 million won. However, if the amendment is passed, punishment is reinforced by “imprisonment of up to 2 years or fine of up to 20 million won.” To address the puppy mill issue, which caused a social outcry for changes in the animal production industry, the current notification system will be converted to a licensing system.

However, despite the urging of both the National Assembly animal welfare forum and animal rights groups, the government objected to the inclusion in the amendment the strengthening of standards for breeding and management; companion animal production registration; urgent seizure or forfeiture measures for abused animals and ownership restrictions of abusers; and restrictions on the transportation and sale of companion animals. 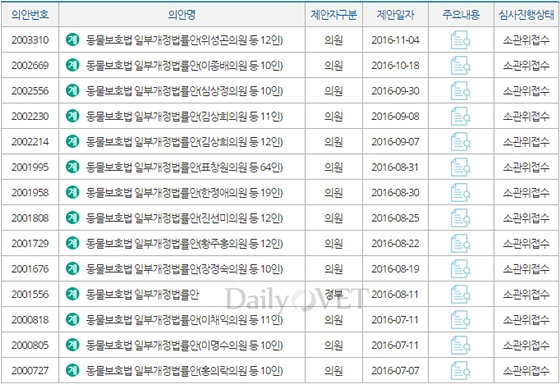 Proposed amendment to the Animal Law introduced in 2016. Source: Dailyvet.

Click HERE to learn about the Proposed Animal Protection Law.

Click HERE for news report from Dailyvet in Korean. 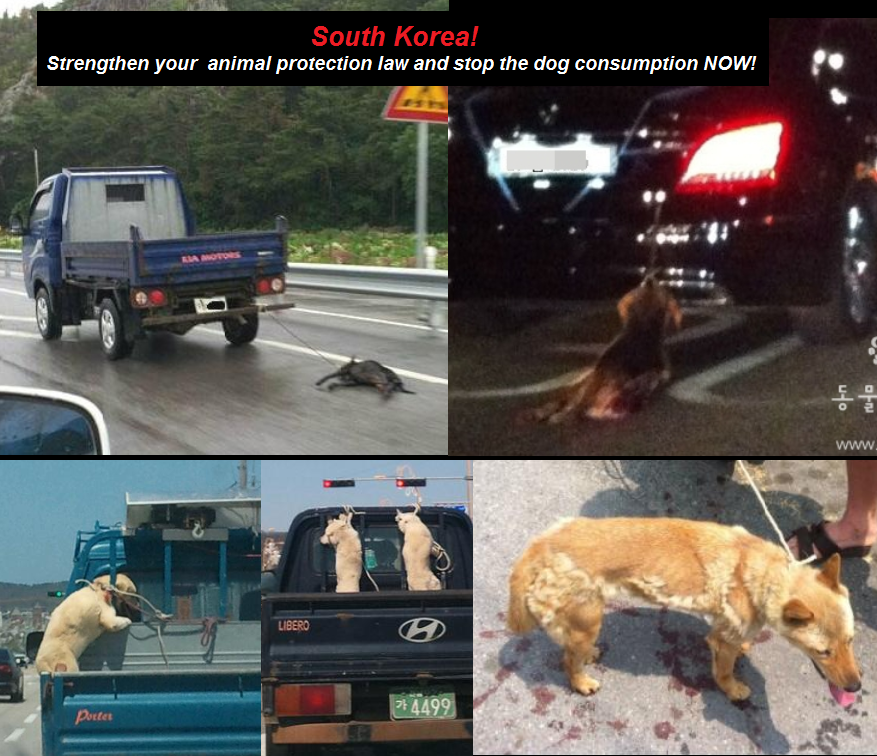