posted by KoreanDogs.org team on April 28,2015 in Event 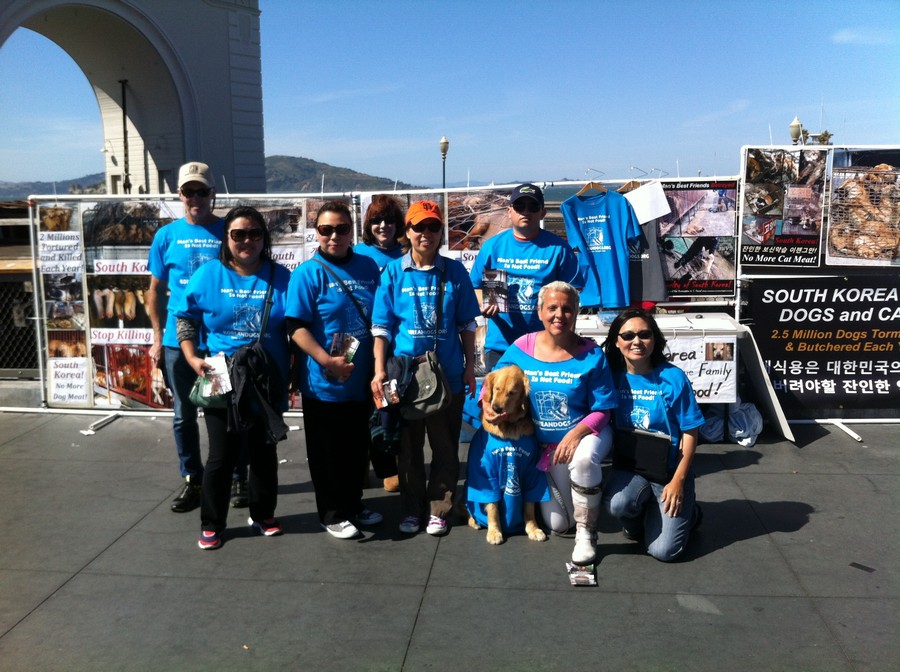 Our wonderful volunteers. Thank you!

Thank you Daniela, Orso (the golden retriever), Kathy S., Don, Giny, Kathy Y., Cathy, Nancy and Andrew for your dedication to help end the horrific South Korean Dog Meat Trade and spending your Sunday advocating for the South Korean dogs in meat trade! We are so grateful for your caring hearts and compassion. We had another great day of giving a voice to the voiceless South Korean dogs and cats. We handed out about 1000 leaflets and met so many people from all around the world. We also collected 190 signatures to our petition addressed to the South Korean President Geun-Hye Park. We also received donation in the amount of $10 and donated this to the fundraising: An exposé on the dog meat industry in South Korea. 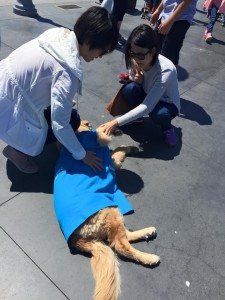 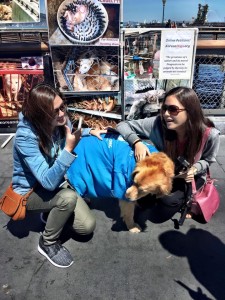 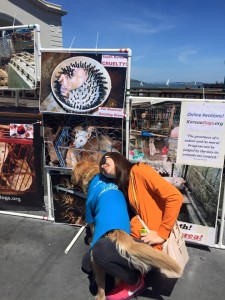 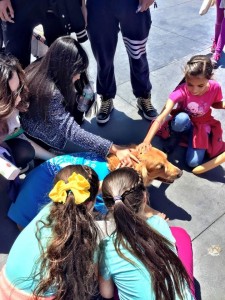 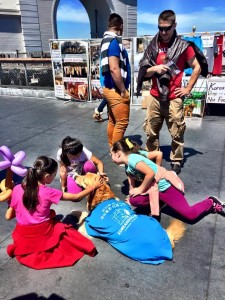 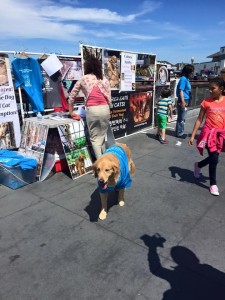 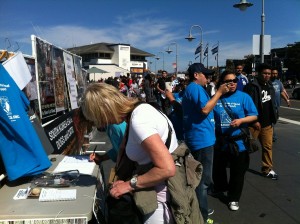 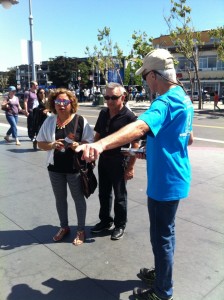 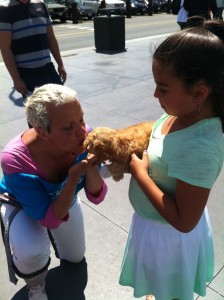 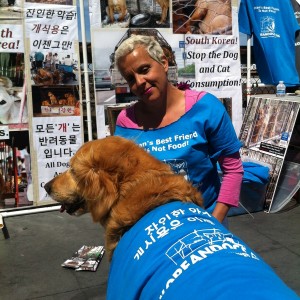 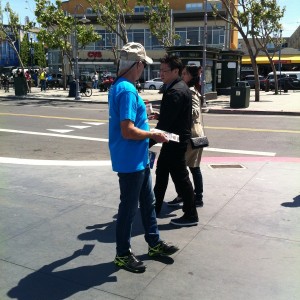 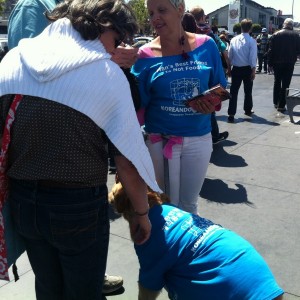 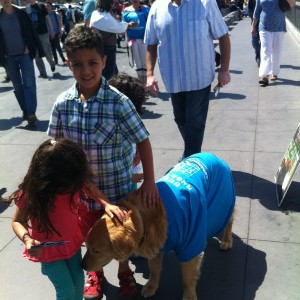 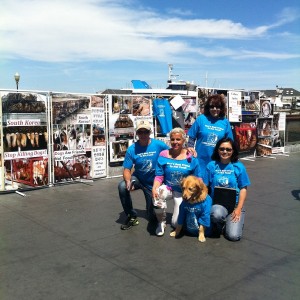 Petition signatures collected were sent to the South Korean President Geun-Hye Park and the South Korean Ambassador Ho-Young Ahn in Washington D.C. on May 7, 2015. Included also in the packages are photos from our event, copy of this blog page, photos from the Global Rally to End China’s Dog and Cat Meat Trade organized by the Duo Duo Animal Welfare Project, photos from the South Korean dog meat industry, Petition letter: Boycott PyeongChang 2018 Winter Olympics in South Korea, A Dog Eating Nation!, and a copy of an essay written by Bigayeon Lee(executive director of Korean Animal Life Ethics Association 한국동물생명윤리협회), “Why is banning dog meat consumption important”. 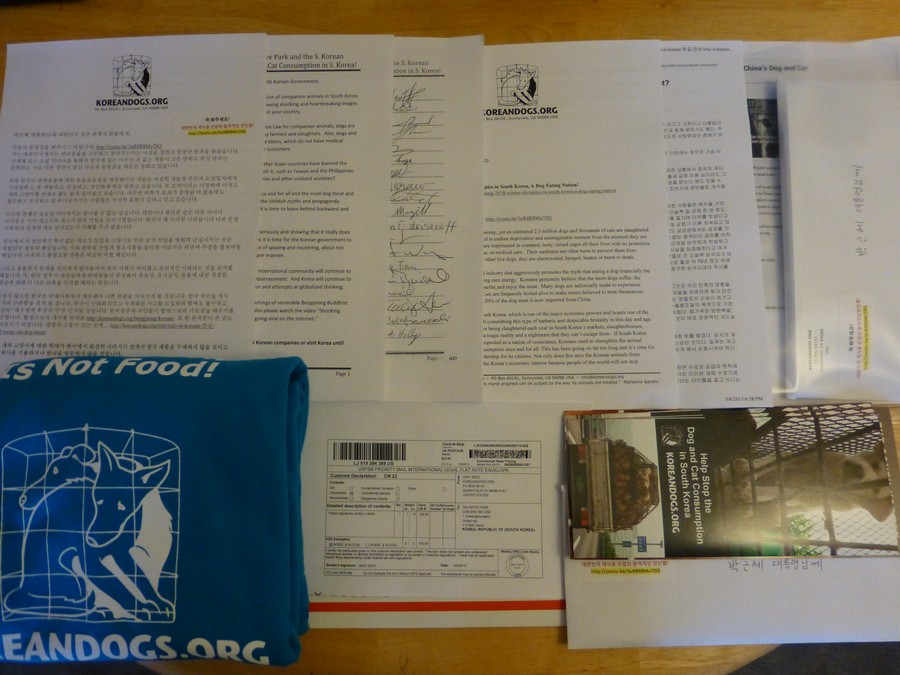 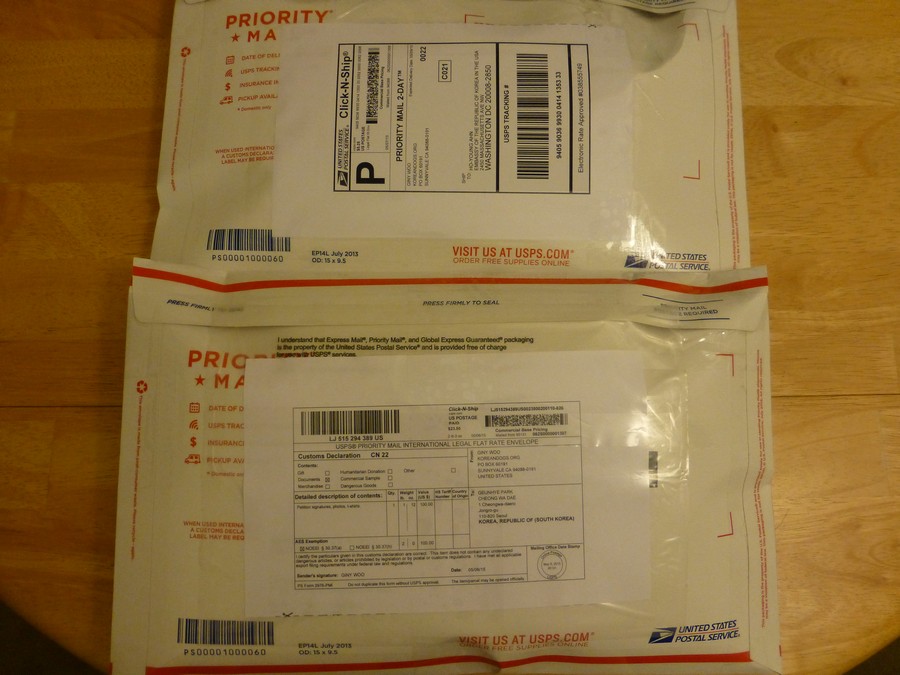