posted by KoreanDogs.org team on September 21,2016 in News

While visiting Korea last May, UN Secretary General Ban Ki‐Moon stated: “The world’s perception about Korea is of a ‘much lower level’ than our perception of ourselves. In that respect, in order to ‘raise this level’, it is very important that the media plays its role to guide (awaken or enlighten) our citizens.”

As a response to this statement by Mr. Ban, Mayor Lee Jae-Myung of Seongam posted a typically defensive reply on his Facebook page saying that “Ban Ki‐Moon is calling Koreans ‘dogs/pigs’” and asked for opinions from his Facebook followers. Is the Mayor just being defensive because he has failed to take any action to close down its own infamous Moran Dog-meat Market (the largest in Korea)?

This ‘head-in-the-sand’ and misplaced defensive attitude from Mayor Lee is exactly what is preventing Korea from moving towards the change that Mr Ban is calling for. Mr Ban seems to understand that the world will not raise its perception of a country that continues to carry out (and defend) the inhumane dog-meat trades, and we believe he is asking Koreans to wake up, do something about their uncaring and apathetic attitudes, and put an end to the abhorrent practice of eating dogs.

Please share this video with Mayor Lee Jae‐Myung to let him know what the world thinks about Korea: https://youtu.be/_ZVQjgGb4RQ 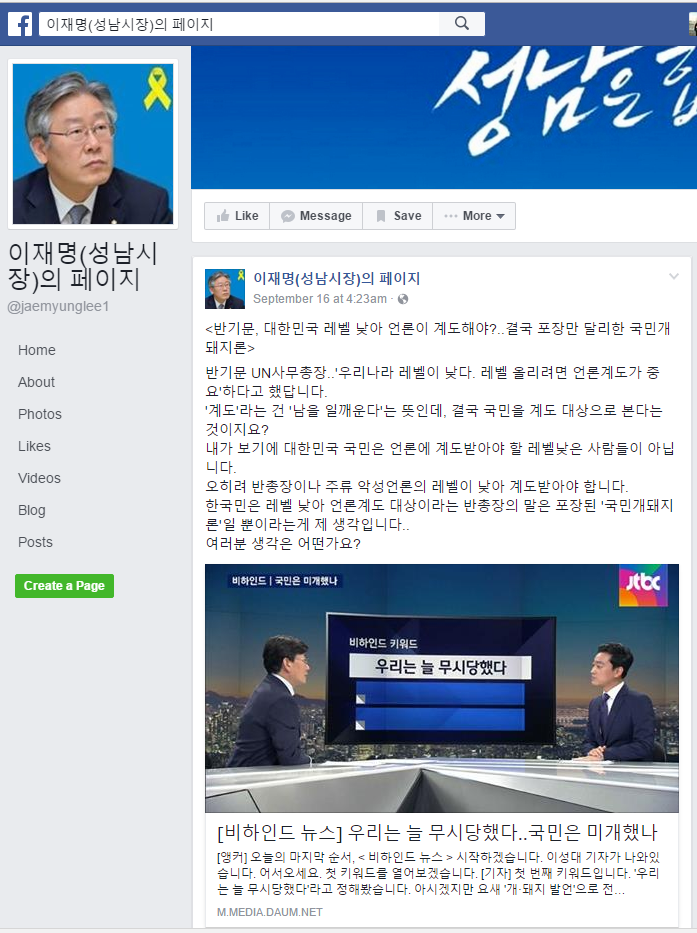