[Update: January 10, 2018] We received a response to our petition from the Lord Mayor’s office.

We are very disappointed with the Mayor’s response and unwillingness to engage in any way with their Sister City on this matter. However, we hope that the Mayor and the Council Members of the City of Brisbane will have a change of heart, and to help end South Korea’s horrific cruelty through killing and eating our best friends.

A big thank you goes out to all the supporters who have taken action on this and especially to Don D. and Heather H. for joining me on this particular petition and campaign, which we are now closing. 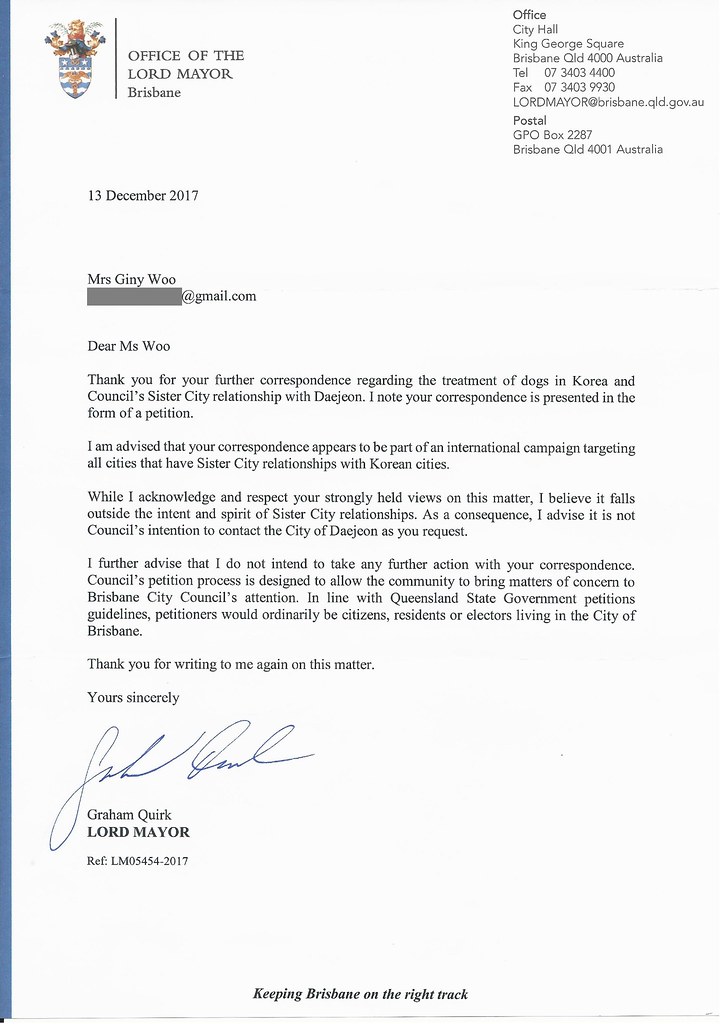 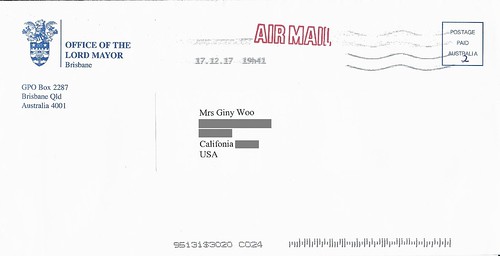 [Update: October 17, 2017] We received another response from the Lord Mayor’s office. 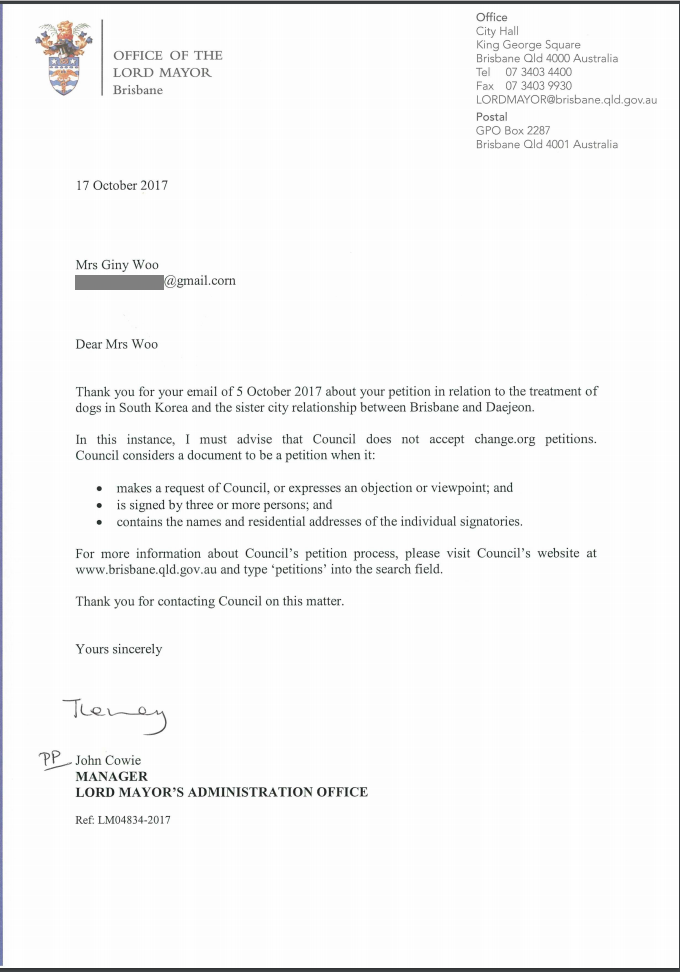 Mail your petition to the below address:
Office of the Lord Mayor
Brisbane City Hall
GPO Box 2287
Brisbane, Qld 4001
Australia

[Update: September 29, 2017] We received the below confirmation letter from the Brisbane Mayor’s office.

We appreciate the Mayor’s office for responding to our petition and we hope to receive a positive message soon. 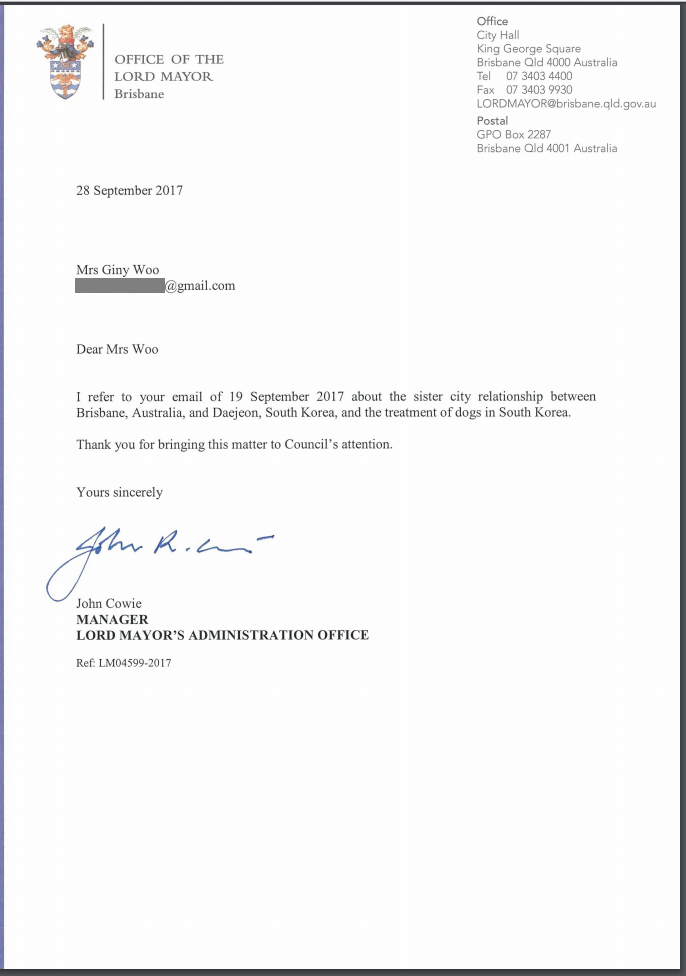