posted by KoreanDogs.org team on May 18,2016 in Action Alert, Campaign

[Update March 9, 2017] PyeongChang 2018 has removed the user comment area. This is after deleting dozens of our messages protesting the Korea’s horrible cruelty. Thank you everyone who participated and spoke out for the poor Korean dogs and cats.

The PyeongChang Organizing Committee for the 2018 Olympic Winter Games (POCOG) was launched back in October 2011. It is an event which has been a long time in the planning: the POCOG want to make sure they ‘get it right’.

We want to let them know that the best way to ‘get it right’ is, in the first instance, to put a stop to the ‘wrong’ that is being committed in the dog and cat meat trades.

We want to let them know that, if they do nothing to stop these ‘wrongs’ by permanently ending these horrendous trades, many people across the world will boycott this Olympic Event, and will boycott the sponsoring companies, too.
Click HERE to post your message on their page.

You can do this by scrolling down to the bottom of their page, for the “Reply” section where you can post your message, after logging in via Facebook, Twitter or Google.

Mr. Hee-beom Lee, President and CEO, and all members of the Organizing Committee, we want to let you know that the best way to ensure the success of your PyeongChang 2018 Olympic events would be to permanently end the dog and cat meat trades – now – before these events take place, otherwise we will boycott PyeongChang 2018 and all of the sponsoring companies.

And, we call on you, Mr Lee, who was awarded the Order of Service Merit, to once again stand up and render outstanding service to your country by taking a lead in permanently banning the dog and cat meat trades – for the benefit of these Olympic events and all the citizens in your country. 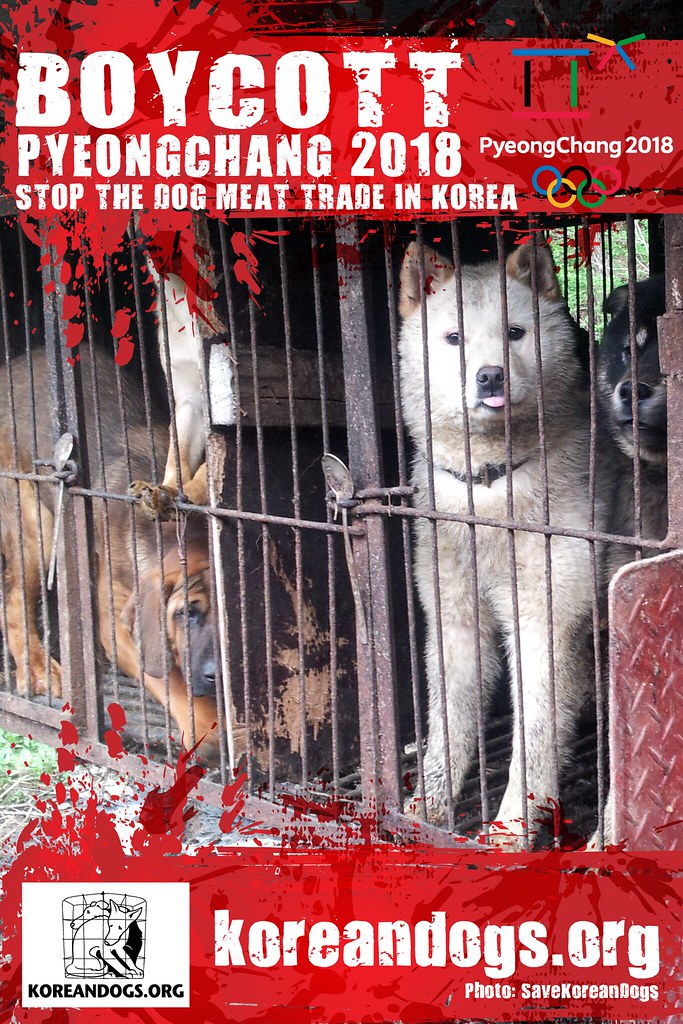