posted by KoreanDogs.org team on February 28,2018 in Action Alert, Campaign

Yonhap news reported on February 24 that police had applied for an arrest warrant against a pet shop owner in Chungcheongnamdo Cheonan who had severely neglected dogs causing them to die.

Chungcheongnamdo Cheonan Southeast Police station stated on February 24 that on February 20, it had requested an arrest warrant for the pet shop owner (referred to only as “Mr A”, aged 27) on charges of violating animal protection law. Mr A is suspected of neglecting 160 dogs and causing death of 79 of these dogs while operating a pet shop from July of last year in Cheonan Dongnam-gu district.
Many corpses were found in a significant state of decomposition, with their skulls and ribs fully exposed. These dogs were found in metal cages, on the floor and stuffed inside boxes throughout the pet shop.

Of the 80 surviving dogs, some had clearly not been fed for a long time and many have been infected with distemper and deadly parvoviruses. Mr A reportedly admitted to the police that he “neglected the dogs because it was costly to treat them medically or euthanize dogs.”

It is rare for police to file arrest warrants for violations of animal protection laws. In response, one police official said, “We filed for an arrest warrant because we found that the nature of the crime is terrible, causing so many dogs to die for personal monetary gain.”

It was known that the pet shop was also charging fees to people seeking to abandon their dogs, promising to find new homes for them as well as charging well-meaning would-be adopters adoption fees. 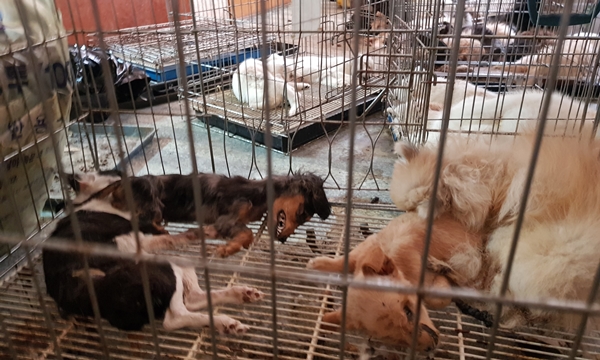 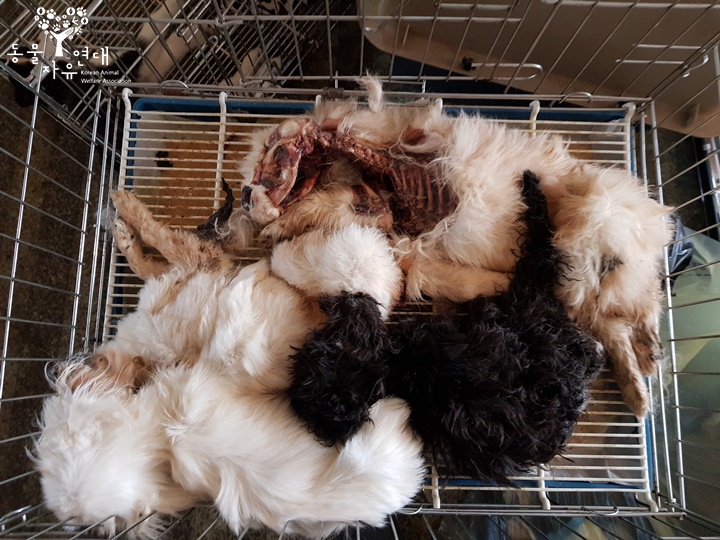 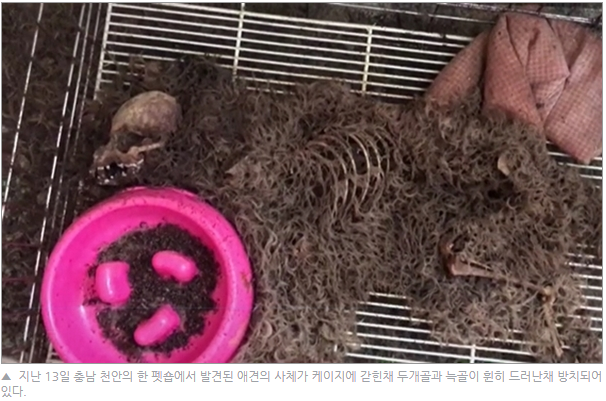 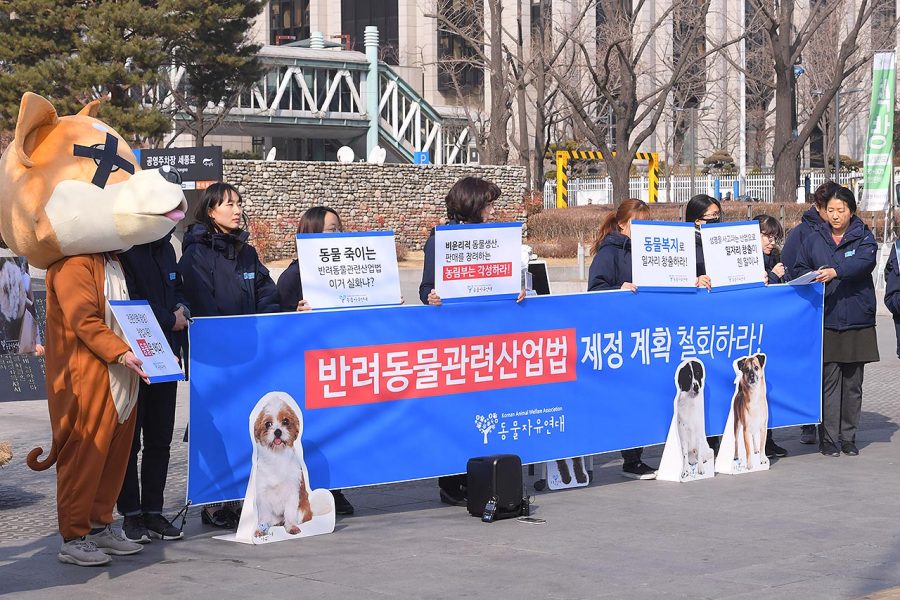 KAWA members held a press conference calling for the withdrawal of the government’s plan to enact laws to promote the companion animal industry. They also reported the Cheonan Pet Shop cruelty where 79 dogs had died due to severe neglect. February 20, 2018.