Chungcheongbuk-do Province’s response to our petition on e-People

posted by KoreanDogs.org team on January 25,2019 in Action Alert, Campaign

The controversy over utilizing dogs as food in Korea has been going on for a long period of time. As the number of companion animals exceeds 10 million in recent years, dogs have become part of the family with people, rather than just animals, and overall awareness of companion animals has improved and negative perceptions of dog meat consumption are spreading. However, dogs are not included in the livestock products prescribed by the Livestock Product Sanitary Control Act, so even if a dog is slaughtered for meat, it is not covered by the slaughter, processing and sales regulations for livestock products stipulated by the Act. Since the dog meat industry has already been around for a long time, it is not an issue that can be resolved within a short period of time. This will need to be changed little by little through the social consensus of our citizens.

Nonetheless, Chungcheongbuk-do is conducting an inspection of animal-related businesses at least once a year to promote a proper animal protection culture, and related departments are working to prevent illegal activities – an example of this is that our animal feed department is inspecting food waste recycling companies.

In addition, we are continuing to promote animal protection in the neighborhood and councils, and we are actively promoting policies on animal protection by investing 11.1 billion won (approximately $980K USD) in six projects.

In the future, we will discuss with the central and other related departments in an effort to eradicate illegal dog slaughter. 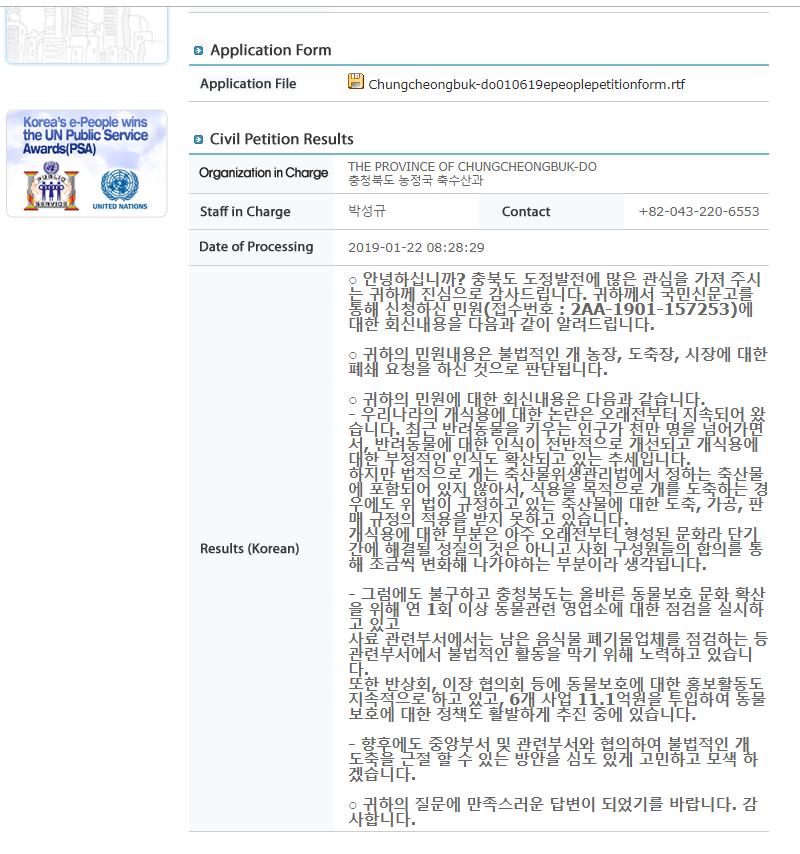 it fails to substantiate and evidence what direct actions the Chungcheongbuk-do Province is taking to enforce existing laws to disrupt the entrenched dog meat trade in South Korea. We have not been provided, in this response, with any evidence of any direct actions taken by the Chungcheongbuk-do Province, such as recorded information relating to inspections, monitoring and actual enforcement action taken against violators, in relation to dog meat farming, slaughterhouses and businesses selling dog meat and dog meat products (such as dog elixir and dog soju);

it fails to show what actions the Chungcheongbuk-do Province is taking with regard to proposing amendments to existing legislation or bringing in new legislation to address and end the dog and cat meat trade, and 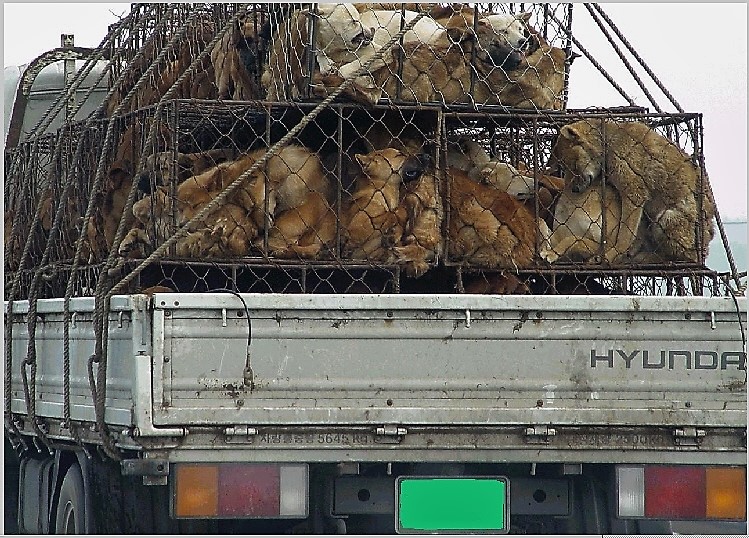