Disappointing response from Seattle – “No Jurisdiction” means “No influence”?

We received the below email response from the Seattle Office of Intergovernmental Relations today in regards to the Sister City campaign to plea with the City of Seattle to urge their Sister City, Daejeon, to stop the illegal brutal torture and slaughter of dogs and cats.

Their response is very disappointing as they claim the “The City of Seattle takes animal welfare seriously and urges others do the same”.

However, this response should not discourage us as the tens of thousands of dogs in Daejeon are depending on us to speak for them, to save them from the nightmarish torture and suffering that awaits them. Please continue taking action. Call, email and write to the City of Seattle. Ask them to not turn blind eyes to this horrible cruelty. Ask them to do the right thing – not only for the animals of Korea but for the citizens of Seattle to be proud of their city. 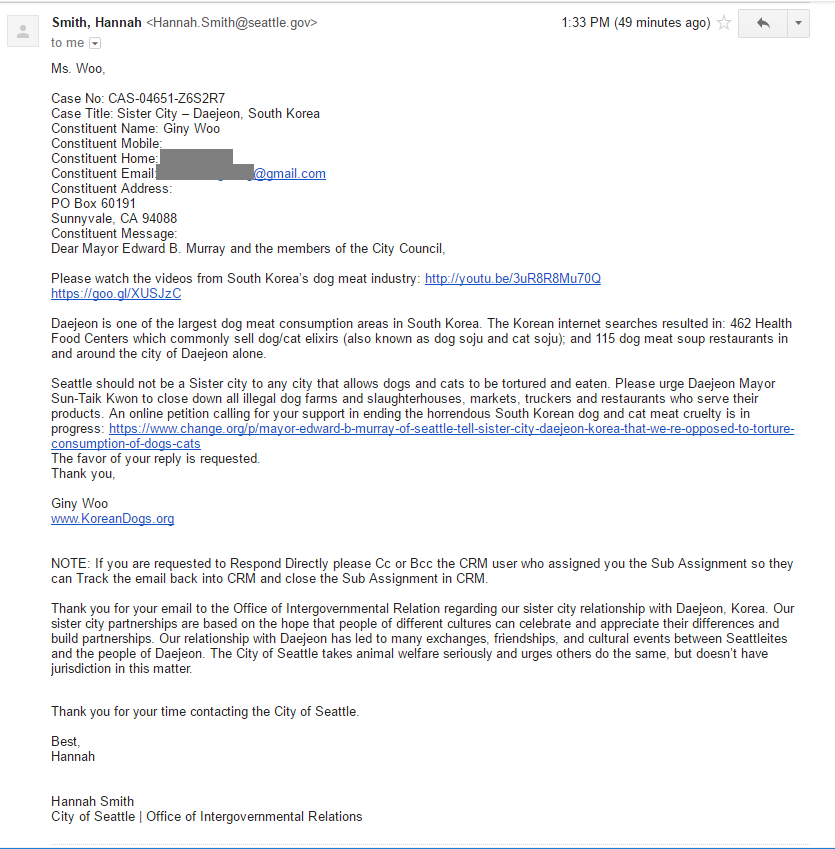