posted by KoreanDogs.org team on February 4,2019 in Action Alert

Our supporter’s and volunteers’ compassion for the dogs and cats in South Korea makes our campaigns possible and therefore makes change possible. Dr. Fateh Sidhu is one of our most dedicated supporters and advocates for the Korean dogs and has kindly sent us the below message. Thank you, Dr. Sidhu, for your continuing compassion and dedication to help the poor animals in the Korean dog and cat meat trade!! 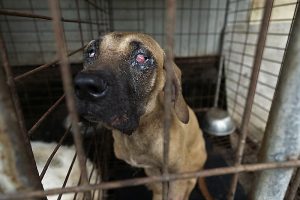 “Hi Giny, I am a Koreandogs supporter and I regularly take actions and send letters to decision makers in South Korea and throughout the world to help end the disturbing dog and cat meat trade occurring in Korea. I wanted to send you guys my most recent letter that I have written to the Korean government and it takes into account and rebukes all of the illegitimate responses that I have received from the Korean government. I just wanted to share it with you guys just to provide maybe a sample that even other people could use and maybe it could be effective in helping our mission. You are all amazing, compassionate individuals who are helping to improve lives of millions of defenseless companion beings.”

I am disheartened to learn that as of 2016, 8,753 dog meat farmers have voluntarily registered their farms with the government, which makes the South Korean government the only government in the world to recognize dog farming as a profession and legitimize the disturbing dog and cat meat trade occurring throughout the country. People throughout the International Community including myself are shocked to hear that the South Korean government recognizes the disturbing dog and cat meat trade as an industry. Furthermore, I understand that the government states that social consensus is required to end this trade, however, a prominent survey conducted by the organization Gallup Korea in June 2018, has found that about 70% of South Koreans are against eating dog meat. Therefore, despite the social consensus being present it is extremely disappointing that South Korea’s leadership fails to take action against this cruelty and on the other hand actively chooses to attempt to legitimize it.