Update on November 30, 2017: Ms. Cousens with the Council of Royal Borough of Kingston upon Thames has kindly informed us that our petition set up on the Kingston Council’s petition site did not meet the minimum of 500 signatures required for the council’s debate. However, she has informed us that it might be presented under Item 5.1 of the agenda which is to ‘receive’ petitions (which may be of any size and which will then usually be referred to the relevant committee to consider). We appreciate all the support that Ms. Counsens has provided us to support our campaign.

Update on October 11, 2017: As advised by the Kinstong Council Democratice Services, we have set up our petition on the Kingston Council’s petition site in order to collect only the petition signatures from those who live, work and study in Kinstong. If you qualify, please sign our petition and share. Click HERE to sign.

Below is the communication we received from the Kingston Council Democratic Services “Our Council Petition Scheme indicates that eligible signatures are those from people who ‘live, work and study’ in the Royal Borough. The criteria for debating a petition at Council is 500 eligible signatures. Although the petition could still be presented at the Council meeting, it is possible that councillors could take a decision not to debate it because it does not have 500 local signatures. One solution which you may wish to consider is that the Council has its own online petition system (which might access more local people) about which you can find information (about how to register to start a petition) at this link:
https://www.kingston.gov.uk/info/200274/consultations_surveys_forums_and_petitions/793/petitions/3“
We area grateful to the Kingston Council for supporting our campaign by providing us with information to get our petition heard.

Update on August 24, 2017: In response to our petition, the Democratic Support of the Royal Borough of Kingston upon Thames sent us a response as below.

Petition Policy of The Royal Borough of Kingston upon Thames, London, United Kingdom:

If a petition contains more than 500 signatures, it will be debated by the full Council unless
it is a petition asking for a senior Council officer to give evidence at a public meeting. The
Council will endeavour to consider the petition at its next meeting, although on some
occasions this may not be possible and consideration will then take place at the following
meeting. 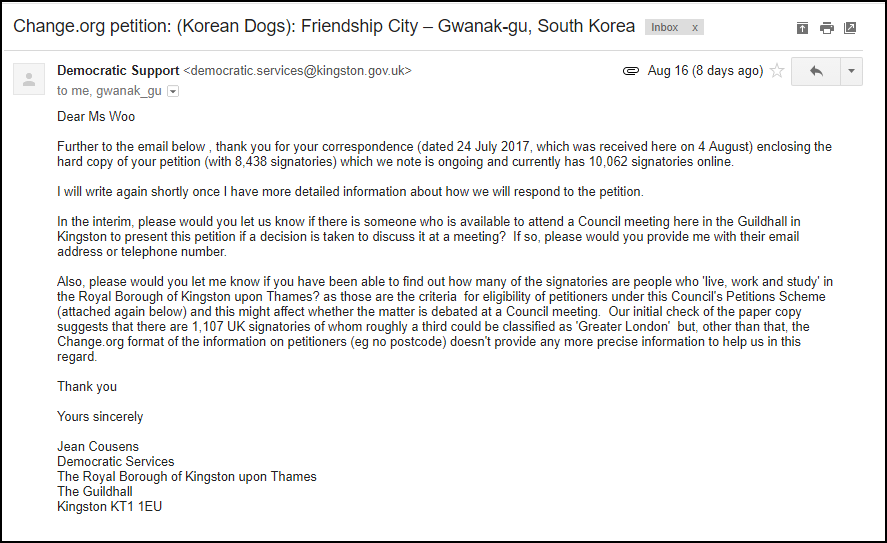 Update on July 24, 2017: In response to our petition, the Democratic Support of the Royal Borough of Kingston upon Thames sent us a copy of their petition Scheme on July 21. On July 24, 2017, we submitted a written petition with the print out of our change.org petition signatures to comply with their petition requirement as much as possible. It was sent by USPS Global Priority mail. Click HERE for the tracking info.

Mayor Julie Pickering of The Royal Borough of Kingston upon Thames, London: Tell Friendship City, Gwanak-gu, Seoul, South Korea, That We’re Opposed to the Torture and Consumption of Dogs and Cats.

Gwanak-gu, Seoul became Friendship city with The Royal Borough of Kingston upon Thames, London in 2006.

In Gwanak-gu, Seoul, there are countless dog farms, slaughterhouses, markets and restaurants where the dogs, who are tortured their entire lives, end up being slaughtered in the most inhumane ways, such as by electrocution, hanging or beating; and then thrown into boiling water – sometimes while they are still alive. In many places, dogs are being killed in full view of other terrified, caged dogs; and this takes place in broad daylight. In addition, many abandoned and stolen former pets end up in this industry, and are subjected to the same cruelty.

The searches resulted in: 160 Health Food Shops and 71 restaurants in the vicinity of Gwanak-gu, Seoul.

Even if half of these ‘Health’ Food Shops and restaurants serve dog and cat ‘ingredients’ in one form or another, just imagine how many dog/cat slaughterhouses must be present in the vicinity of Gwanak-gu, Seoul to supply all of these outlets. 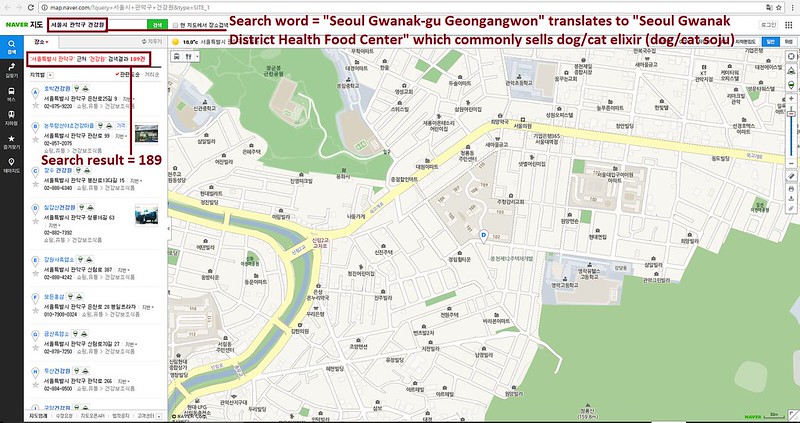 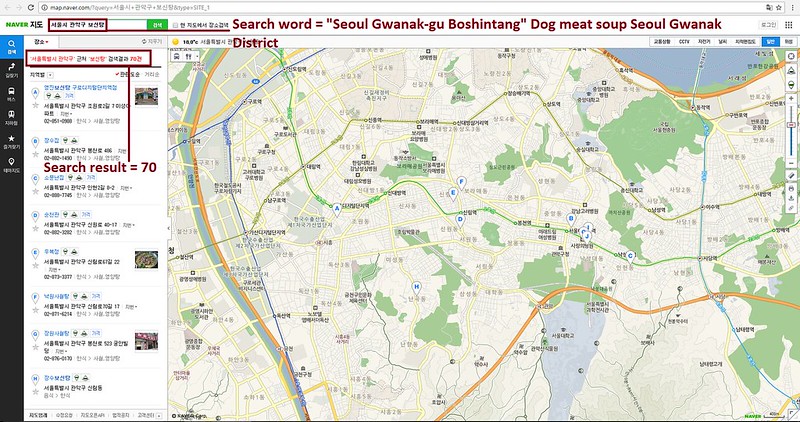 No matter where you live, PLEASE SHARE these actions with your friends, especially those who live in The Royal Borough of Kingston upon Thames, London!