Is humane slaughtering of dogs for human consumption possible?

posted by KoreanDogs.org team on July 6,2017 in Uncategorized

Below is translation of article written by Dr. Myung Bo-Young and published : 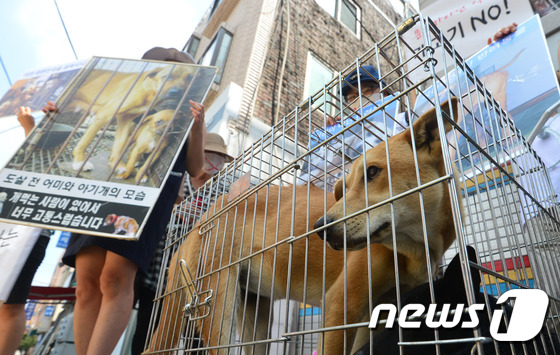 Veterinarian Myung Bo-Young: People’s expectation that the new government should institute a phased ban on dog meat is increasing. Until now, the dog meat issue has been stalemated due to the countless opposing arguments and instead, there has even been a move toward legalization.

I assume many people have experienced the same, but when I was a child I witnessed a scene where adults were beating up a dog with a club in a vacant lot. As a child, I was very shocked and wondered how can this be happening. And the trauma from that day has lasted for a while.

I became a veterinarian and have been working in the animal shelter for many years.
I wanted to improve the poor conditions of animal shelters but shelters operated by the city were a place where the lives and deaths of abandoned animals constantly crossed. I was able to help many lives but I also suffered for a while because of the psychological impact.

Last year, a veterinarian at an animal shelter in Taiwan committed suicide which sparked a global debate. It is such a tragedy but I think I can understand how she felt.

Government employees who worked on burying animals alive during the outbreak of foot and mouth disease have complained of serious mental suffering. Unless you are in an industry that deals with the death of animals all the time, there won’t be many who can cope with it.

Not only people in occupations who work with animals with different purposes, such as companion animals, livestock animals, and laboratory animals, but even the general public would suffer from mental stress if they were to encounter similar situations.

‘But it’s ok if we manage the sanitation, and slaughter humanely like cows, pigs and chickens, right?’

To respond to these questions, let’s take a look at the current methods of slaughtering dogs.

In our country, goat slaughterhouses and dog slaughterhouses that carry out large-scale slaughtering generally use electrocution or electric shock followed by bleeding methods. A metal rod that discharges electricity is applied to the eyes or mouth of a dog for 1 to 3 minutes to induce general paralysis. This method either electrocutes the dog or leaves the dog in a paralyzed state after which the jugular vein is cut and the dog bleeds to death.

Some people misunderstand this as euthanasia, but often it does not lead to death and the dog remains conscious.

These symptoms are associated with the severe stress, fear, and anxiety experienced by the animals when they are being harmed.

In some small farms and restaurants, dogs are often beaten with a club, then burned or strangled to death. Electrocution and hanging (by the neck) are often used at the same time.

It is also confirmed that some people use muscle relaxants, which anyone can easily purchase, to give to the dogs before slaughtering them in public while people are watching.

What is the opinion of our society about how the dogs are slaughtered?

In the 2013 Busan’s Gijang-gun dog slaughter case, even though the police had confirmed that the dogs were being killed by sledgehammer blows to the neck, they determined that it is difficult to punish the dog butcher for violation of the Animal Protection Act, stating that this method of slaughter is not considered cruel. In addition, when it comes to cases relating to dog meat consumption or animal cruelty, courts have adjudicated the perpetrators with a mere slap on the wrist, or with a not guilty or simple destruction of property verdicts, despite the fact that the Animal Protection Act contains provisions prohibiting “killing an animal with any other animal of the same species present at the scene” and “inflicting an injury upon an animal with a tool.”

If the courts were to punish these acts of dog slaughter according to the Animal Protection Act, all the dog slaughterhouses around the country could be subject to the law, so the courts seem to have made passive judgments.

The focal points associated with a humane death are ‘pain and consciousness’.

There was a survey of over 300 college students regarding the methods of slaughter for dogs in the dog meat industry. 95% of the students responded that they were “inhumane deaths”. The number of people who think that the current method of slaughter is humane would not be many.

Then you may ask, ‘Is the slaughter of cows, pigs, and chickens humane?’

The method of euthanasia is determined by the animal species, breed, size, breeding status, degree of docility, presence of injury or disease, and the degree of excitability.

Dogs are clearly different animals than industrial animals such as cows and pigs.
I am not saying that the slaughtering of industrial animals is humane, but for these animals methods developed from extensive research are being used. Studies related to the euthanasia of dogs have also been conducted over a long period of time. However, there is no study of slaughtering dogs for human consumption anywhere in the world. There’s only research related to euthanasia of abandoned animals.

There are international guidelines for the killing of animals commonly used by organizations such as OIE (World Organization for Animal Health) and world-renowned animal protection groups.

The following is related to the humane death of an animal as specified by the American Veterinary Medical Association (AVMA).

1. To be able to kill without accompanying pain; 2. To shorten the time required for loss of consciousness; 3. To shorten the time to death; 4. To be certain; 5. To be safe for the practitioner; 6. Cause minimum psychological stress; 7. Suitable for the purpose and necessity ; 8. Low emotional impact on the practitioner and the people involved; 9. Economical ; 10. Suitable for histopathological evaluation; 11. Consideration for the effectiveness and the harmful effect of drugs.

The methods used in our country for slaughtering dogs, such as electrocution, strangulation, bleeding, and muscle relaxant, are classified as inhumane deaths.
Also drug-induced slaughter is a method that should not be used in animals intended for consumption because it affects the human body.

Electrocution, which is mainly used in the dog meat industry, was once used as a euthanasia method for dogs, cats, sheep, pigs, fox and mink many decades ago. Now it is not only classified as an inhumane method around the world because it causes extreme pain and stress, it is no longer used.

The problems regarding electrocution that the American Veterinary Medical Association (AVMA) refers to are as follows.

1. It is dangerous to humans; 2. It takes a long time; 3. It is not a useful method for dangerous animals; 4. It is not good to see because limbs, head and neck become rigid; 5. After the electricity discharge is stopped, cannot maintain ventricular fibrillation and therefore the animals may not die; 6. Causes severe pain and stress.

For these reasons, the American Veterinary Medical Association classifies electrocution as an inhumane death.

If so, what is the accepted method of euthanasia for dogs worldwide?
It is euthanasia using proper drugs.

However, its use on animals consumed for food and feed is forbidden as the medication will accumulate in the people and animals who feed on these drugs.

The methods of slaughtering industrial animals are continuously challenged, and research is being conducted for humane slaughtering all over the world.
On the other hand, studies on the slaughter of dogs for human consumption have never been done.

This is one of the most important reasons why dog slaughter (for human consumption) must not be legalized.

Dogs are not cows or pigs. 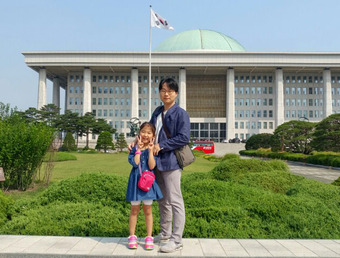