posted by KoreanDogs.org team on June 9,2015 in Campaign, Event 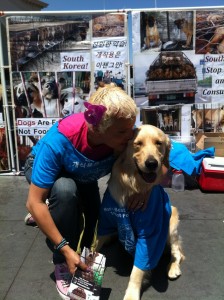 Daniela and Buster Posey were fantastic! Thank you!!!

Thank you Daniela, Buster Posey(the golden retriever), Kathy, Don, Jia Hue, Giny, Sharaun, Milo, Skittles and her mommy, Sung and her family of three girls and Jinju for your dedication to help end the horrific South Korean Dog Meat Trade and spending your Sunday advocating for the South Korean dogs in meat trade! We had four dogs came to help on this day and two of them, Milo and Jinju are rescued from Korean dog meat farm. We are so grateful for your caring hearts and compassion. We had another great day of giving a voice to the voiceless South Korean dogs and cats. We handed out about 1000 leaflets and met so many people from all around the world. We also collected 427 signatures to our petition addressed to the South Korean President Geun-Hye Park. We also received donation in the amount of $25 and donated this to the group of very dedicated activists in Korea fighting against the dog meat trade at the Seoul Gyeongdong Dog Meat Market: Nami Kim and the Korean Activists. 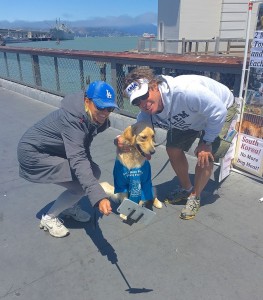 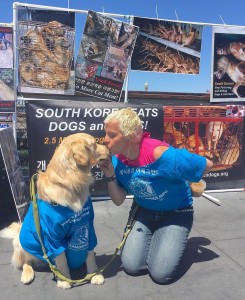 Orso passed the torch to Buster, a 14 months old Golden Retriever to help out at our event and he came to work with Daniela today. She is proud of Buster, he has been a good boy all day long. 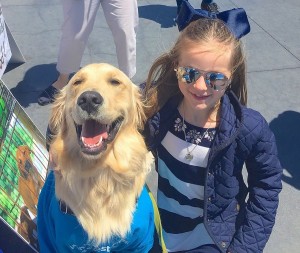 This cute girl was so smitten by Buster she came back with her parents twice to sign the petition. 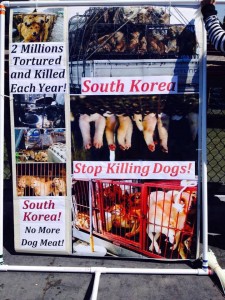 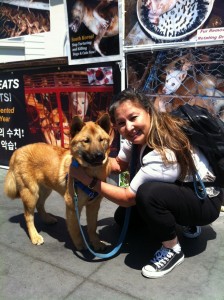 Sharaun and Milo. Thank you for being a voice for your friends in Korean dog meat farms, Milo! 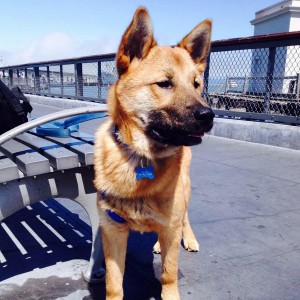 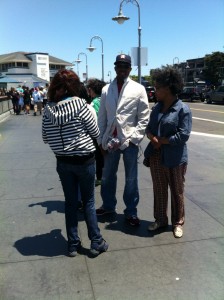 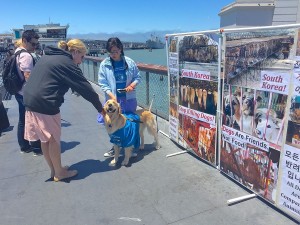 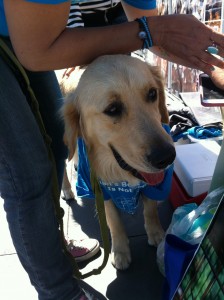 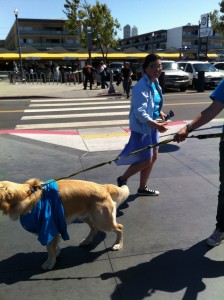 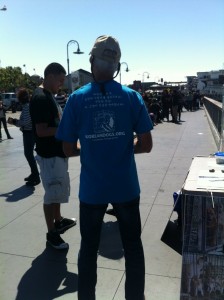 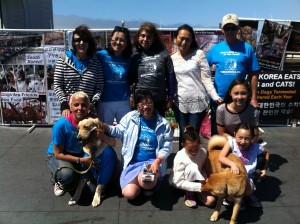 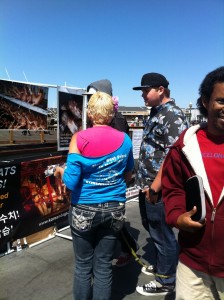 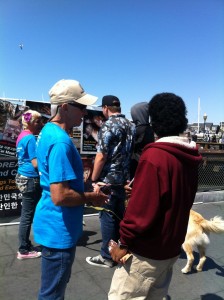 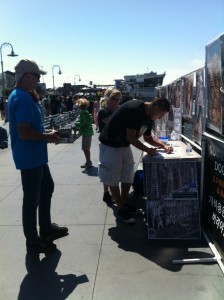 Petition signatures collected were sent to the South Korean President Geun-Hye Park and the South Korean Ambassador Ho-Young Ahn in Washington D.C. on June 12, 2015. Included also in the packages are a copy of this blog page, our campaign t-shirts, and a copy of news in Korean, 600 Stray Cats Boiled Alive, and How much is a fair price? Disputes over price of dog meat goes to the Fair Trade Commission. 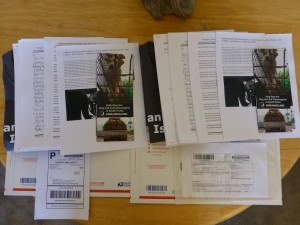 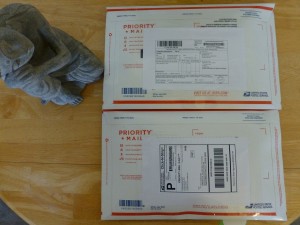