Home / Blog / KT Wiz, SK Wyverns and the Korea Baseball Organizations, Be true role models on and off the field; speak out against Dog Soju (Elixir).

KT Wiz, SK Wyverns and the Korea Baseball Organizations, Be true role models on and off the field; speak out against Dog Soju (Elixir).

posted by KoreanDogs.org team on April 3,2017 in Action Alert, Campaign 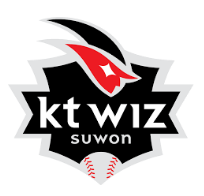 KT Wiz, SK Wyverns and the Korea Baseball Organizations: Be true role models on and off the field; speak out against Dog Soju (Elixir). It is a cruelty product which is harmful to your health.

Professional athletes are highly visible role models and can have tremendous influence on their fans and aspiring young athletes. What they do and what they say can have a large impact. Many professional athletes share the belief that dog tonics and soup enhance their stamina. The ugly truth is that dog tonics and soup are harvested and created in an unregulated industry in the most disgusting and unsanitary conditions. From start to finish the treatment of the dogs is incredibly cruel and inhumane.

We are reaching out to the South Korean professional baseball league and its teams to help us bring an end to the Dog Meat Trade in South Korea.

Two search results on Naver (the most popular search engine in Korea) – the first one was for so-called “Health Food Centers” which commonly sell dog elixirs and cat elixirs (also known as dog soju and cat soju); and the second one was for “dog meat restaurants” reveals the sickening scale of South Korea’s dog meat demand: 12,979 Health Food Centers; and 4,024 restaurants in Korea.

Even if half of these ‘Health’ Food Centers and restaurants serve dog and cat ‘ingredients’ in one form or another, imagine how many dog/cat slaughterhouses must be present in Korea to supply all of these outlets.