posted by KoreanDogs.org team on November 7,2012 in News 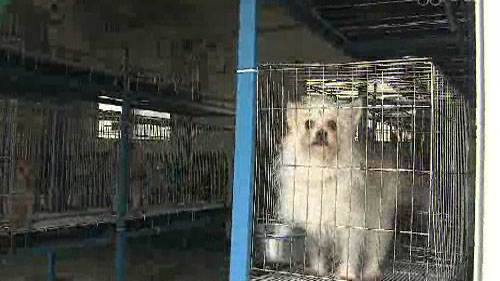 A survey result just released indicates a big increase in opinion that favors adoption of abandoned animals as pets.

Based on a survey conducted last September 10-23 targeting 2,000 adult men and women by Korea Socio-economic Research Center commissioned by the Quarantine Inspection Division of the Ministry of Food, Agriculture, Forestry and Fisheries, 80.6% of the responded favored the idea of adopting abandoned animals from animal shelters.

This recognition is 21.4% higher than in 2010 and the Quarantine Inspection Division analyzed that the celebrities’ abandoned animal adoption campaigns have contributed to this increase.

In order to raise the standard of animal protection, responses that appropriate education should be provided in the elementary school curriculum was the highest with 33.0% and promotion of animal protection and strong punishment for animal cruelty followed with 29.0% and 19.7%, respectively.