posted by KoreanDogs.org team on August 1,2017 in Action Alert, Campaign 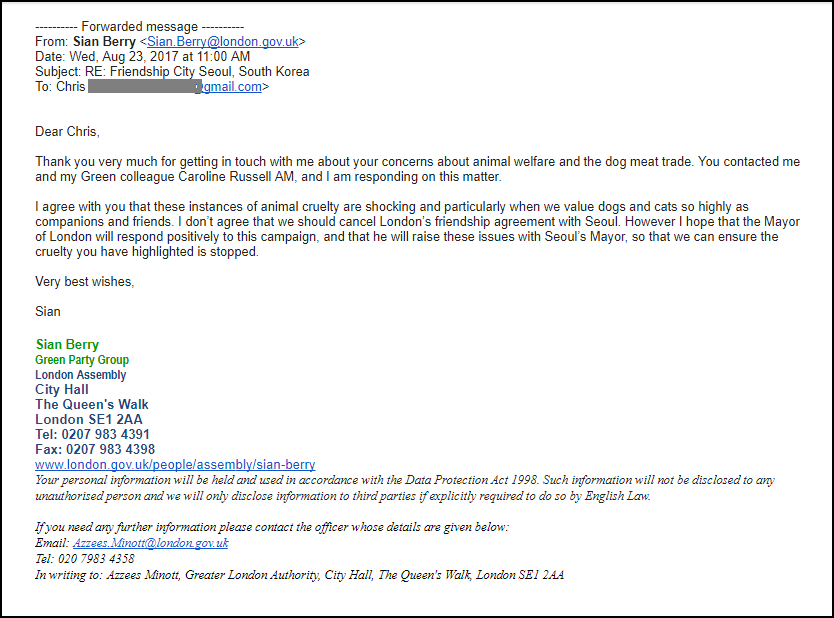 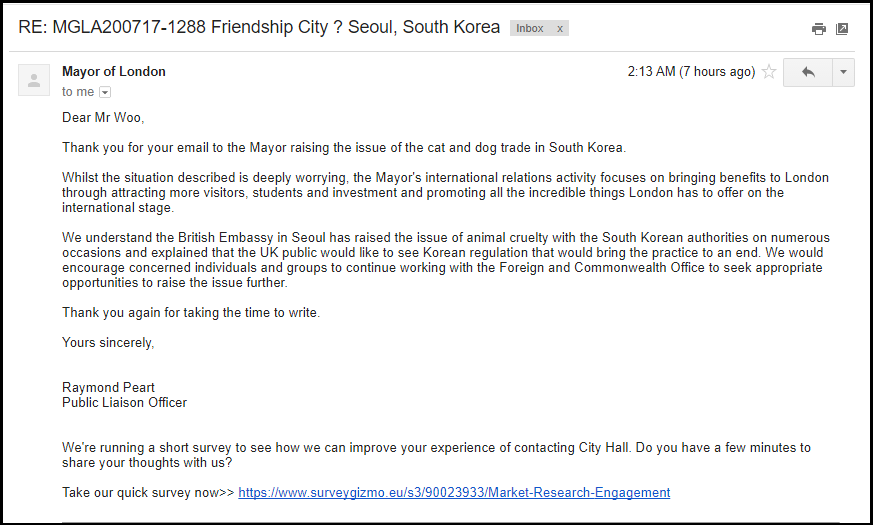 The Mayor of London, Sadiq Khan, has responded to our petition through his Public Liaison Team. In the response, it seems that they are confused that we are petitioning about an event in Korea where dog eating is practiced. We assume they intended to address our petition urging London to speak out against their Friendship City, Seoul’s dog meat cruelty. In the response, he says, “I am sorry we cannot help,”; but it seems as though his city is supportive of our campaign by saying that they have “no plans to deliver a Korean Festival on Trafalgar Square this year.” They have not “received any event proposals from external event organizers.” The Mayor also states that the City of London “has had no involvement with the Korean Festival which took place on the 8th July at the Olympia London venue.” I can say that our campaign is a success. What do you think?

What we do matters, and it makes a difference. So please don’t give up and keep up the great work. Thank you, Mayor Khan, and we hope you will change your mind and speak out for these poor Korean dogs someday. Thank you to all the supporters who have taken action. 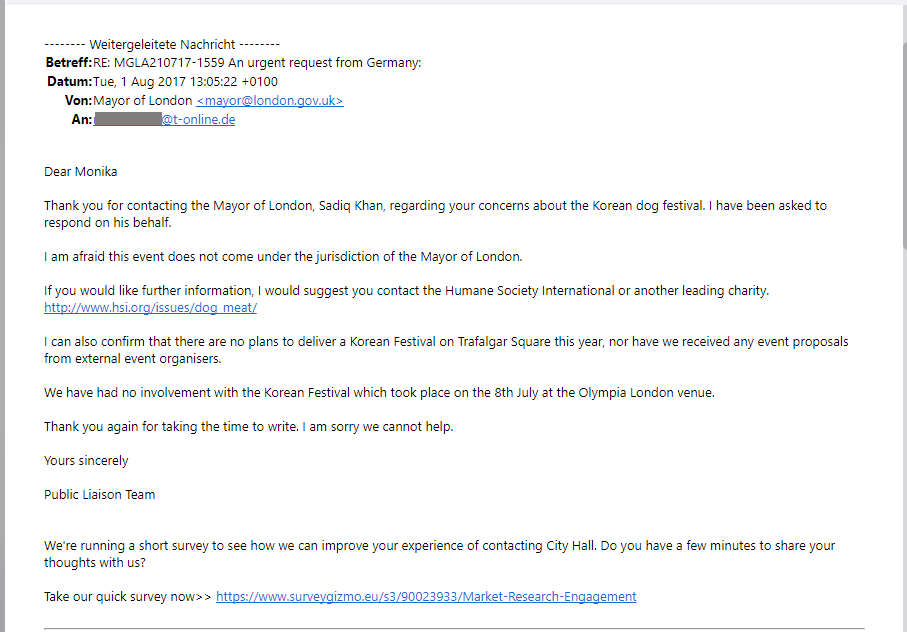 Below is our thank you letter sent to the Mayor Khan on August 3, 2017:

We would like to thank you for taking the time to respond to our petition request; your response means a lot to us as the plight of these animals is of great concern to our many supporters. We are heartened to know that there are no plans to hold a Korean festival on Trafalgar Square this year and we feel sure you agree that the citizens of London would not wish to celebrate a culture which endorses animal cruelty and abuse, and which turns a blind eye to the health hazards caused to its citizens by all aspects of the aberrant dog meat trade.

Thank you again, and we respectfully ask that you bear this issue in mind when liaising with your Korean counterparts on friendship city matters. 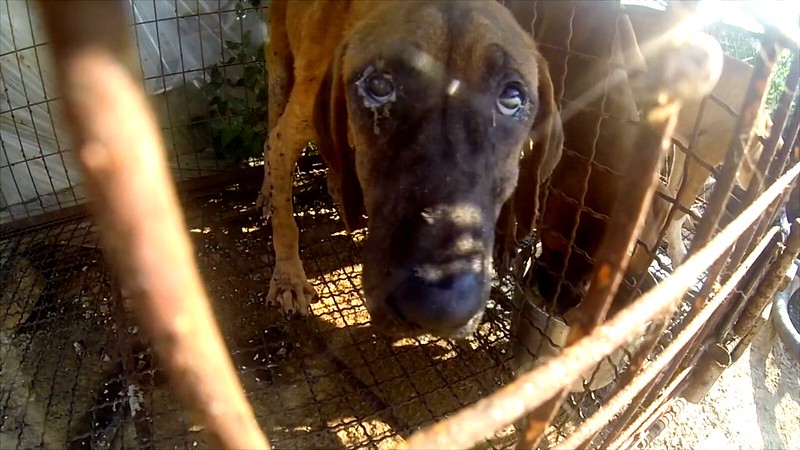