We filed our Change.org petition, Minister of Justice Mr. Park Sang-Ki: please enforce your laws to protect all of Korea’s companion animals from the horrendous meat-trades and cruelty. on e-People online petition. Our petition was forwarded to the Ministry of Food and Drug Safety, Food Policy Coordination Division for a response.

South Korea, please stop ignoring the problem and stop the illegal and shameful dog and cat meat trade. We will boycott Samsung, Kia, Hyundai, LG and will not visit Korea until this horrendous torture ends. 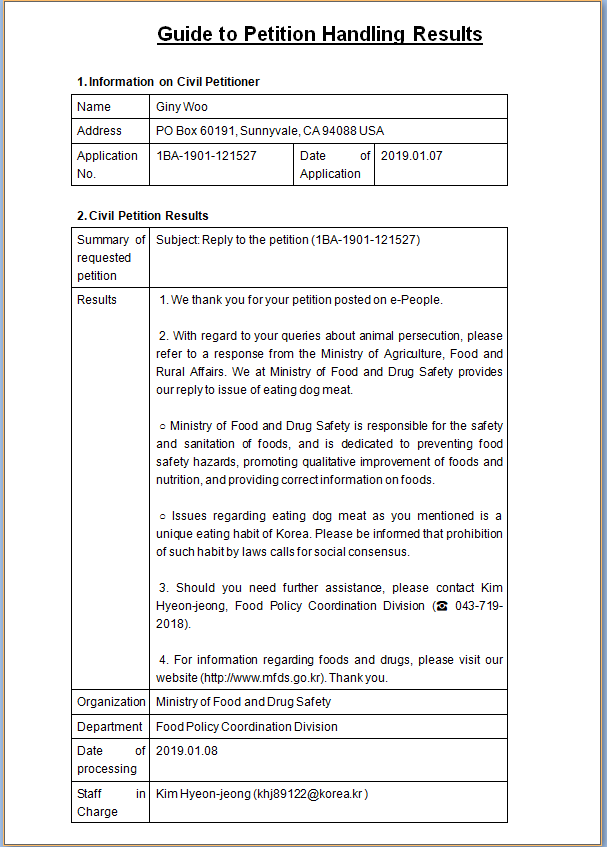 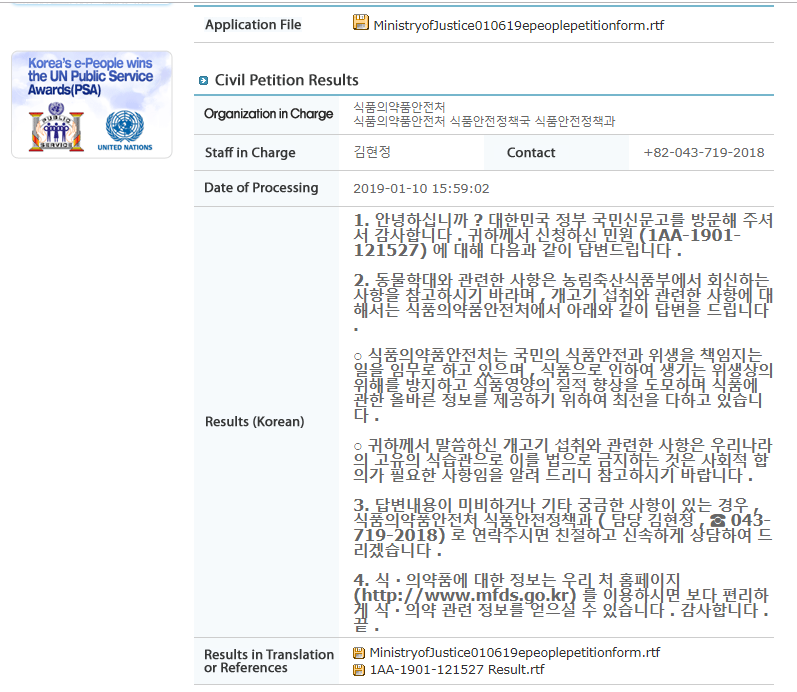 it fails to substantiate and evidence what direct actions the Ministry of Food and Drug Safety is taking to enforce existing laws to disrupt the entrenched dog meat trade in South Korea. We have not been provided, in this response, with any evidence of any direct actions taken by the Ministry of Food and Drug Safety, such as recorded information relating to inspections, monitoring and actual enforcement action taken against violators, in relation to dog meat farming, slaughterhouses and businesses selling dog meat and dog meat products (such as dog elixir and dog soju);

it fails to show what actions the Ministry of Food and Drug Safety is taking with regard to proposing amendments to existing legislation or bringing in new legislation to address and end the dog and cat meat trade, and

it fails to formally acknowledge the existence of the illicit dog and cat meat trade within South Korea and the problems this poses to human health, animal welfare and organised crime, which has been widely documented by both domestic and international NGO’s and animal charities.