posted by KoreanDogs.org team on January 8,2019 in Action Alert, Campaign

This is a typical response from the Korean government citing a lack of relevant laws for their failure to close down dog meat industry. This is inaccurate as well as shamefully indifferent. Click HERE for the legal information by the Korea Animal Rights Advocates.

Further, as they do not regulate the dog meat industry they therefore would not have any evidence that the dog meat farms, slaughterhouses and markets do not exist in their county.

Our campaign is still effective because now they are aware that the eyes of the world are watching what’s going on in their county’s dog meat industry. They stated that they try to change the perception about the eating of dogs to the residents of their county, please keep up the pressure by taking action! 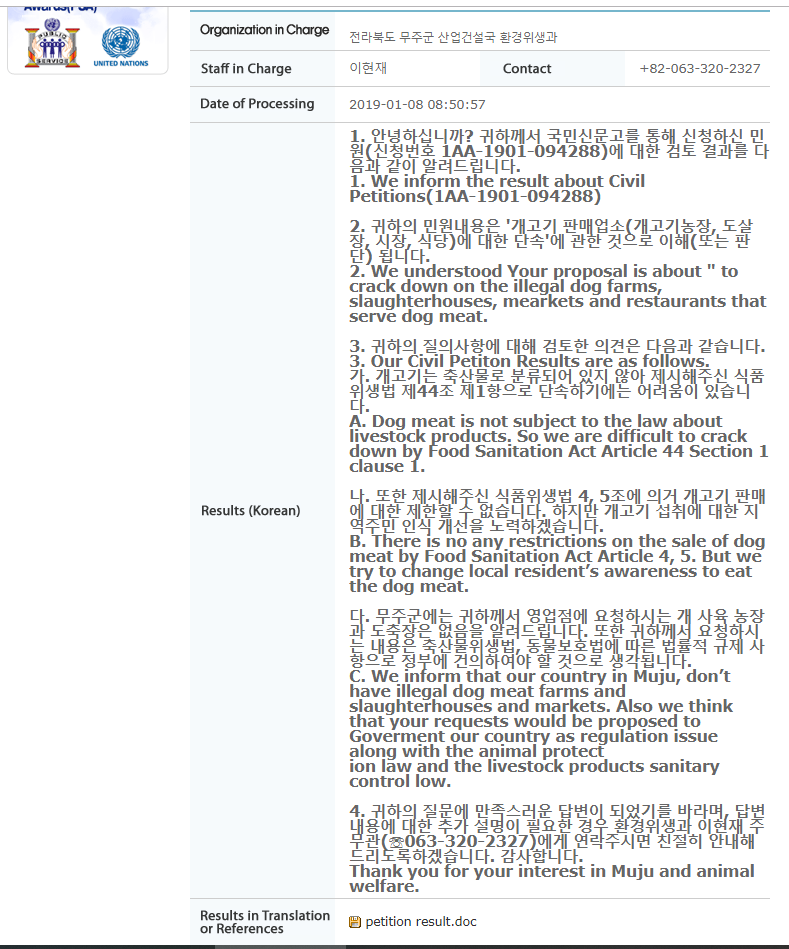