posted by KoreanDogs.org team on August 15,2012 in News 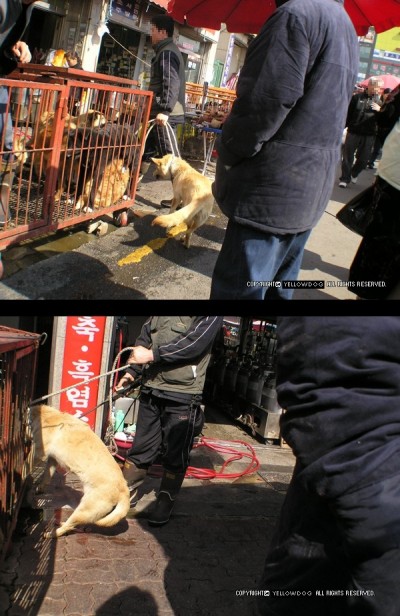 Seongnam-city (Gyeonggido-province)’s Moran market, the nation’s largest 5 day traditional outdoor markets, is on the crisis of being disappearing.
Merchants who has been conducting business in this market for close to 50 years are having hard time not able to find a place to relocate.
Seongnam-city’s Moran market that opens for business 4th and 9th days, every 5 days without fail.
Started in 1964 this is the largest market that opens every 5 days with 130,000 people gathering from all around the country.
However, as this market is being transferred to the “Bogumzari” housing district’s road, the situation is that the market has to give up their space within this year.

However, the merchants who has been carrying on the tradition for nearly 50 years can’t find a place for relocation.
According to the current law, 5 day markets are exempt from the “Traditional Market” designation and there is no compensation for the loss of land.
The fact that Moran Market is temporarily opening on the covered road is also blocking the “Traditional Market” designation.
Because of that reason, LH Construction that is in charge of the “Bogumzari (meaning “home”)” Housing project is trying to delegate all market relocation issue to the government.

Seongnam-city is reviewing the Moran Market relocation issue but the relocation cost is one hundred billion won. (USD $90million)
Because of the huge cost, the market that has been in existence for half the century is in the danger of being disappearing into history.