posted by KoreanDogs.org team on November 3,2015 in Campaign, Event

We had another amazing day of giving a voice to the voiceless South Korean dogs and cats. A big thank you to Elizabeth, Zandra, Kit, Don, Kathy, Yimei and Giny for your dedication to help end the horrific South Korean dog meat trade and spending your Sunday advocating for these South Korean dogs! We are so grateful for your caring hearts and compassion. We showcased our new Spanish leaflets for the visitors from the Spanish speaking countries and the Hispanic Americans not fluent in English. It was very helpful in reaching a new demographic. We also handed out about 500 bumper stickers that read “MAN’S BEST FRIENDS ARE NOT FOOD! KOREANDOGS.ORG”. We were there from 10am until 4pm and handed out about a thousand leaflets. Literally tens of thousands of people walked by and in shock and horror, saw our displays. They lined up in long lines to sign our petition addressed to the South Korean President Geun-Hye Park. We collected 715 petition signatures. We met a couple from Argentina who was appalled to learn about the cruelty and very interested in spreading the word in their country when they return home. So we gave them some extra Spanish leaflets to hand out to their friends and families. Even as we were taking down our displays, people were still lining up, wanting to sign our petition and help these poor dogs. 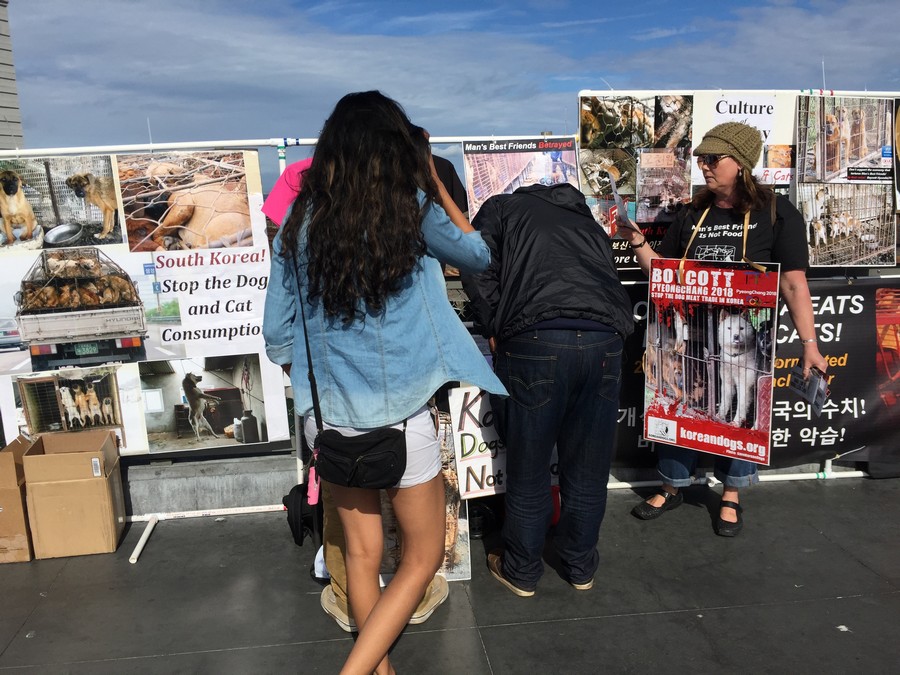 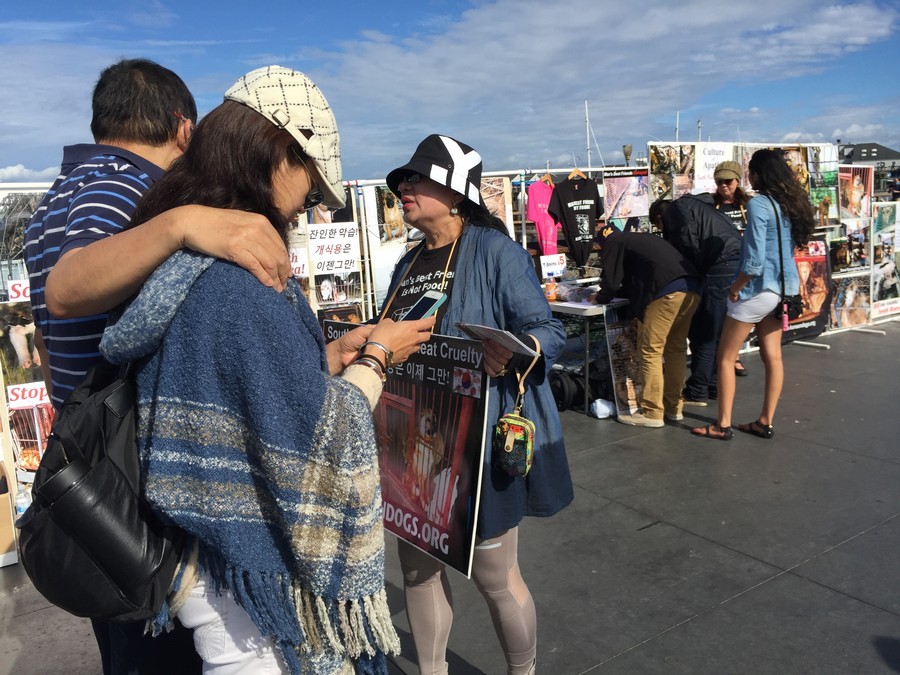 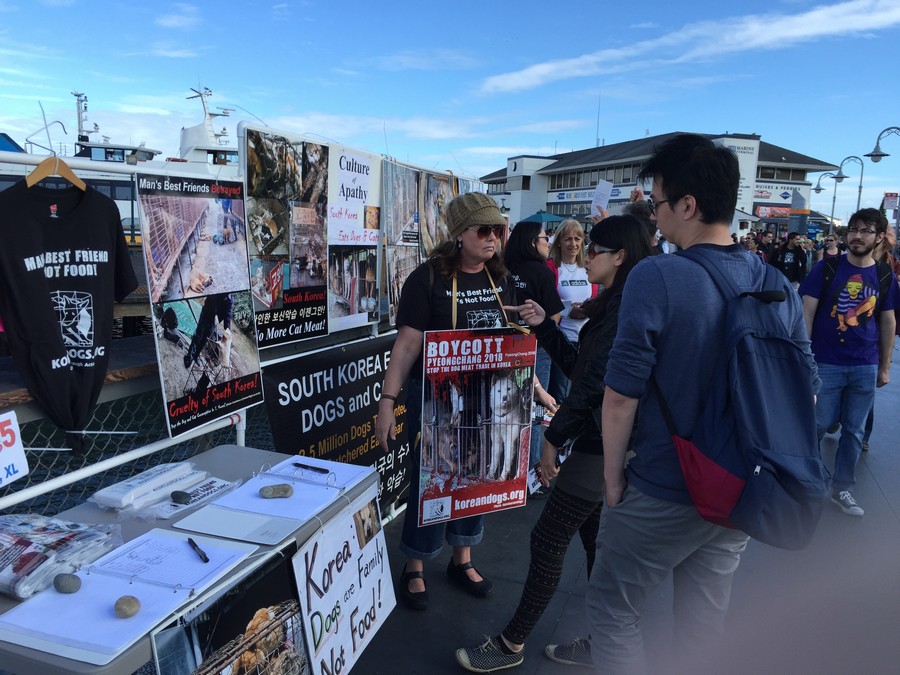 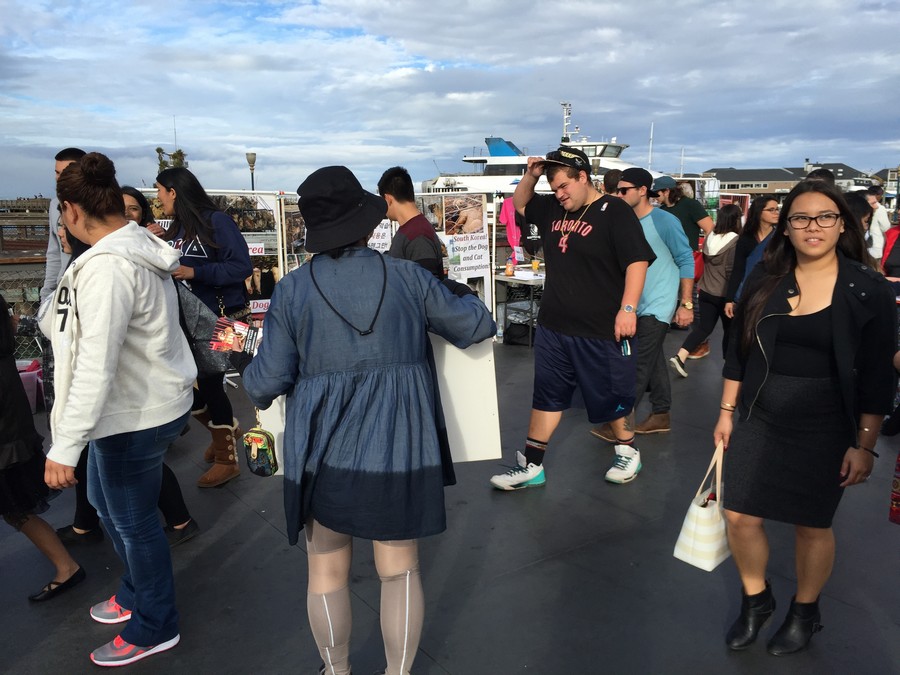 Copies of all 249 pages of petition signatures collected since we started collecting signatures at the San Francisco Fisherman’s Wharf events (Feb 16, 2014) were sent to the Secretary General of the United Nations Ban Ki-Moon, President of the United Nations Economic and Social Council(UN ECOSOC) Oh Joon, and the South Korean National Assemblywomen Shim Sang-Jeong on November 17, 2015 by United States Postal Service Priority Mail with Signature Confirmation. 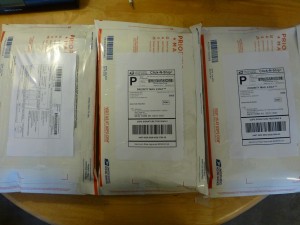 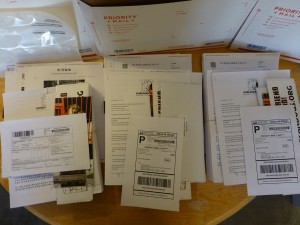