posted by KoreanDogs.org team on July 31,2018 in Demonstration, The Animals' Battalion 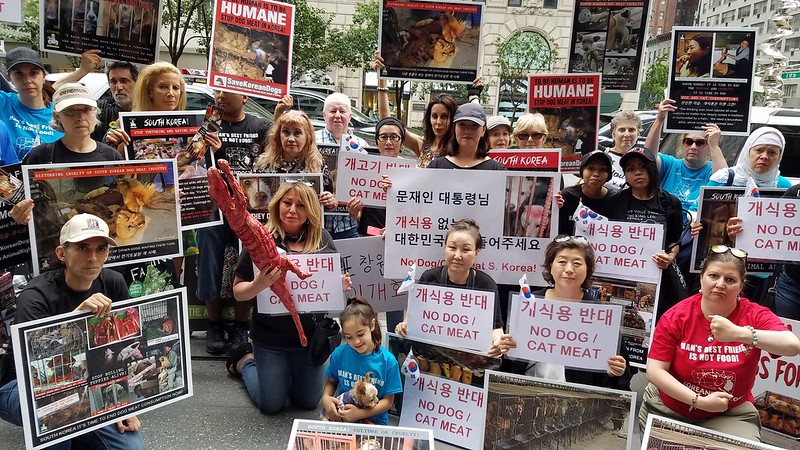 The Animals’ Battalion is holding a series of demonstrations in New York City, for the fourth year in a row. They are demonstrating outside the South Korean Consulate, to make that government aware of how strongly we abhor their indifference to the mass cruelty and suffering inflicted on sentient animals, within the dog and cat meat trades; and also of the failure of their government to bring about an end to this evil trade which makes profits from the suffering of animals.

Tuesday, July 30, was Day 2. Thank you to The Animals’ Battalion for organizing this demonstration, especially Noelia and Roberto and all the dedicated animal advocates who came to help. We are especially happy to see many Koreans who came to speak out that they, too, are against the cruelty of dog eating practice and they want it stopped just as much as we do. Thank you so much for standing up for compassion!

We hope to see everyone again at the Day 3 demonstration on August 16. If you are in the New York area, please join us. If you are not in New York, don’t worry. You can still participate and show your support by joining our Phone Blitz. Click HERE for learn more.

We had so many activists at today’s demo we could barely fit them into the picture! Thank you all so much for coming out to speak out against this barbaric trade. We had a petition going, a message was delivered directly from Korea to the consul general and we had pretty good interactions with the public. Best of all we had a great turnout despite the change of date. Thank you for your dedication, share your images of the dog cat meat trade on social media and keep fighting the good fight. 🐶 😸 🐕 🐈 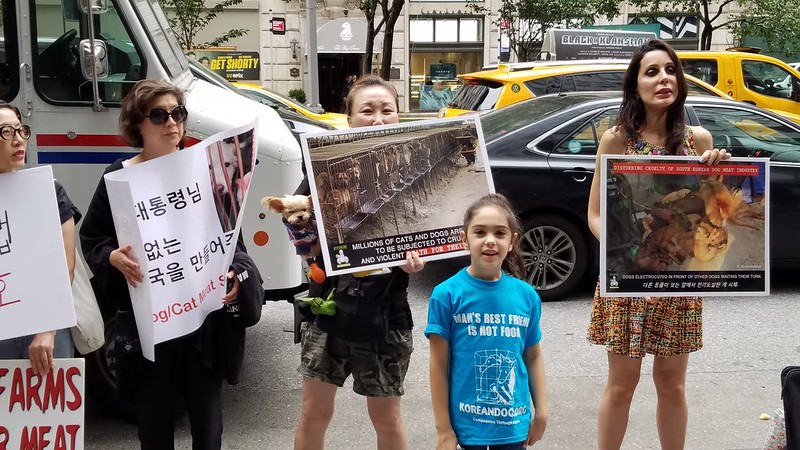 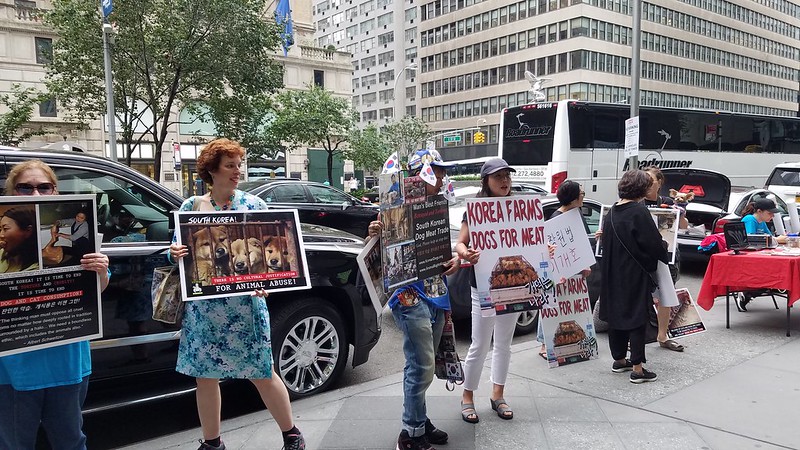 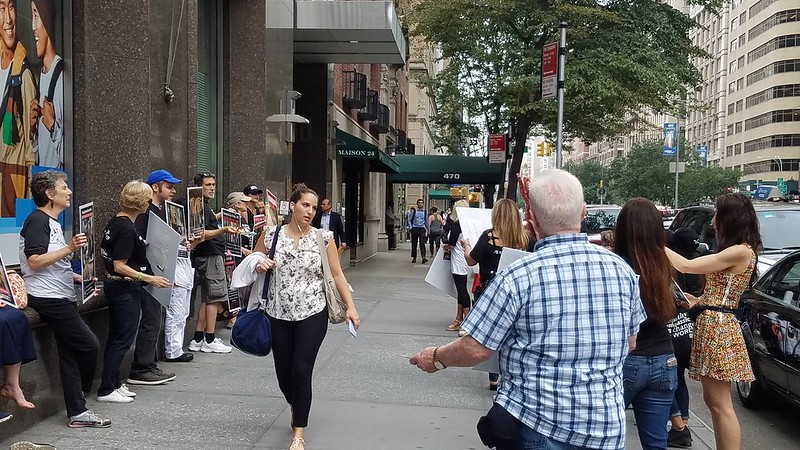 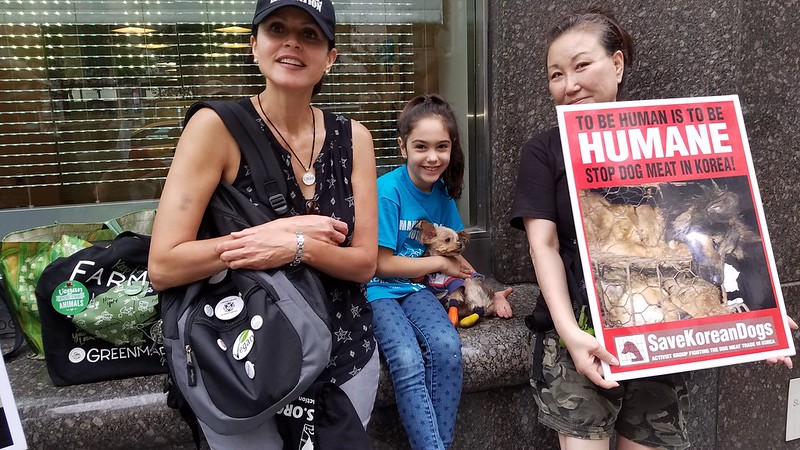