posted by KoreanDogs.org team on April 16,2015 in Campaign 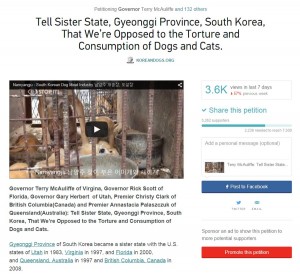 Receipts for USPS Certified Mail with Return Receipt Services for the petition letters mailed to the Governor Terry McAuliffe of Virgina, Governor Rick Scott of Florida, and Governor Gary Herbert of Utah. 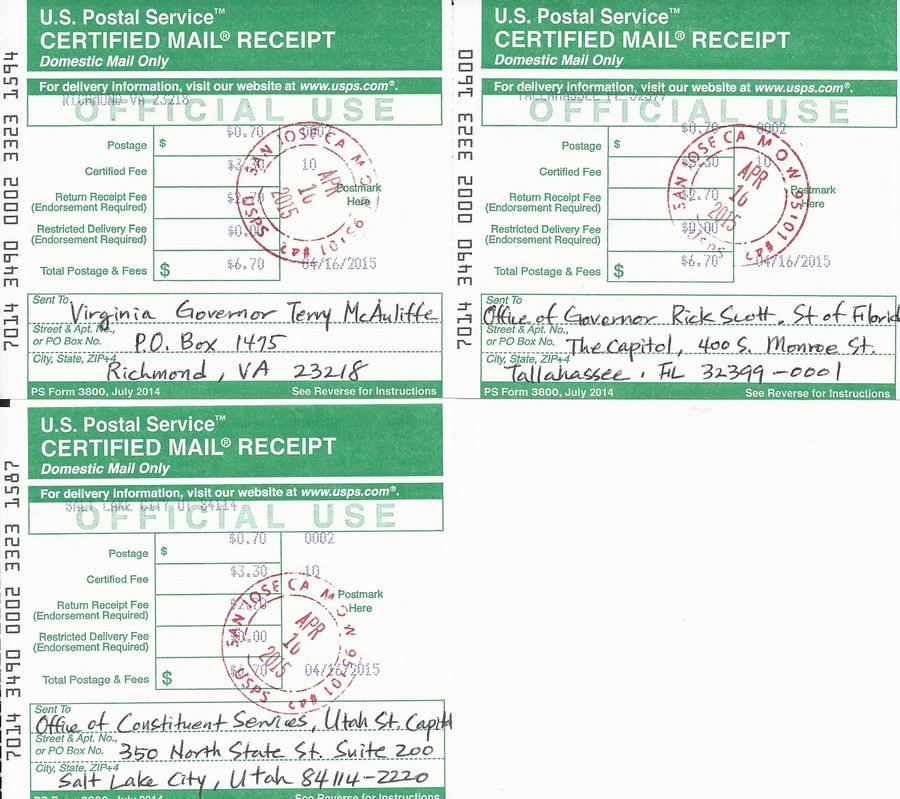