posted by KoreanDogs.org team on November 7,2017 in Action Alert, Demonstration

We received the response below from the Korea National Police Agency regarding our petition against the Korean Dog Slaughterers’ Demonstration, held in Seoul on September 22, 2017.

We are grateful to all of you who took action and spoke out against this vile display of inhumanity.
The Roman poet, Ovid said “Dripping water hollows out stone, not through force but through persistence.” Ovid may have lived over 2,000 years ago but the meaning of his words still holds true: what we do really matters and makes a difference – in whatever way, however small, step by step our action is helping bring an end to this horrific cruelty in South Korea. So please keep it up. 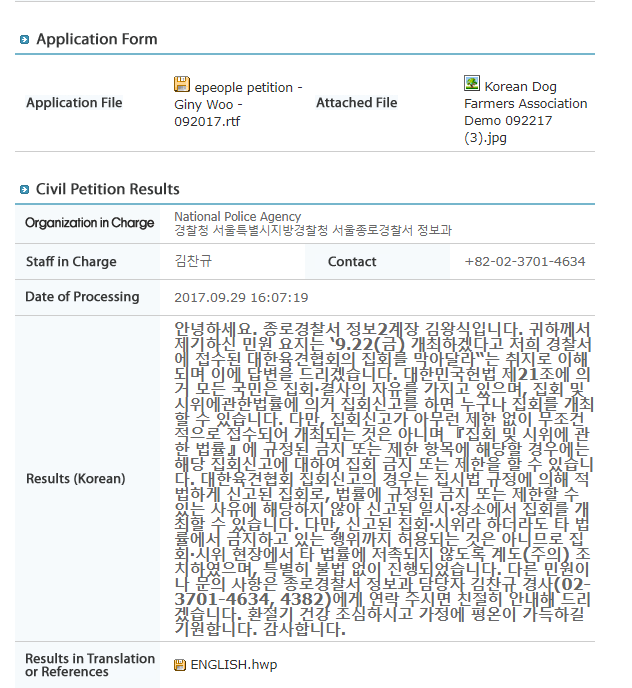 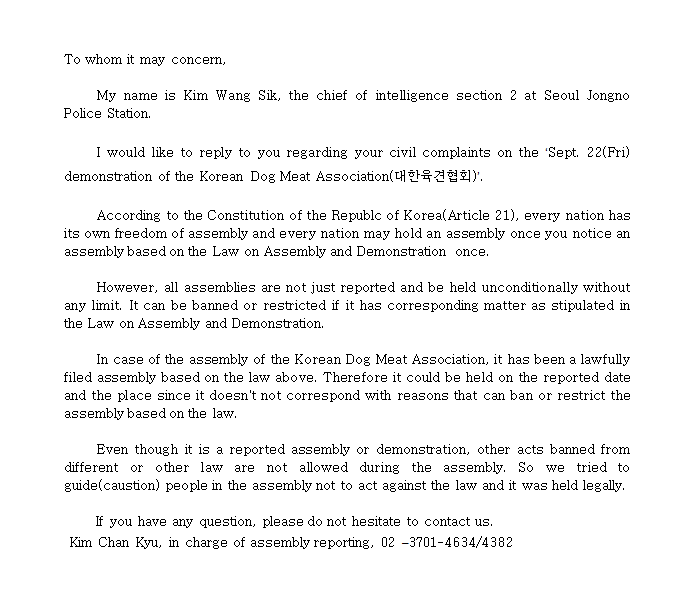 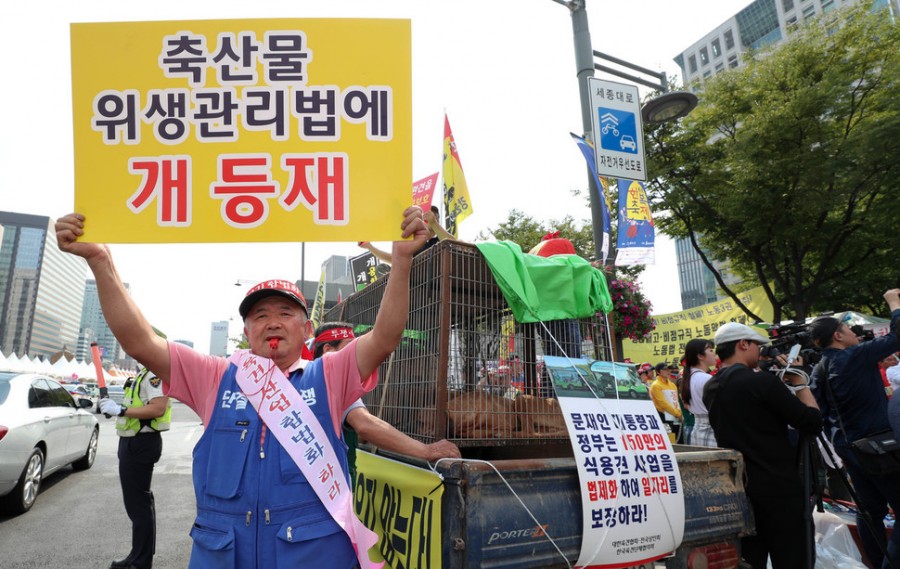 Photo: Dog farmers demand that their industry be legalized. Hankyoreh. Oct 8, 2017. About 250 members of the Korean Dog Farmers Association staged a large demonstration on Sept. 22 demanding that their industry be legally recognized and regulated like other livestock sectors. The association members are also protesting a bill offered in the National Assembly by Minjoo Party lawmaker Pyo Chang-won that would ban the consumption of dog meat. The farmers gathered in Jong-no with nine caged dogs and then marched toward the Blue House. (Kim Jeong-hyo, staff photographer)