posted by KoreanDogs.org team on August 9,2015 in Uncategorized

The charges against Nami Kim for her courageous rescue of 2 puppies from the dog hanging animal abuser of Hot Pot Dog Meat Restaurant in Incheon, South Korea have been dropped.
The owner of Hot Pot Dog Meat Restaurant agreed to a settlement of $100.00.
We would like to thank everyone who signed our petition and wrote to the Incheon Prosecutor’s Office to protest the unfair charges against Nami Kim. Our actions do matter! Our actions do make a difference!

So please, keep taking action to save the South Korean dogs and cats from such horrific brutality. They don’t have a voice but we do, and we can use our voices on their behalf. Click HERE for Call for Action!
Thank you for caring! And thank you for taking action!

Petition: Drop the charges against Nami Kim who rescued two puppies from the “Dog Hanging Animal Abuser” of the Hot Pot Dog Meat Restaurant in Incheon, South Korea! Mailed on 8/6/2015 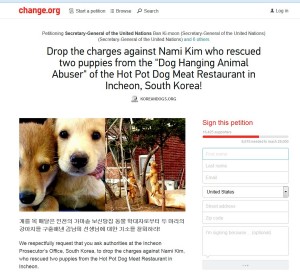 Thank you for signing our petition urging the Incheon Prosector’s Office to drop charges against Nami Kim, an anti-dog meat activist and dog rescuer in South Korea. We sent the package including the petition letter with signatures to the Prosecutor Choo Woong Il on August 6. The same petition packages are also going out to the South Korean President Geun-Hye Park and the Ambassador of the Republic of Korea to the United States of America, Ho-Young Ahn on August 10, 2015.

Nami’s court date is coming up soon but please keep sharing this petition to show your support for Nami! 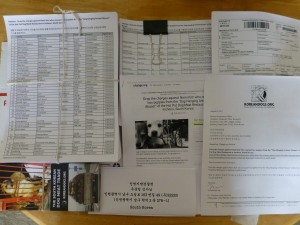 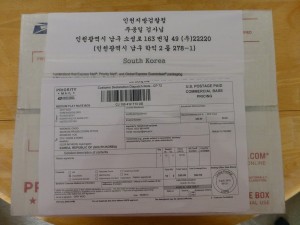 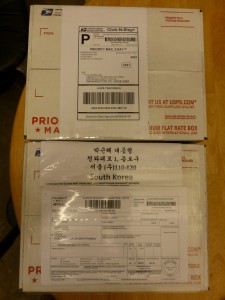 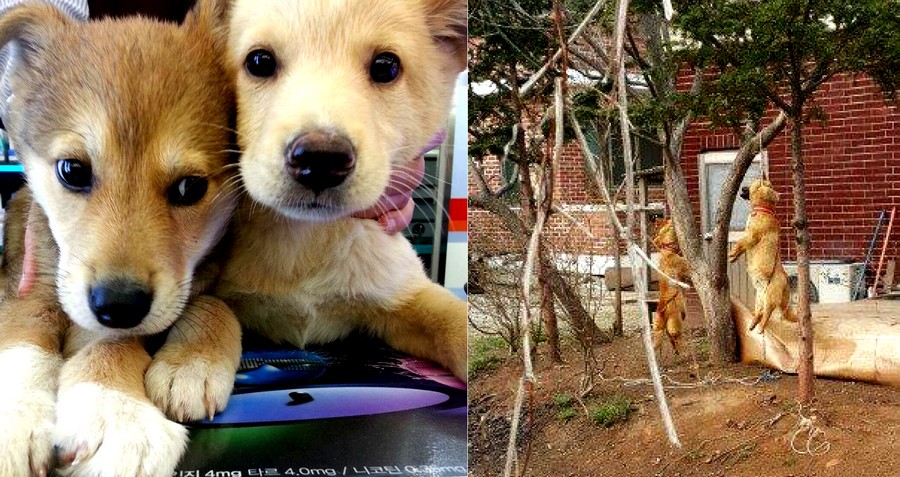 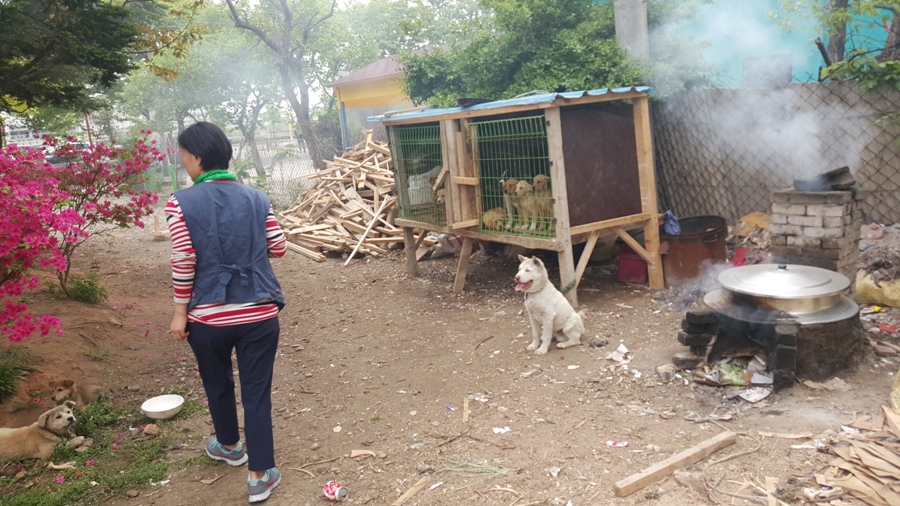