posted by KoreanDogs.org team on March 8,2019 in Action Alert, Campaign

Below is Seoul Gangseo-gu District’s response to our petition: Seoul Gangseo-gu, South Korea, Shut down the illegal dog meat farms, slaughterhouses and markets. This response is a typical one from Korean government, which states; basically that they will do nothing, and they can do nothing, about the dog and cat meat industry and its inherent cruelty. 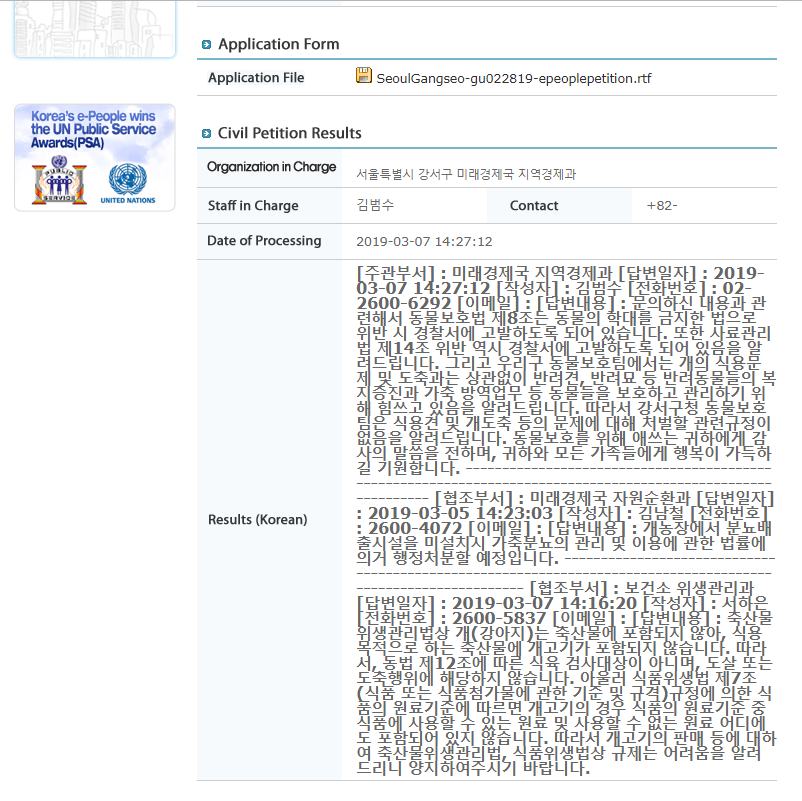 it fails to substantiate and evidence what direct actions the Seoul Gangseo-gu District is taking to enforce existing laws to disrupt the entrenched dog meat trade in South Korea. We have not been provided, in this response, with any evidence of any direct actions taken by the Seoul Gangseo-gu District, such as recorded information relating to inspections, monitoring and actual enforcement action taken against violators, in relation to dog meat farming, slaughterhouses and businesses selling dog meat and dog meat products (such as dog elixir and dog soju);

it fails to show what actions the Seoul Gangseo-gu District is taking with regard to proposing amendments to existing legislation or bringing in new legislation to address and end the dog and cat meat trade, and

Below is response Francie received from the Seoul Gangseo-gu District. Thank you, Francie for taking actions for the Korean dogs!! 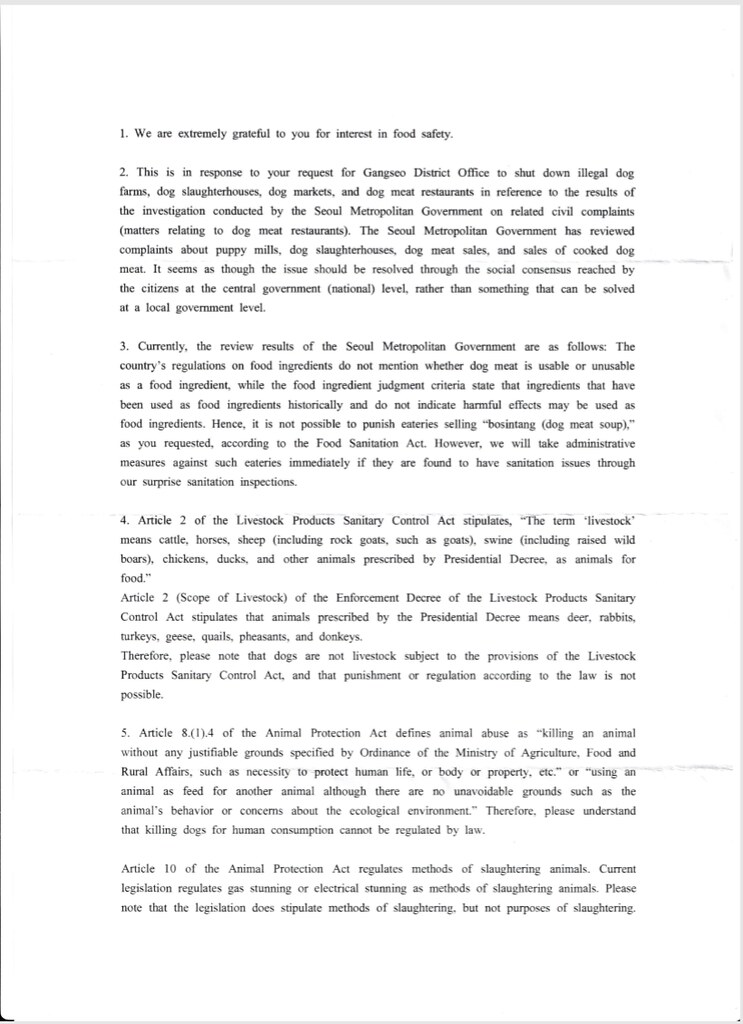 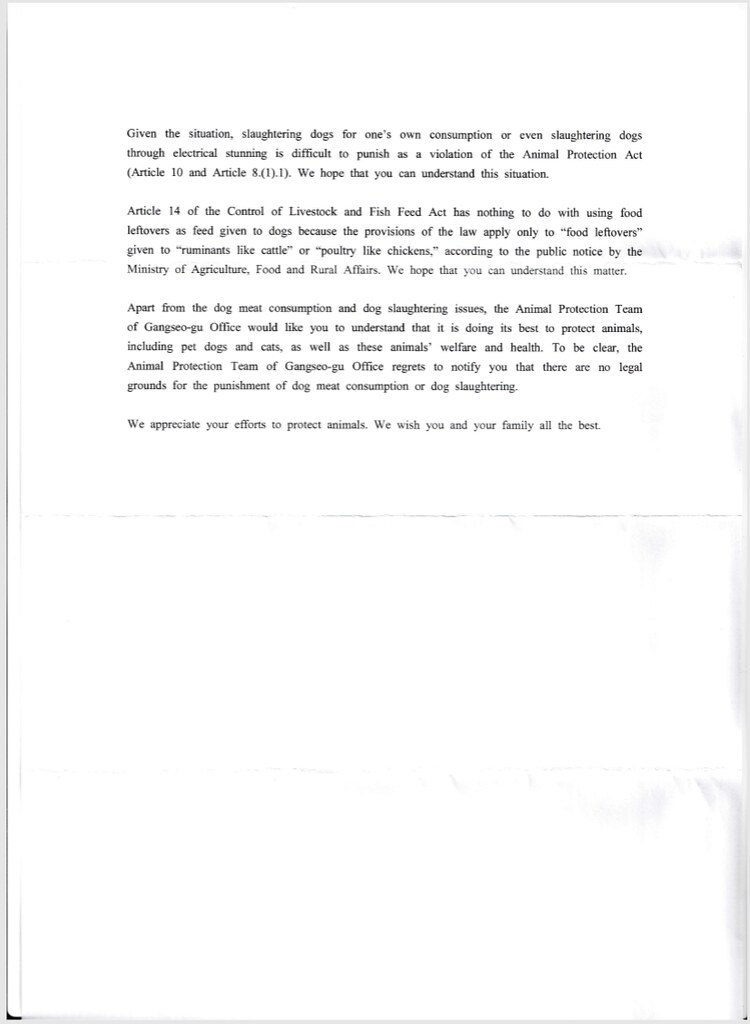 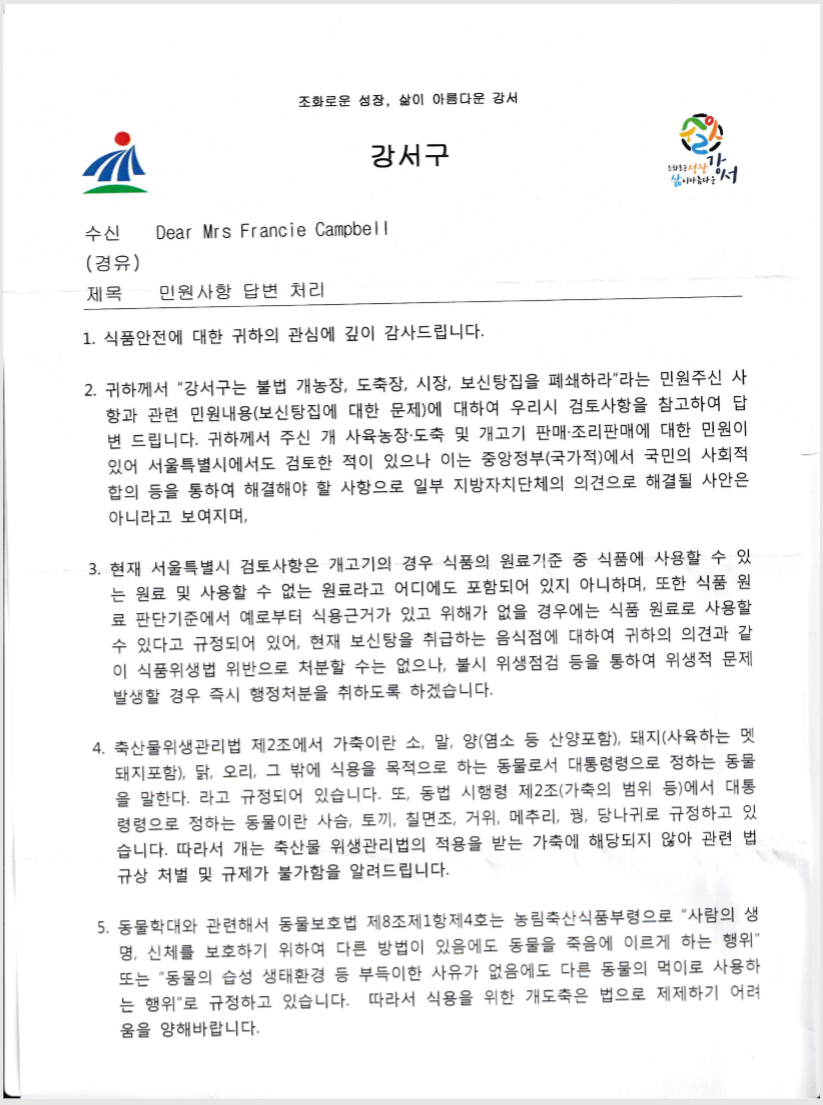 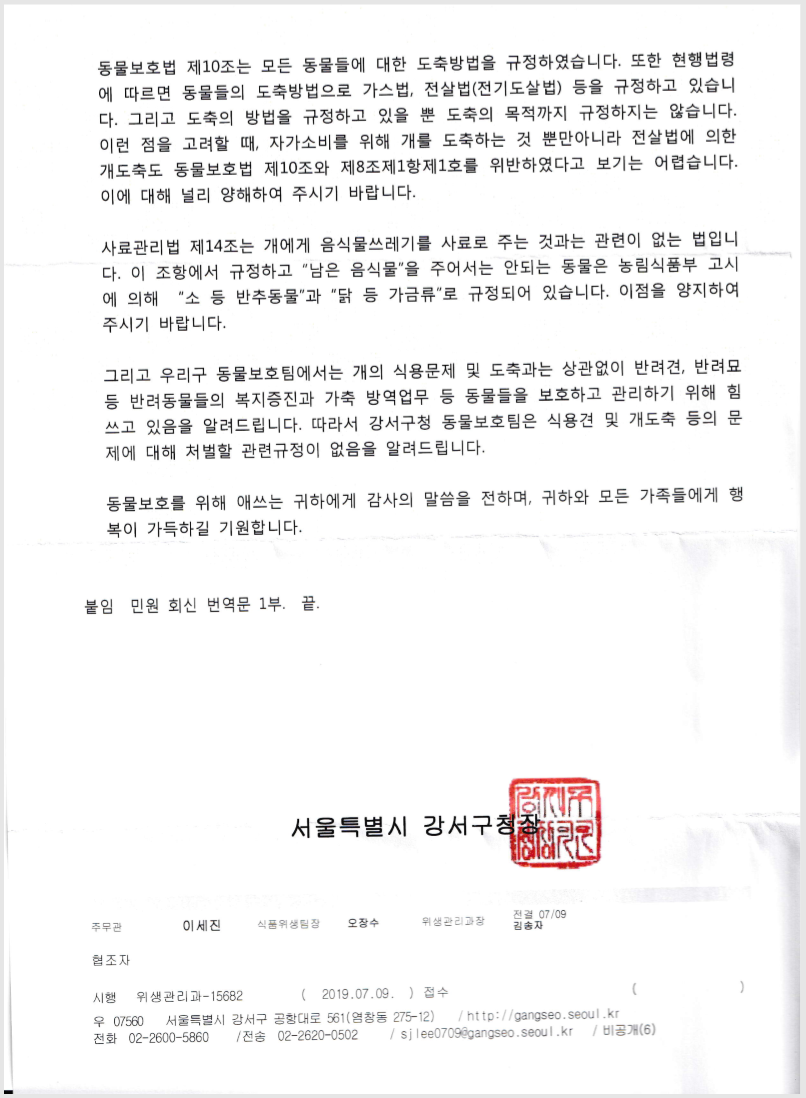 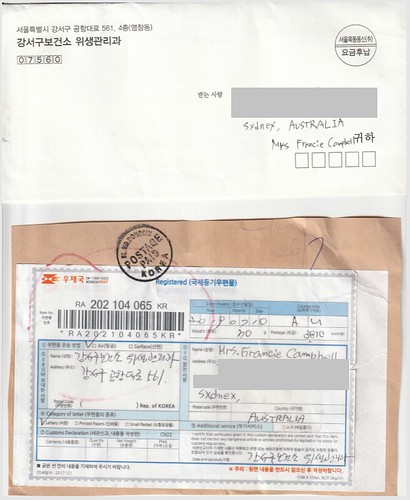