We received a response from the City of Parramatta, on October 31, to our campaign against the horrible cruelty to companion animals in South Korea, in which we asked for their support to help end the illegal and cruel industry in that country.

We had hoped that the City of Parramatta would respond by reaching out to their counterparts in Seoul, Jung-gu, but they have not indicated any plans for action to address our concerns. We are, however, grateful for their acknowledgement of our campaign and concerns.

We will close our campaign now. 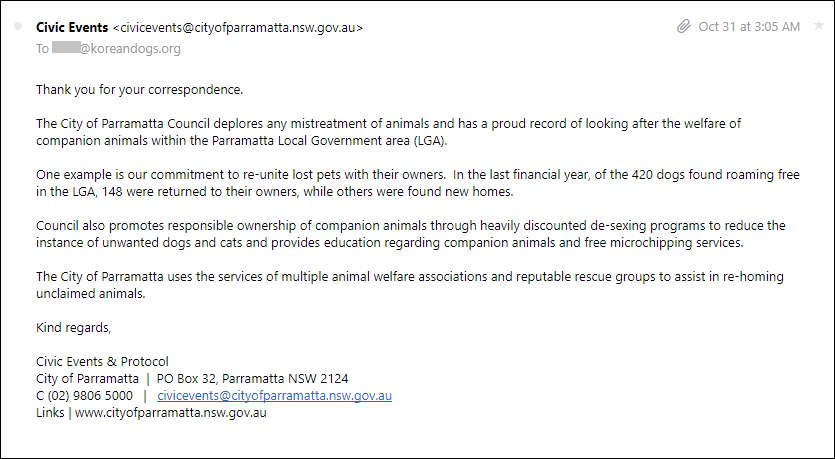 In Seoul Jung-gu, there are countless dog farms, slaughterhouses, markets and restaurants where the dogs, who are tortured their entire lives, end up being slaughtered in the most inhumane ways, such as by electrocution, hanging or beating; and then thrown into boiling water – sometimes while they are still alive. In many places, dogs are being killed in full view of other terrified, caged dogs; and this takes place in public and in broad daylight. In addition, many abandoned and stolen former pets end up in this industry, and are subjected to the same cruelty.

The searches resulted in: 76 Health Food Shops and 44 restaurants in the vicinity of Seoul Jung-gu.

Even if half of these ‘Health’ Food Shops and restaurants serve dog and cat ‘ingredients’ in one form or another, just imagine how many dog/cat slaughterhouses must be present in the vicinity of Seoul Jung-gu to supply all of these outlets. 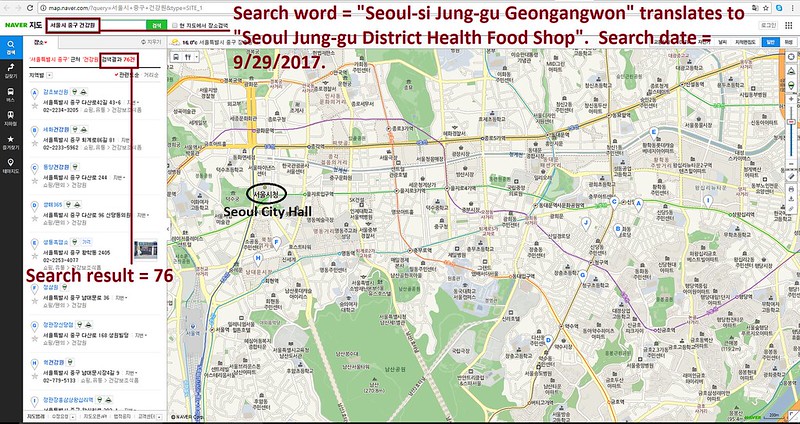 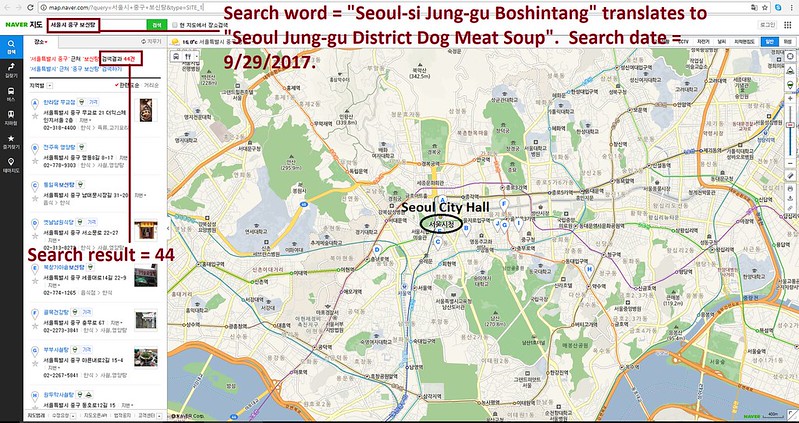 No matter where you live, PLEASE SHARE these actions with your friends, especially those who live in Parramatta!