Below is another response from the New South Wales government regarding our campaign. This one comes from the Trade & Investment of Department of Industry. Thank you MaryAnn, for forwarding this letter to us. We are disappointed by New South Wales’s response, but it will not discourage us. Our campaign is raising awareness to the people around the world about the horrific cruelty taking place in South Korea which will impact their image. We must continue to work to end the brutal slaughter of sentient animals who are our friends, family, and even our children. Thank you to all of you who have taken action. 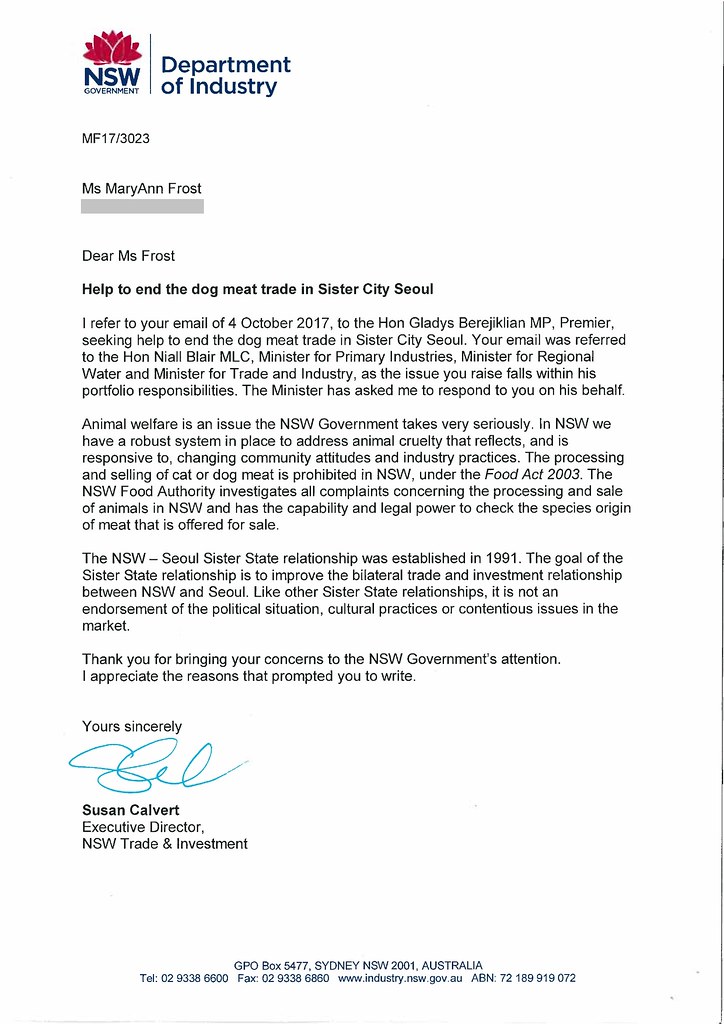 We received a response from the New South Wales Premier’s Office on November 6. We had hoped that they would inform us that they would be reaching out to their Sister City, Seoul, South Korea, but their response didn’t indicate any plans to take action to address our concerns. However, they did state that our comments have been “carefully reviewed”, and we are grateful, therefore, to the New South Wales Premier’s Office for their acknowledgment of our campaign and concerns.
We will close our campaign now. 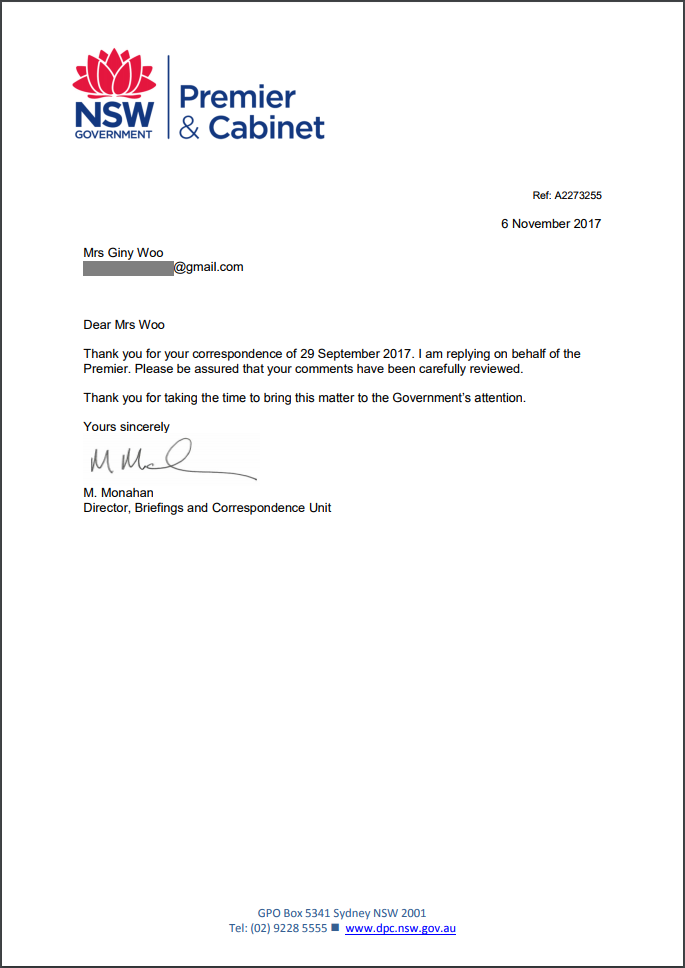 In Seoul, there are countless dog farms, slaughterhouses, markets and restaurants where the dogs, who are tortured their entire lives, end up being slaughtered in the most inhumane ways, such as by electrocution, hanging or beating; and then thrown into boiling water – sometimes while they are still alive. In many places, dogs are being killed in full view of other terrified, caged dogs; and this takes place in public and in broad daylight. In addition, many abandoned and stolen former pets end up in this industry, and are subjected to the same cruelty.

The searches resulted in: 1,116 Health Food Shops and 437 restaurants in the vicinity of Seoul.

Even if half of these ‘Health’ Food Shops and restaurants serve dog and cat ‘ingredients’ in one form or another, just imagine how many dog/cat slaughterhouses must be present in the vicinity of Seoul to supply all of these outlets.

No matter where you live, PLEASE SHARE these actions with your friends, especially those who live in New South Wales!