Yeongdeungpo district of Seoul, the home of ‘shiny skyscrapers’, Hanjin Shipping and LG; it has super-malls, 5-star hotels and – oh so importantly – a self-quoted desire to: “strive to provide a brighter future for a green city exuding vitality and affection”.

So let’s ask what the brighter future will be for the dogs in their meat trade. There are countless dog slaughterhouses, markets, and restaurants where the dogs, who have been tortured their entire lives, end up being slaughtered in the most inhumane ways, such as by electrocution, hanging, or beating, and then thrown into boiling water – sometimes while they are still alive. In many places, dogs are being killed in full view of other terrified, caged dogs; and this takes place in public and in broad daylight. In addition, many abandoned and stolen former pets end up in this industry and are subject to the same cruelty.

This place claims to wish to “focus attentively on the diverse opinions and criticism”, so let’s not disappoint them: please share your opinions and pass on your criticisms – tell them what you think of their dog-meat trade, tell them it must stop.

The searches resulted in dozens of 218 Health Food Centers; and 104 restaurants in the vicinity of the city of Seoul Yeongdeungpo District alone.

Even if half of these ‘Health’ Food Centers and restaurants serve dog and cat ‘ingredients’ in one form or another, imagine how many dog/cat slaughterhouses must be present in the vicinity of Seoul Yeongdeungpo District to supply these outlets. 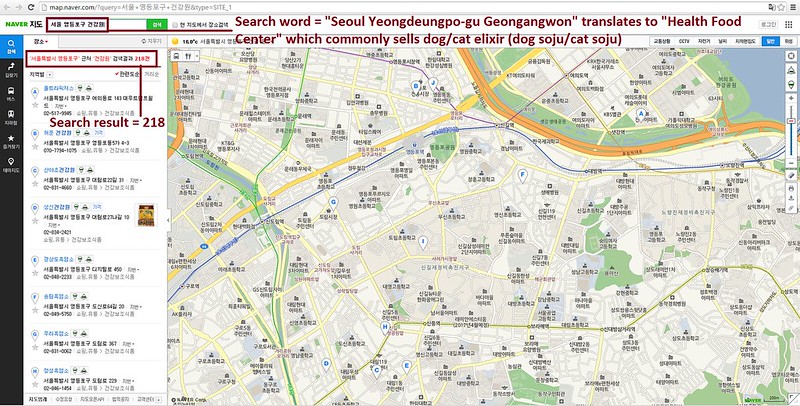 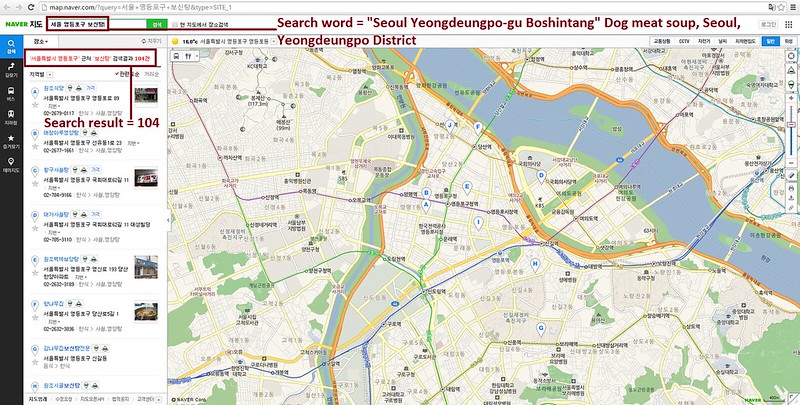 Suggested message to the Mayor of Monterey Park

Monterey Park should not be a Sister city to any city/district that allows dogs and cats to be tortured and eaten. Please urge Seoul Yeongdeungpo District Mayor Gil-Hyeong Jo to close down all illegal dog farms and slaughterhouses, markets, truckers, and restaurants that serve their products. An online petition calling for your support in ending the horrendous South Korean dog and cat meat cruelty is in progress: https://www.change.org/p/mayor-mitchell-ing-of-monterey-park-tell-sister-city-seoul-yeongdeungpo-that-we-re-opposed-to-torture-eating-of-dogs-and-cats
The favor of your reply is requested.
Thank you,

No matter where you live, PLEASE SHARE these actions with your friends, especially those who live in Monterey Park!