posted by KoreanDogs.org team on June 7,2013 in Action Alert, News

As new construction of dog farm is in progress in mountainous area of Sumangri, local residents are strongly opposing because of foul odors and noises. Yong-Hyun Kim reports.

As new construction of dog farm is in progress in Seogwipo, Namwoneup, Sumangri, nearby residents are strongly opposing.

According to the local residents of Sumangri and Seogwipo-city, in mountainous area of Sumangri, new construction of 6,000 ㎡ scale dog farm is in progress since last March.

Sumangri residents are claiming that they are suffering from manure odor, noise, environmental pollution from 4-5 large-scale dog farms already in the area and have been continuously filing civil complaints such as submitting petitions to the Seogwipo-city last year. 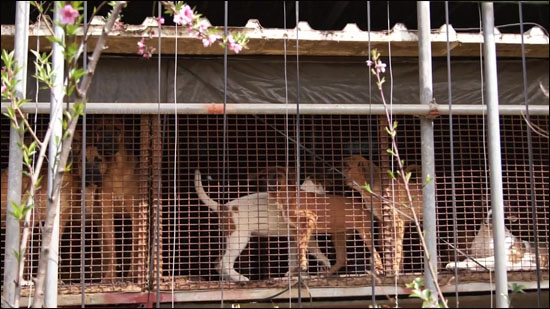 Residents said that there are problems with the approval process of dog farm in construction as well as the sanitation management and the treatment of excrement and waste of existing operations and said they will request investigation from the law enforcement agencies.

Sumangri residents said “Residents have been suffering because of the existing dog farms until now and this new addition is bound to cause even more enormous damage” and said that they plan to take collective actions until the construction ceases and will take all actions available until this problem is resolved.

City officials said, “We could not disapprove the construction because there were no legal issues” and said that they will strengthen guidance and inspection in order to minimize negative impacts on the local residents and if a problem arises they will immediately take action to improve the situation. 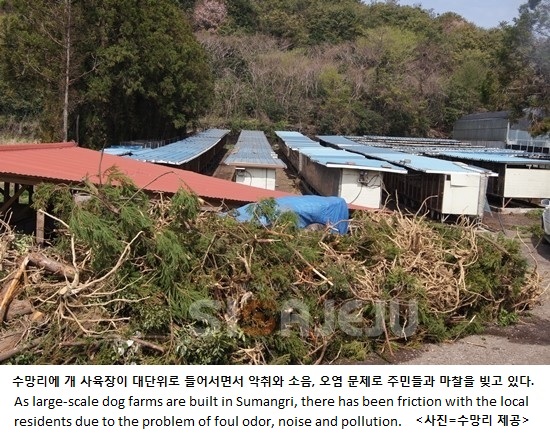 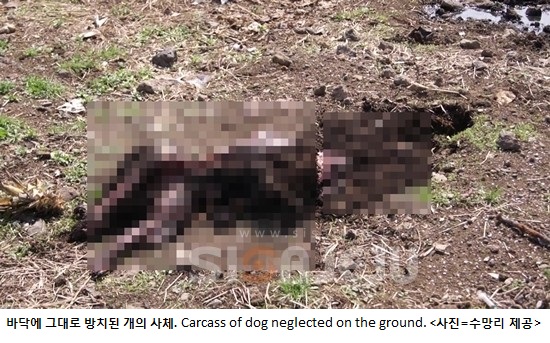 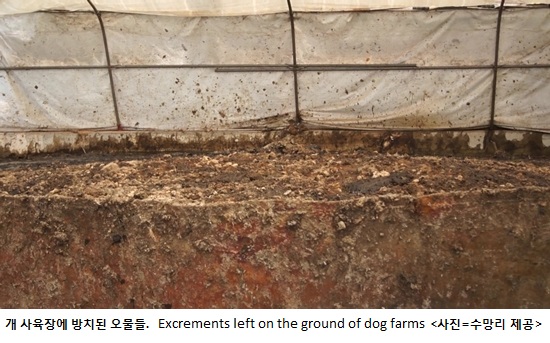 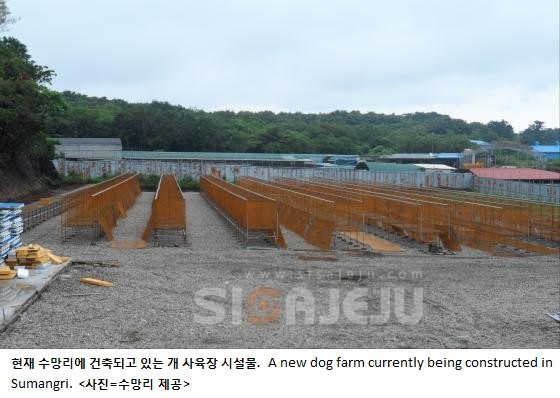