posted by KoreanDogs.org team on May 2,2017 in Demonstration, protest

Nami Kim, founder of SaveKoreanDogs.org, and her UK supporters protested at the Korean embassy in London on May 1, 2017 against the cruel dog meat trade and also to show their support for Mr. Moon Jae-In as president of South Korea. The message, “UK animal rights activists support Moon”, was sent to the local social media and to the election camp of Moon Jae-In. The embassy staff were not pleased about their presence at the gate and had told the demonstrators that the ambassador was out of town. Click HERE to see the post from SaveKoreanDogs.org’s Facebook page. 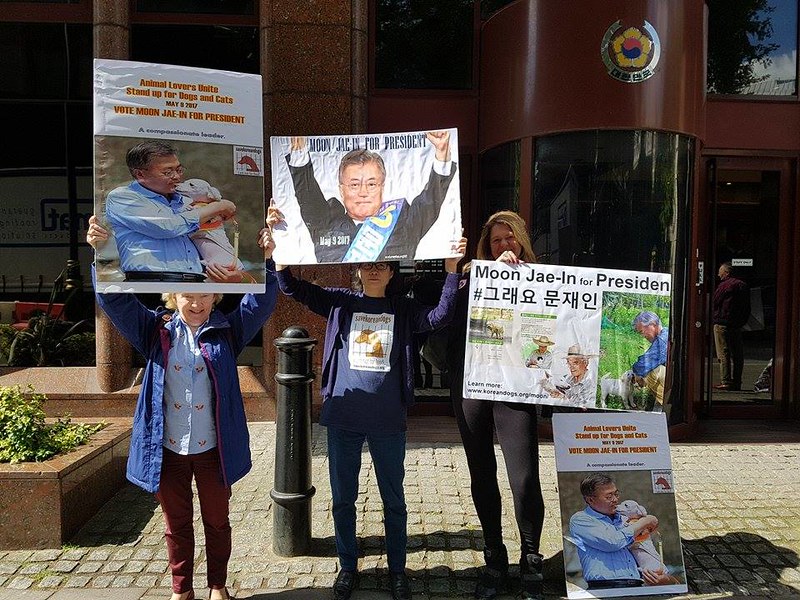 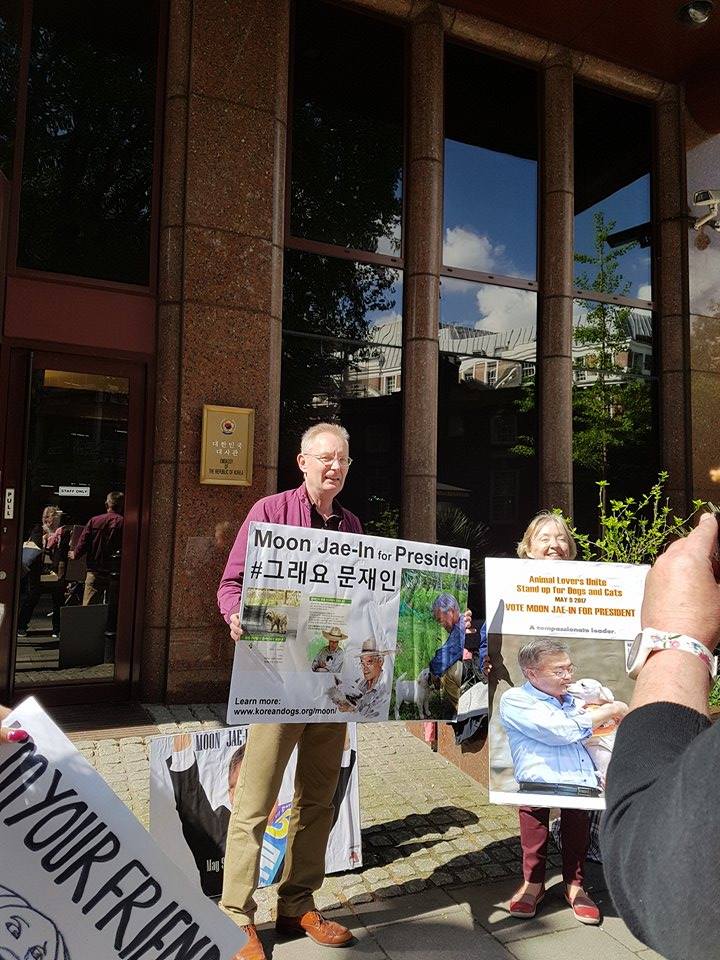 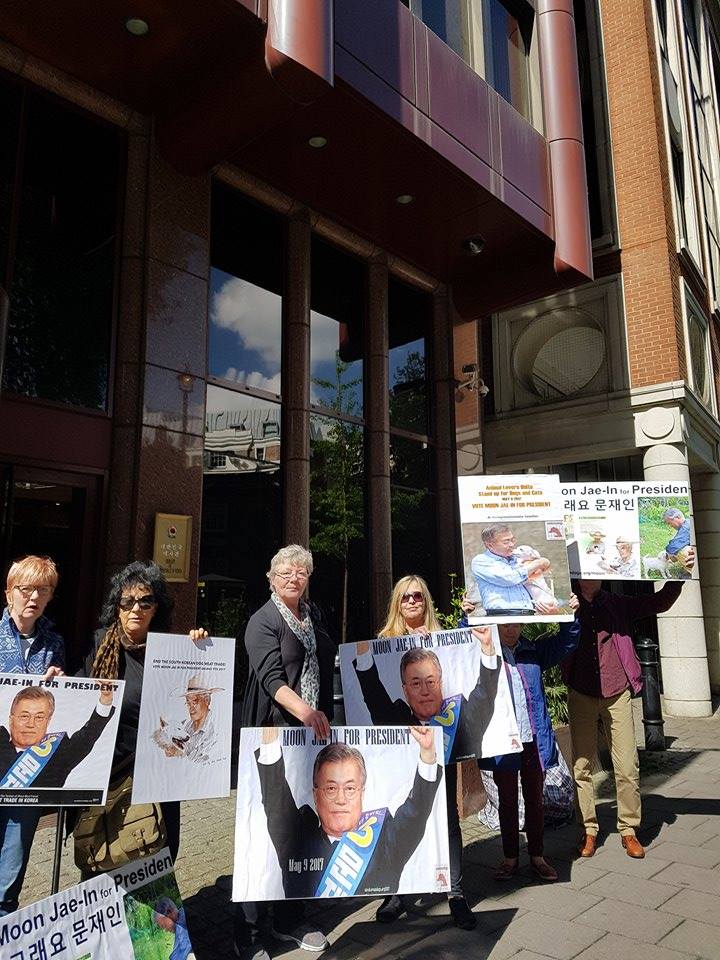 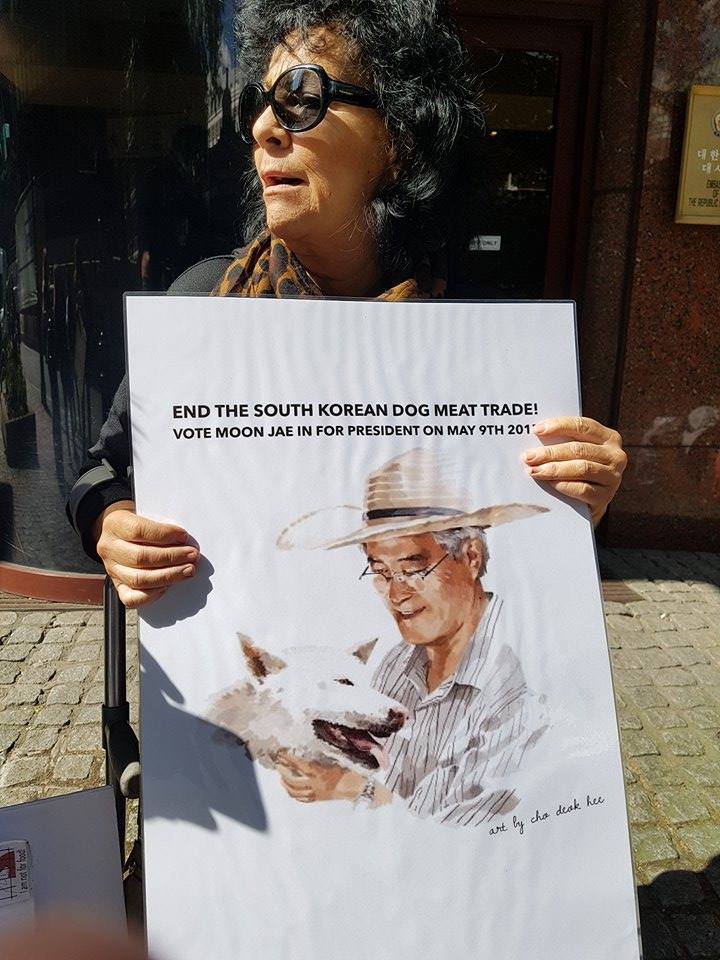 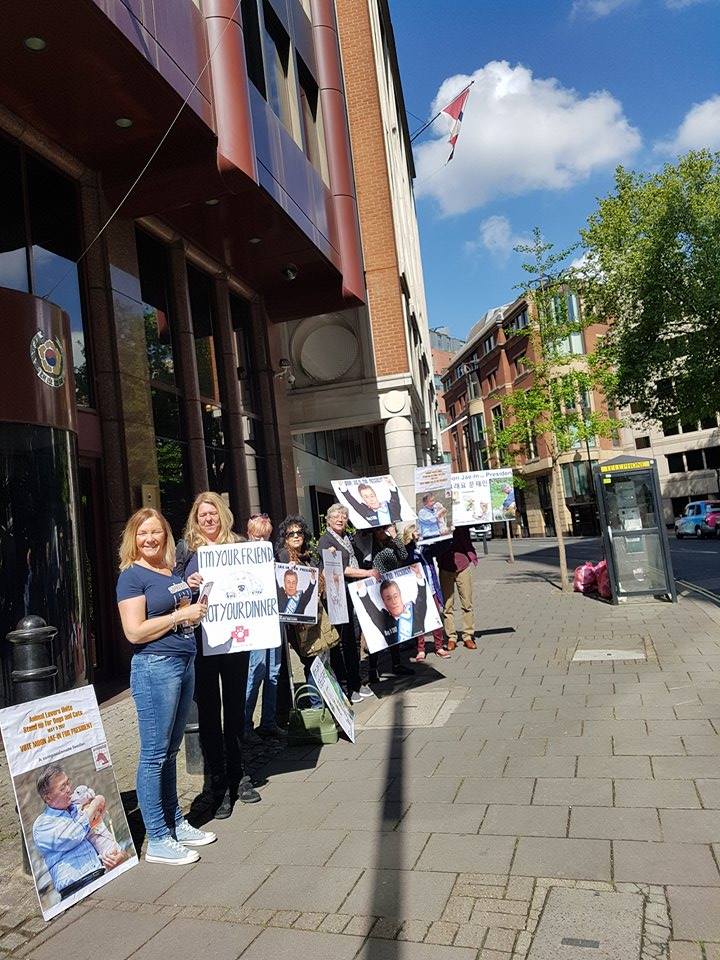