Write to your government representatives!

Home / What You Can Do / More Contacts For Protest / Write to your government representatives! 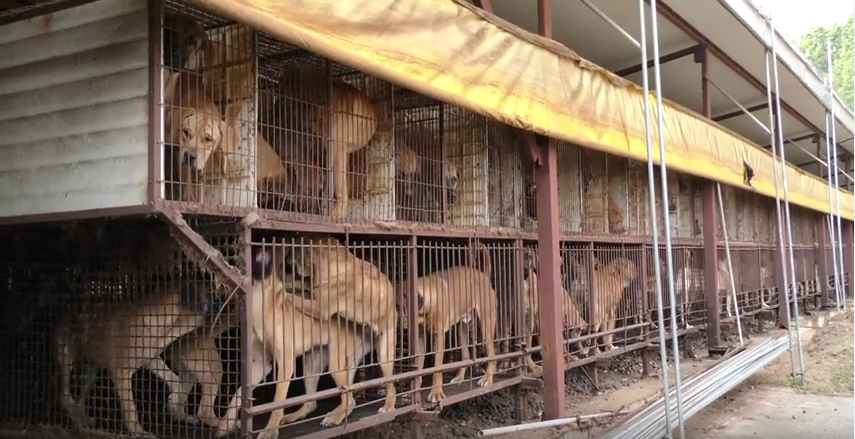 Please write to your government representatives and request that they urge South Korea to ban dog and cat consumption!

Albert Einstein said, “The world is a dangerous place, not because of those who do evil, but because of those who look on and do nothing.” There is an evil taking place in South Korea right now, and we can no longer look on and do nothing. This evil is the South Korean dog and cat meat industry, and it is the responsibility of the world community to speak out against this horrific cruelty being perpetrated against millions of helpless dogs and cats.

How can you help? One way is to contact your government representatives and urge them to speak out on your behalf. In the UK, animal rights communities and advocates were successful in persuading their government to listen and, ultimately, to pledge their support in fighting the atrocity of the Asian dog and cat meat trade.

It is possible to make your government listen. The millions of dogs and cats in South Korea who are horribly abused and brutally slaughtered don’t have a voice, but you do. Please be their voice. Contact your representatives today and urge their support in ending this barbaric cruelty in South Korea.

Write to the United States President

Petition and sample letter to the U.S. President Obama

Write to the Australian Prime Minister

Petition and sample letter to the Australian MP, the Hon. Malcolm Turnbull

Petition and sample letter to the Australian Minister for Agriculture the Hon. Barnaby Joyce MP

Write to the Canadian MP

Petition and sample letter to the Canadian MP

Office of the Prime Minister
80 Wellington Street
Ottawa, ON K1A 0A2, Canada

Ministry of Foreign Affairs of Denmark

Send a message to the Japanese government!

Click HERE for sample letter to the Japanese government!

Animal welfare organizations and animal lovers worldwide strongly feel that this unprecedented cruelty towards animals in South Korea can no longer be tolerated and it is the moral duty of our Government to intervene on our behalf. Our Government should urge the South Korean government to respect and enforce not just its own but also the Global Animal Protection Laws. We oppose this cruelty on ethical, health, environmental and moral grounds. The issue concerns all of us as citizens of the world because nations from around the world sacrificed their loved ones to protect the South Koreans in the Korean war of the 1950’s and even today we are still spending our hard-earned money to ensure their freedom and safety every year. It is unconscionable for our Government to ignore the huge, growing shock and outcry on social media sites worldwide about this barbaric practice. With the upcoming 2018 Winter Olympics in Pyeongchang, South Korea we feel that the timing is now perfect for worldwide pressure on South Korea!

South Korea is the World’s 14th largest economy, yet an estimated 2.5 million dogs and thousands of cats are brutally slaughtered and eaten as “health food” each year. Forced to endure deprivation and unimaginable torment from the moment they are born till the day they are slaughtered, dogs are imprisoned in cramped, rusty, raised cages all their lives with no protection from extreme weather and no water, exercise, companionship or medical care. Their eardrums are often burst to prevent them from barking! In broad daylight, often in the presence of other live dogs, they are electrocuted, hanged, beaten or burnt to death. People’s beloved pets are also lured and caught and end up as meat! This is a profit-driven, tax-free, unregulated industry that aggressively promotes the myth that eating a dog (especially the dog’s penis) enhances male virility and gives men energy! Koreans genuinely believe that the more the dogs suffer, the more the consumer will enjoy the health benefits and taste of the meat. Many dogs are sadistically made to experience extreme fear and suffering prior to death. Cats are frequently boiled alive to make tonics believed to treat rheumatism! The demand is so high in South Korea that 20% of the dog meat is now imported from China!

It is hard to believe that a nation such as South Korea, which is one of the major economic powers in the world and boasts one of the highest educational levels in the world, is still committing this type of barbaric and despicable brutality in this day and age! But for the millions of dogs and cats that are being slaughtered each year in South Korea’s markets, slaughterhouses, restaurants, dog farms and backyards, it is a tragic reality and a nightmare that they can’t escape from. If South Korea wants to join the civilized nations and be respected as a nation of conscience, they need to strengthen their animal protection laws and ban the dog- and cat meat consumption once and for all. This has been going on far too long and it’s time for the South Korean government to take moral leadership on behalf of their citizens. Not only does this protect the Korean animals from unimaginable suffering, but it will also further South Korea’s economic interest in the global business community. People of the world will not stop condemning South Korea’s cruelty towards their defenseless animals!

Mahatma Gandhi said, “The greatness of a nation and its moral progress can be judged by the way its animals are treated.”

We urge you as our Government to a take a strong stand on this and boycott the Pyeongchang 2018 Winter Olympics and the South Korean businesses until the South Korean government takes the necessary steps to ban this atrocity! As our Government who has been elected to listen to the voices of its people, we sincerely hope that you will not turn a blind eye on this tragic situation and use your power and position to urge South Korea to ban the dog- and cat meat consumption once and for all!

Invite all your friends to help.