"When a man has pity on all living creatures then only is he noble." ~Buddha

Dog-meat Consumption is NOT LEGAL in South Korea! However, the majority of Koreans show a profound indifference to both the law and any moral principles by doing nothing at all to stop the dog-meat trade: dogs are being brutally tortured and eaten as if it were completely legal. 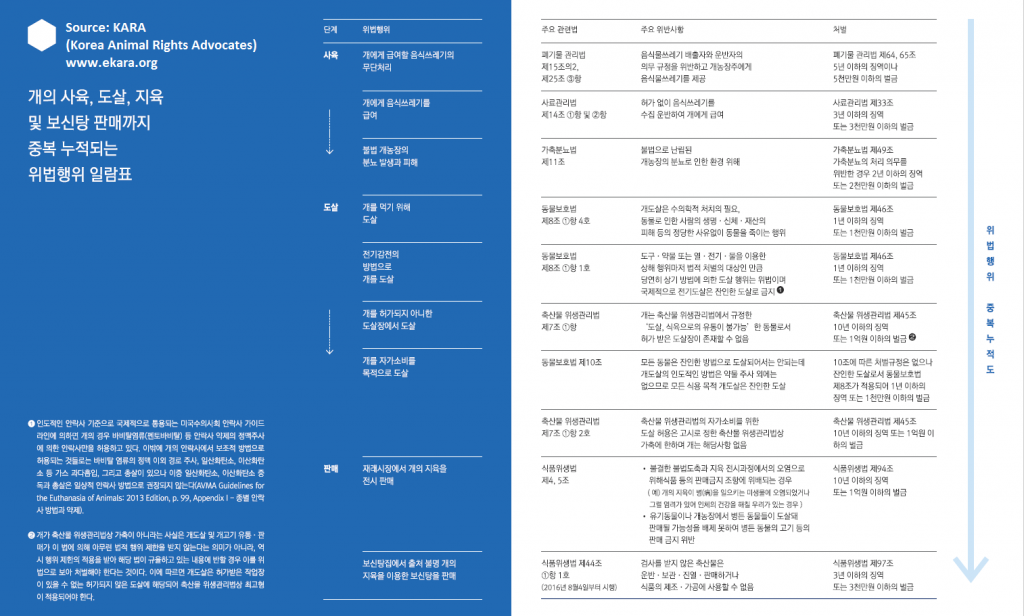 Source:KARA. A summary of the major disparity between the current law on farming dogs for the meat trade – to sale and slaughter for human consumption and what is currently practiced in S. Korea.

[1] According to the American Veterinary Medical Association’s ‘Guidelines for the Euthanasia of Animals’ setting forth an internationally accepted standard for humane euthanasia, only the intravenous injection of euthanasia drugs such as Barbital Salt (Pentobarbital) is permitted for the euthanasia of dogs. Other permitted adjunctive methods, outside of intravenous injection of Barbital Salt, are poisoning with carbon monoxide or carbon dioxide, and gunshot. However, carbon monoxide, carbon dioxide, and gunshot are ordinarily not recommended as euthanasia method. (AVMA Guidelines for the euthanasia of Animals: 2013 Edition, P. 99 Appendix I – Methods of euthanasia and chemicals) https://www.avma.org/KB/Policies/Documents/euthanasia.pdf

[2] The fact that dogs are not considered livestock according to the Livestock Products Sanitary Control Act doesn’t mean that the slaughter of dogs and distribution and sale of dog meat are protected from legal restrictions. It means that the legal restrictions should be applied and if the regulations under the governing law are violated, violators must be penalized. According to the law, dog slaughter is unauthorized because it is conducted at slaughterhouses that are not permitted, and therefore the maximum penalty under the Livestock Products Sanitary Control Act must be applied. 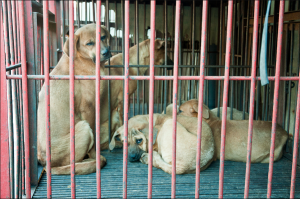 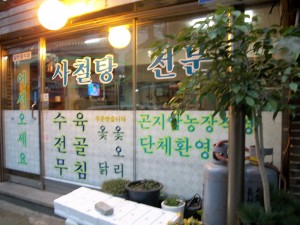 Seoul Metropolitan City Official Announcement No.94 (2/21/1984) bans the sale of dog meat as “repugnant food” but there is absolutely no enforcement!