World-famous Bill Maher speaks out for the Korean dogs!

posted by KoreanDogs.org team on January 12,2017 in News

The wonderful and exceptional Mr Bill Maher, an American comedian, writer, producer, political commentator, actor, media critic, and television host, retweeted our post on January 7, 2017. An outspoken advocate for animals, he has over 6.1 million followers on Twitter and our twitter post was retweeted almost 600 times (the most retweets we have ever had!) HUGE thanks to the lovely Mr. Maher. We appreciate him very much for caring and giving the Korean dogs a voice. THANK YOU, MR. MAHER. WE LOVE YOU!!! 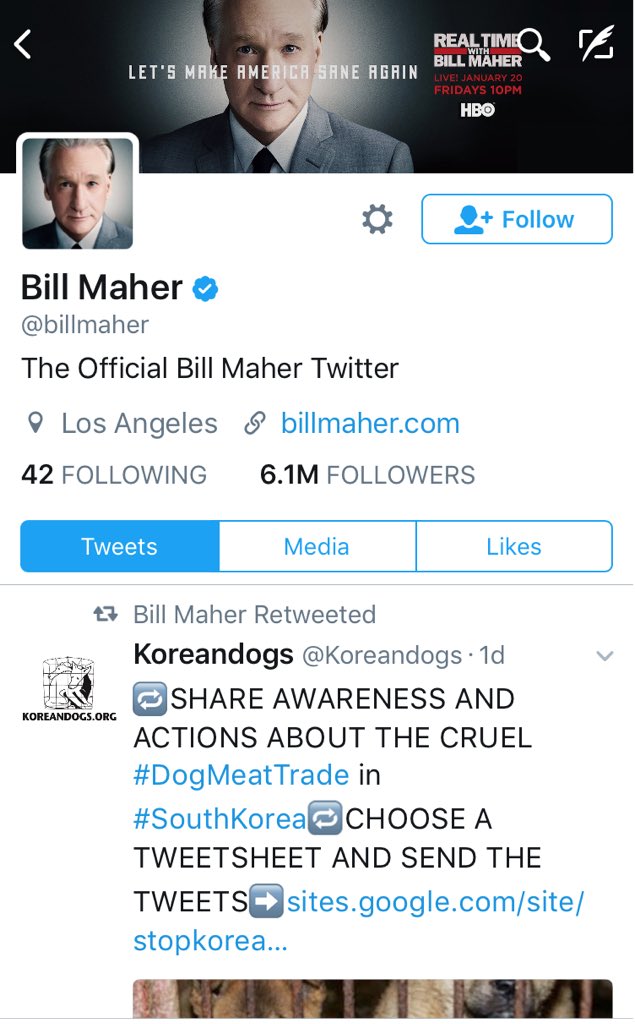 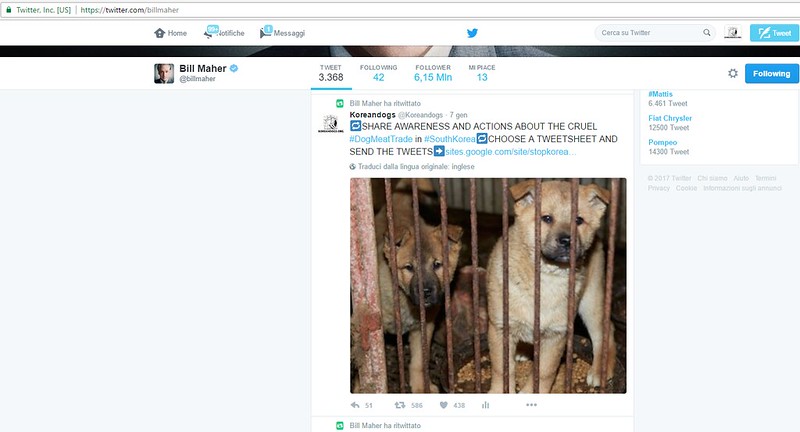