posted by KoreanDogs.org team on February 21,2015 in Event, News

The Global Rally to End China’s Dog and Cat Meat Trade organized by the Duo Duo Animal Welfare Project was held in San Francisco’s Union Square on February 19, 2015 (Chinese New Year Day). The main theme of this event was “New Year, New Hope!”
We are honored to have been invited to participate in this important and historical event and to give a voice to the South Korean dogs in the meat trade.
We had a table to collect petition signatures and hand out our leaflets to visitors and supporters. We collected 54 signatures and had ten people sign our letters to the United Nations Secretary General Ban Ki-Moon at the event. A couple of supporters also made donations to us in the amount total of $110. Thank you very much! We will send these donated funds to Korean activist/rescuers to be used for their campaign. I was one of the seven speakers at this event and this was my first speech ever but I think it went well.
Click HERE to see professional photographs from the event courtesy of Daniel McPartlan Photography! 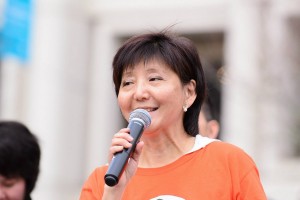 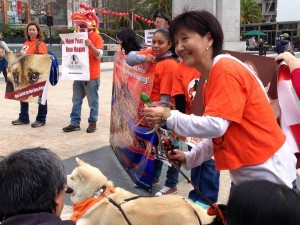 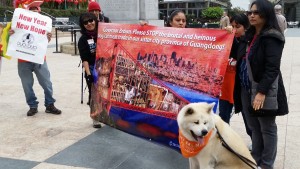 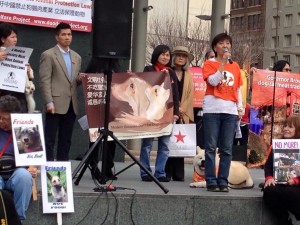 Andrea Gung talked about how we can all help to end the horrific dog meat cruelty in China. 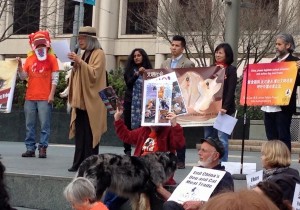 Vicky Lynn, President, Asians for Humans, Animals, and Nature (AHAN) talked about how they were able to help Taiwan establish Animal Welfare Protection Law in 1999. Taiwan has one of the best Animal Welfare Law in Asia today! 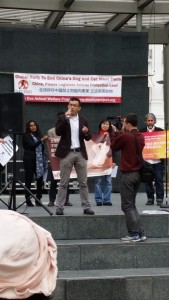 Wayne Hsiung, Founder, Direction Action Everywhere (DxE). From his Chinese American background talked about why this is not just a Chinese problem, our own dog abuse, abandonment, puppy mill, and farm animal cruelty problems. 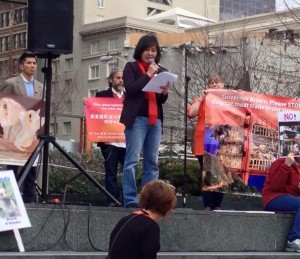 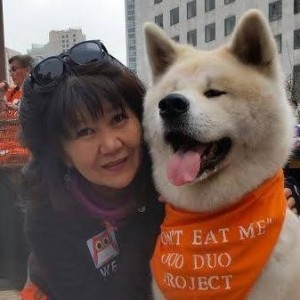 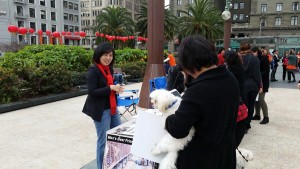 Our table. Giny talking to a supporter with her furry baby. 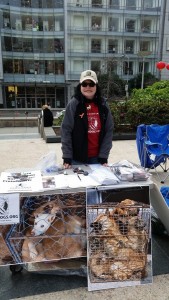 Our super volunteer activist, Sammarye helping the Korean dogs as usual. Thank you, Sam! You the best! 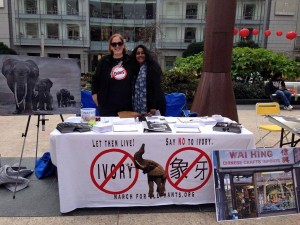 Rosemary and the Global March for Elephants and Rhinos team were also there to represent the elephants and rhinos killed in ivory trade. 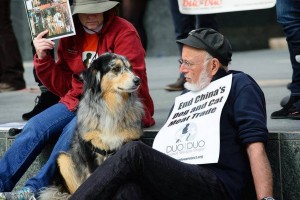 It was great to have dogs present at the rally to give their support and two paws up! :O) Photo: Global March for Elephants and Rhinos