[Update February 6, 2017] Virginia Beach, Virginia responds it is NOT a Friendship City to Goyang, South Korea.

We have received a response on February 3, 2016, regarding our Campaign. Councilman Jim Wood with Virginia Beach has informed us that Virginia Beach does not have a Friendship City connection with Goyang. Click HERE to learn more.

Virginia Beach Mayor Will Sessoms: Tell Friendship City Goyang, South Korea, That We’re Opposed to the Torture and Consumption of Dogs and Cats.

Goyang is one of the largest dog meat consumption areas in South Korea. There are countless dog farms, slaughterhouses, markets, and restaurants where the dogs, who have been tortured their entire lives, end up being slaughtered in the most inhumane ways, such as by electrocution, hanging or beating; and then thrown into boiling water – sometimes while they are still alive. In many places, dogs are being killed in full view of other terrified, caged dogs; and this takes place in public and in broad daylight. In addition, many abandoned and stolen former pets end up in this industry and are subject to the same cruelty.

Mayor Choi Sung’s goal is to “develop Goyang into a world-class city that attracts favorable international attention.” How can this be accomplished for as long as the illegal and barbaric dog and cat meat trade are rampant in his city? This cruel trade brings misery not only to its helpless and defenseless victims but to those watching from around the world. The horrendous cruelty of the dog and cat meat trade will continue to dishonor and sully the reputation of the city through international scrutiny and opinion. The Mayor also committed “to further developing Goyang into one of the most prestigious future cities that will be admired by many around the world.” The best way for the Mayor to successfully realize his goals is to end the dog and cat meat trades in Goyang. 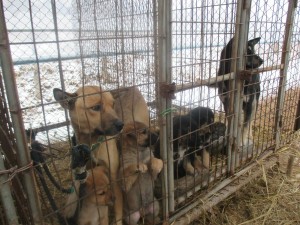 The searches resulted in dozens of 265 Health Food Centers; and 200 restaurants in the vicinity of Goyang.

Even if half of these ‘Health’ Food Centers and restaurants serve dog and cat ‘ingredients’ in one form or another, imagine how many dog/cat slaughterhouses must be present in the vicinity of Goyang to supply these outlets. 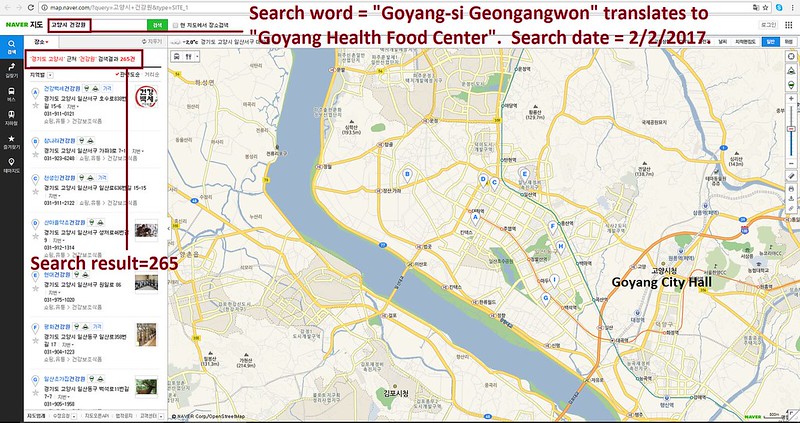 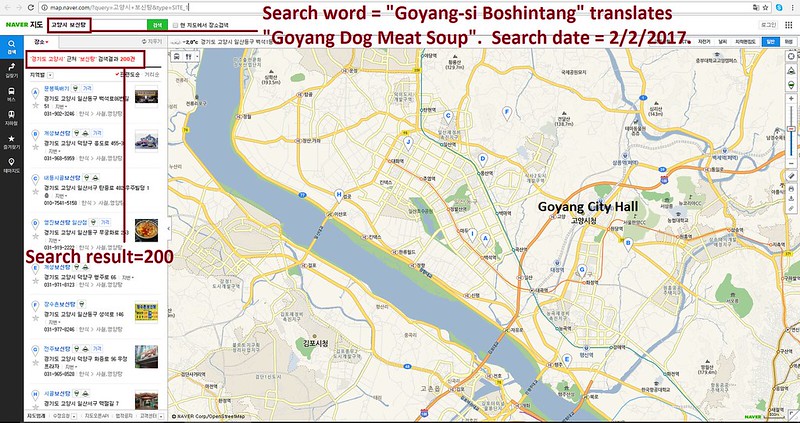 Please watch the video of a typical dog farm in Goyang https://youtu.be/EVVPruGyKj8.

No matter where you live, PLEASE SHARE these actions with your friends, especially those who live in Virginia Beach!