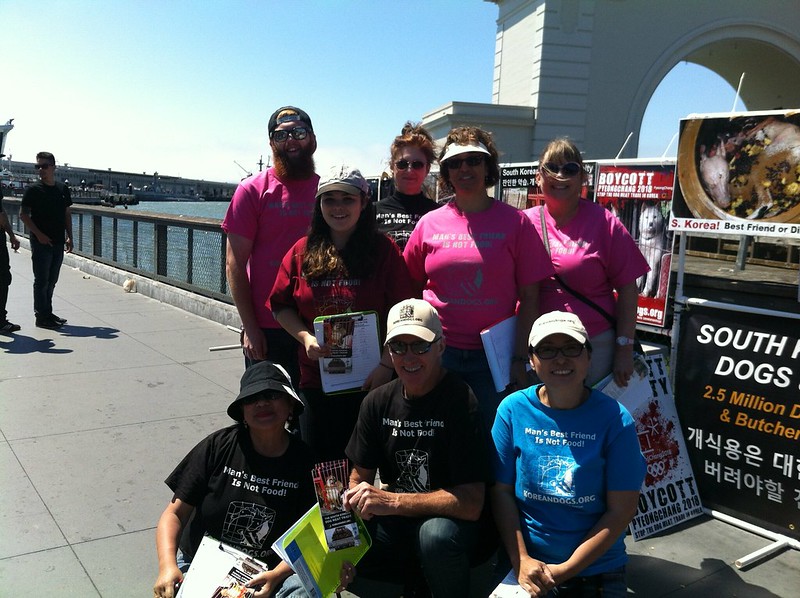 A big thank you goes out to the volunteers who came out yesterday to give a voice for the Korean dogs in the dog meat trade!!! Your compassion and dedication is truly appreciated. Kit and Nikku (the Corgi), Don, Courtney, Mark, Gabriel, Natalie, Natasha and Giny worked very hard to advocate for the Korean dogs. A special thank you goes out to Kit and Nikku who worked a 10 hour shift helping our event. It was great to have some first-time volunteers helping us. Courtney and Mark are college students and even though it was their first time passing out leaflets, they did a wonderful job and collected a ton of petition signatures. We collected a total 1,031 signatures (WOW!!!) and handed out over 1,200 leaflets. It was another great day at the famous San Francisco Fisherman’s Wharf, with lots of tourists and visitors from all around the world; many of whom were from South Korea. Everyone can do something to bring change. What will you do today?
Click HERE to take action! 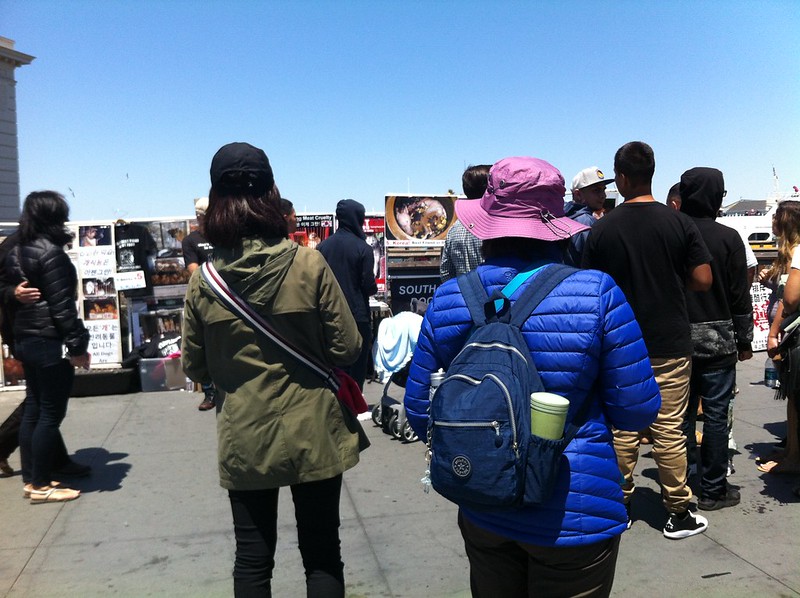 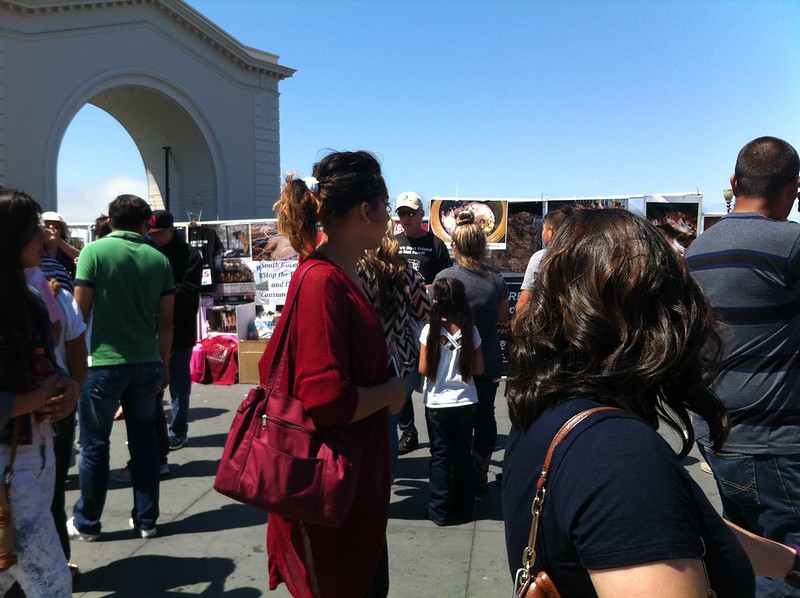 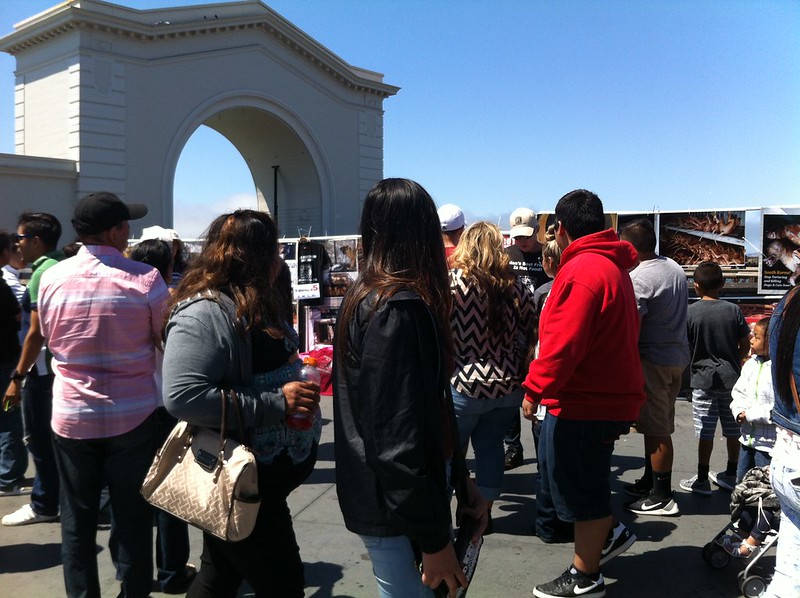 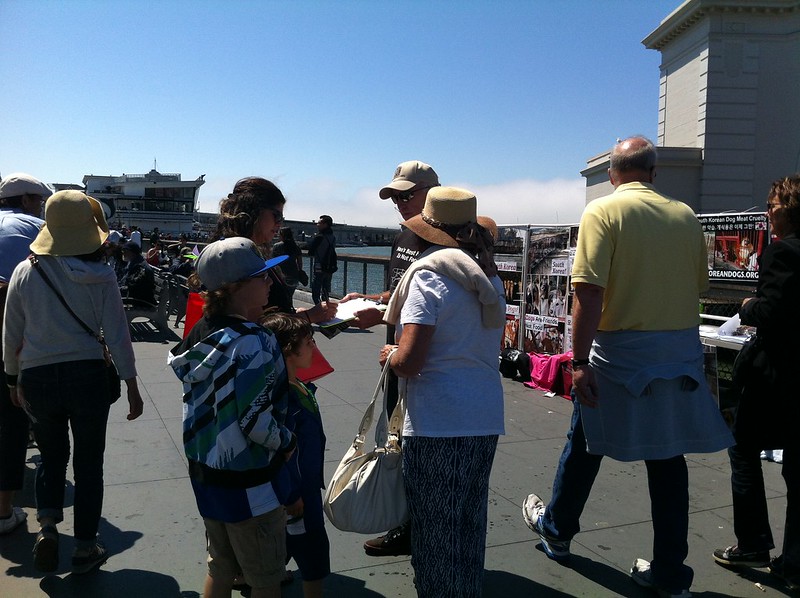 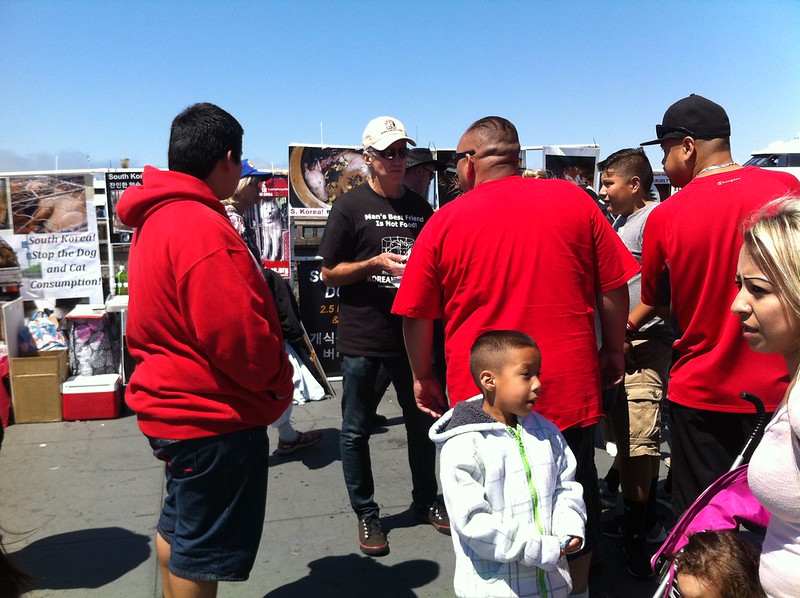 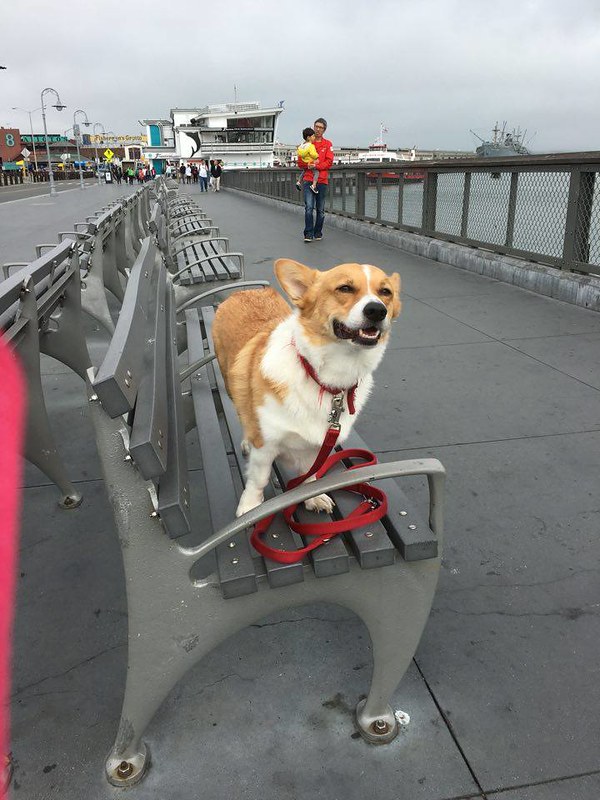 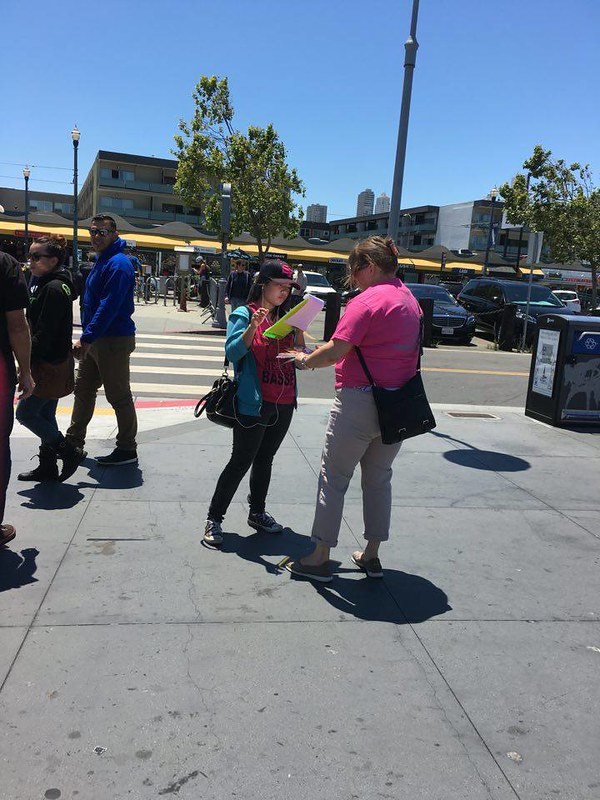 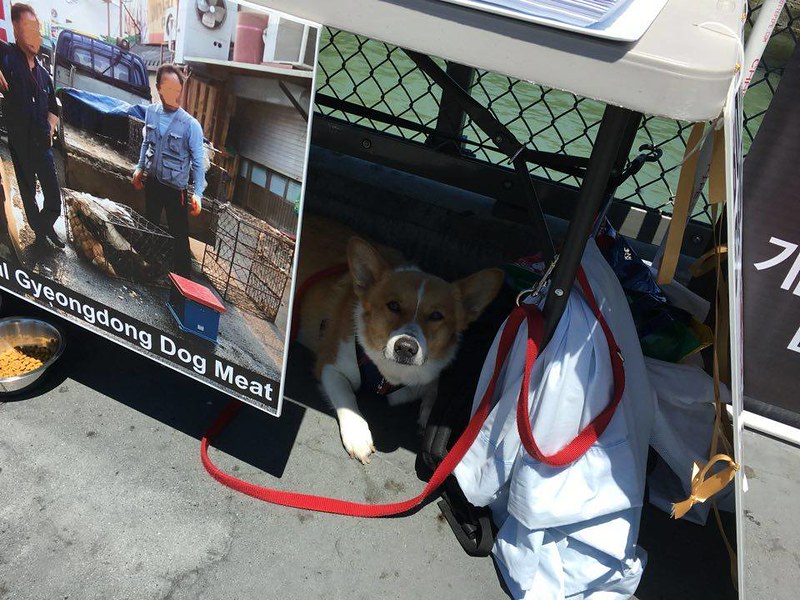 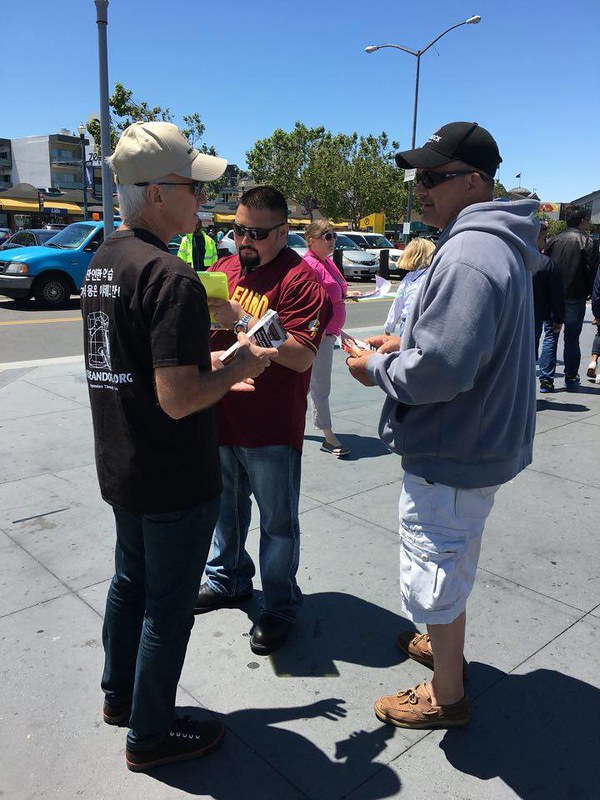 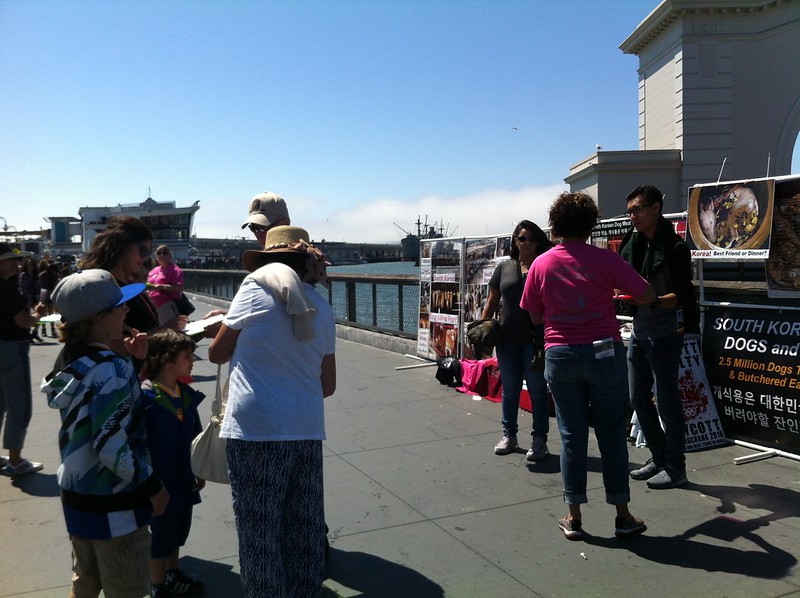 Copies of all 436 pages (over 8,000 signatures) of the petition signatures which we had collected since we began collecting signatures at the San Francisco Fisherman’s Wharf events on February 16, 2014, were sent to the petition targets noted below, on June 29, 2016 via the U.S. Postal Service Global Priority Mail. 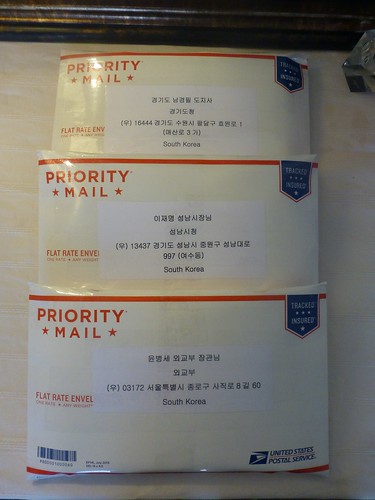 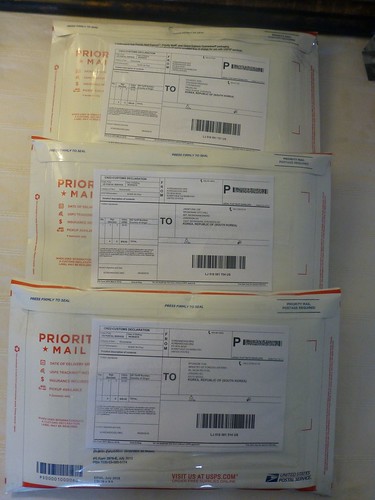