The Seongdong district of Seoul – an industrial and “dynamic city taking great leaps to be futuristic”. It claims to “endeavour to be an ever-advancing city”; it wishes to be seen as one “in harmony with a pleasant natural environment”.

But while the tourist are visiting their water parks and learning centers, and admiring their lovely green environment, will they also be impressed by their continuing brutal dog and cat-meat trades? Trades in which animals are subjected to barbaric farming methods; ones with slaughterhouses and markets where these animals (often stolen or abandoned pets) are slaughtered in deliberately inhumane ways – in front of other animals: electrocuted, hanged or beaten … living animals are often thrown into boiling water alive.

We see no advancement here, no harmony – and certainly no pleasant environment for these animals. And unlike their citizens, who they claim will ‘never stop smiling’, we feel that until Seongdong brings a permanent end to these aberrant trades this is just one more city that really has nothing at all to smile about.

Seongdong, here is how to ensure a lasting smile for tourists and citizens alike: call an immediate end to the dog and cat meat trades in your city.

The searches resulted in: 181 Health Food Centers; and 60 restaurants in the vicinity of the city of Seoul Seongdong District alone.

Even if half of these ‘Health’ Food Centers and restaurants serve dog and cat ‘ingredients’ in one form or another, imagine how many dog/cat slaughterhouses must be present in the vicinity of Seoul Seongdong District to supply all of these outlets. 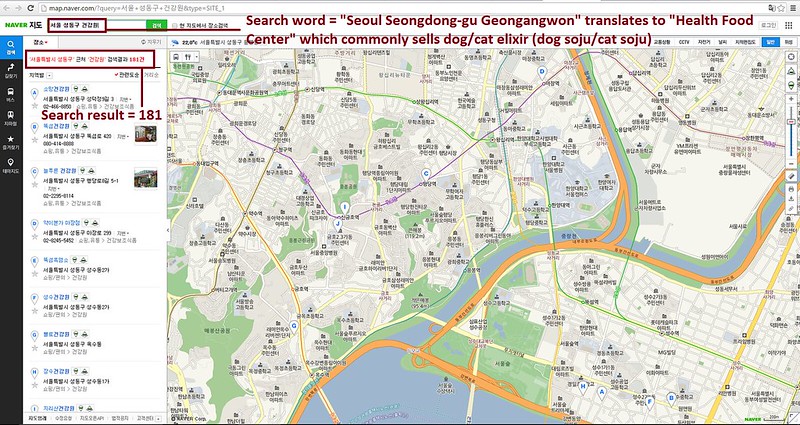 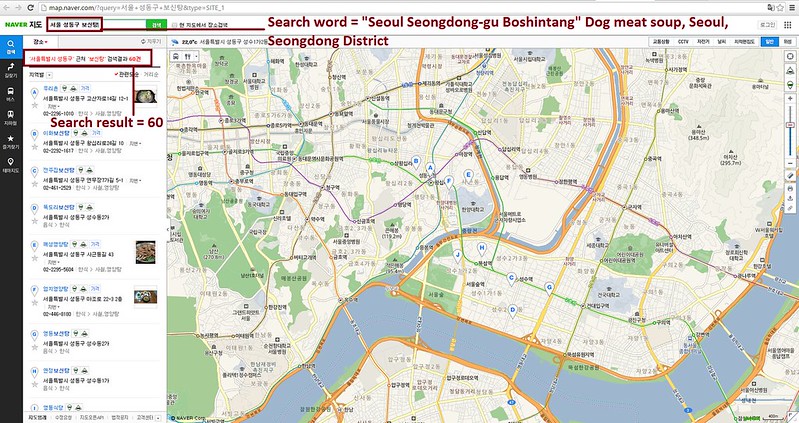 Suggested message to the Commissioners of Cobb County

Cobb County should not be a Sister city to any city/district that allows dogs and cats to be tortured and eaten. Please urge Seoul Seongdong District Mayor Won-O Chong to close down all illegal dog farms and slaughterhouses, markets, truckers, and restaurants that serve their products. An online petition calling for your support in ending the horrendous South Korean dog and cat meat cruelty is in progress: https://www.change.org/p/commissioner-tim-lee-of-cobb-county-tell-sister-city-seoul-seongdong-korea-that-we-re-opposed-to-torture-consumption-of-dogs
The favor of your reply is requested.
Thank you,

No matter where you live, PLEASE SHARE these actions with your friends, especially those who live in Cobb County!