posted by KoreanDogs.org team on January 18,2018 in Busan KAPCA, Rescue

Here is an update from Busan Korea Alliance for the Prevention of Cruelty to Animals (KAPCA)‘s closing down of a dog farm and rescue of dogs in Yangsan as reported on January 15, 2018. Click HERE to read the previous post on January 15, 2017.

We are sad to hear that the dog farmer had violated his agreement and sold 11 out of the 27 dogs which he agreed to release to Busan KAPCA. The remaining dogs, except for the 2 that were not tied and they were not able to capture, were taken by Busan KAPCA and currently in a temporary location. We are grateful to all the donors for your support and everyone involved in making this rescue possible. This is only the beginning and there’s still a long way ahead to find the good homes for every one of these puppies.

Busan KAPCA is able to facilitate overseas adoption. They have English speaking staff. Please contact them if you are interested in adopting. Only serious inquiries please. Ms. Aera Kim is the founder/director of Busan KAPCA ([email protected]). For office, call 051-817-0993, for the manager in charge, call 010 5135 8073. Kakaotalk is preferred due to overseas business trip for a week from 19th of January. At the moment, overseas foster home is not feasible. 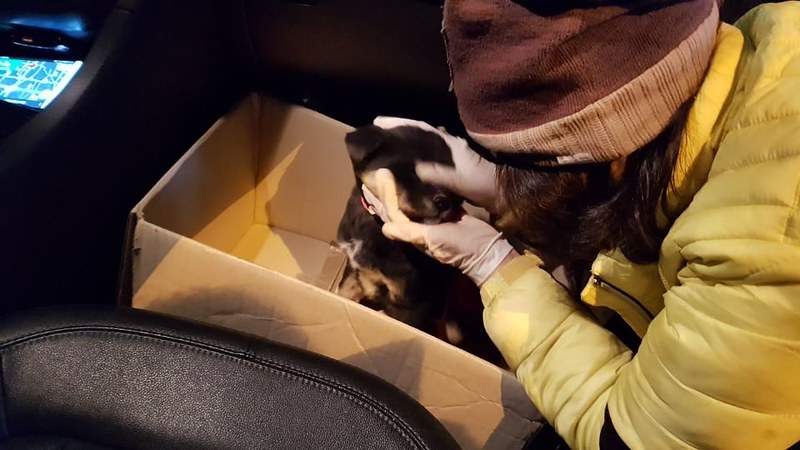 Below is the translation of the update from Busan KAPCA:

We had received information about this dog farm from an informant. Located next to a stream, dogs were in lower and upper level in cages, tied up or running free. The staff of the city of Yangsan accompanied our visit to this dog farm and the owner had admitted to buying and selling dogs.

This area was a Livestock Rearing Restricted Area and there were so many violations of laws, that the city staff had ordered it to be closed. They also assisted us in obtaining a signed agreement from the owner of the dog farm, to release all his dogs to us.

However, as we had mentioned before, it was difficult for us to relocate them immediately, as there were no temporary shelters. Someone advised us that rescue is not just about releasing the dogs from the dog farmer. It required that we provide temporary shelters (foster homes), medical examination, as well as medical treatment.

While we were looking for temporary shelters, contacting the Veterinary association and communicating with the city staff, we were worried about the safety of the dogs. So we returned to the dog farm and discovered that the dog farmer had already sold 11 dogs. When we arrived, he was in the middle of loading more dogs into his vehicle to sell them. (The dogs were in the sack bags.) We stopped the dog farmer at the scene, and while we were calling the city and the police, the dog farmer had disappeared. However, someone identifying herself as the dog farmer’s wife came and again signed a promissory agreement to release all the dogs, as well as returning all the dogs they had already sold.

Even though we did not yet have a temporary shelter to relocate them, we couldn’t trust the dog farmer, so we had to relocate them through the late night. We couldn’t move the dogs who were not yet examined to the shelter, so we moved them to a private warehouse facility as well as to a shelter separating them from other dogs.

There were 2 dogs who were not tied, and because they were skittish, we could not capture them. So we had left some food for them.

Starting today, with the help from the Busan Veterinary Medical Association and Saha Animal Hospital, medical examination and spay/neuter is being conducted. The city of Yangsan also helped by providing the infectious disease testing kits. Thereafter, the cost of spay/neuter and the cost of any medical treatments will be paid by the Busan KAPCA. With the assistance of the city of Yangsan, we will try to find the 11 dogs which the dog farmer had sold, but even if we bring them back, there’s nowhere for them to go, because as of now, there are no foster homes to shelter the dogs.

The retriever who had received many inquiries was adopted immediately. The adopters told us that they will be responsible for the examination and treatment and its costs. Thank you! (The last photo)

Currently, we need foster homes desperately. Because many are large dogs, there are no foster homes and we cannot take them from the temporary shelter. For foster homes, we will send the dogs after the medical examination, and we will provide the food and parasite medication. For the small dogs, we will also provide the initial supply of pee pad. We hope there will be lot of interest.

If you cannot foster these dogs but would like to help them, it would be great if you can send us some dog food.

There are also many puppies. Among the small dogs, four are puppies and cannot yet be spay/neutered. We would also like to hear from those who are interested in adoption. We will pay for the spay/neutering. For inquiries, please contact Busan KAPCA 051-817-0993 (011-82-51-817-0993 from US), General Manager 010 5135 8073 (Beginning on January 19, the manager in charge will travelling abroad on a business trip, so please use Kakaotalk for contact). 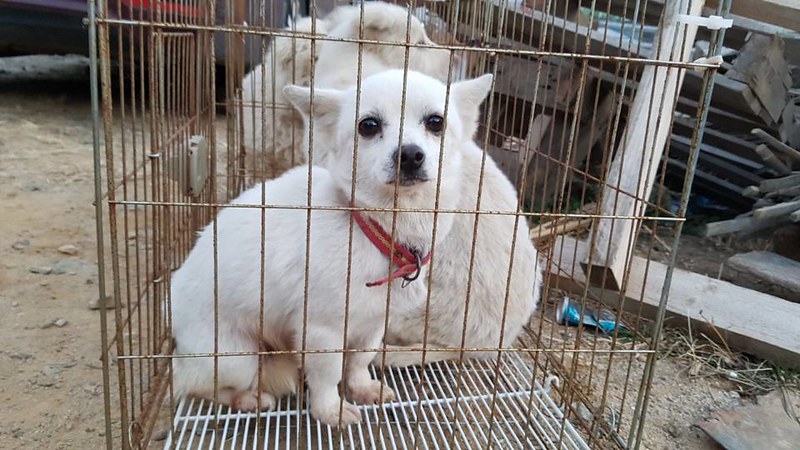 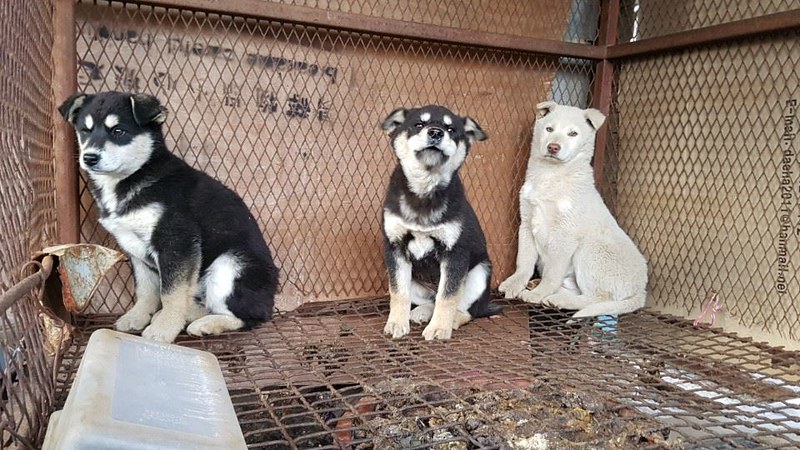 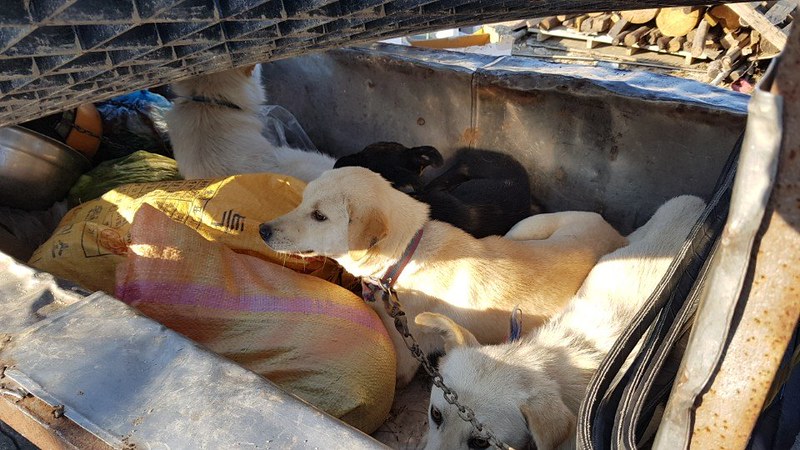 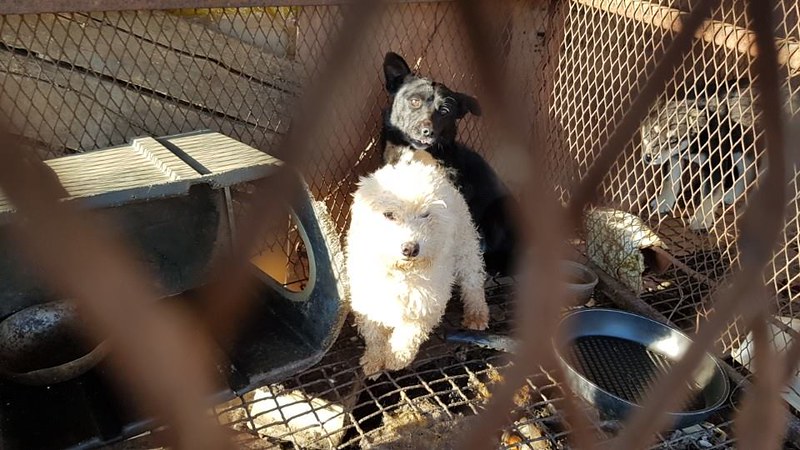 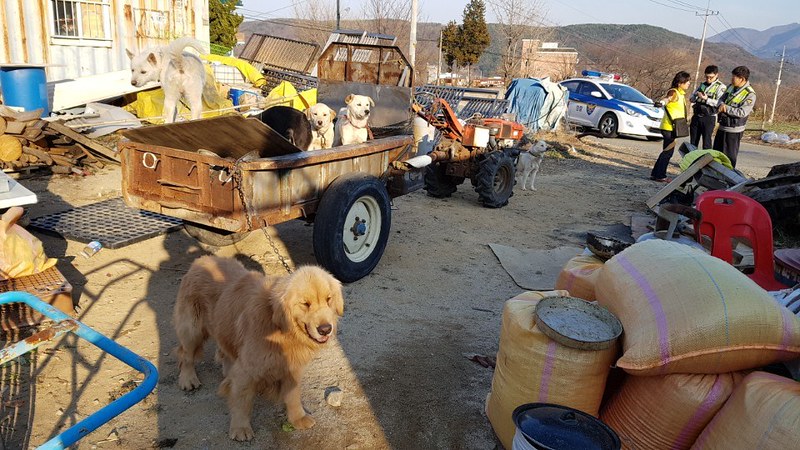 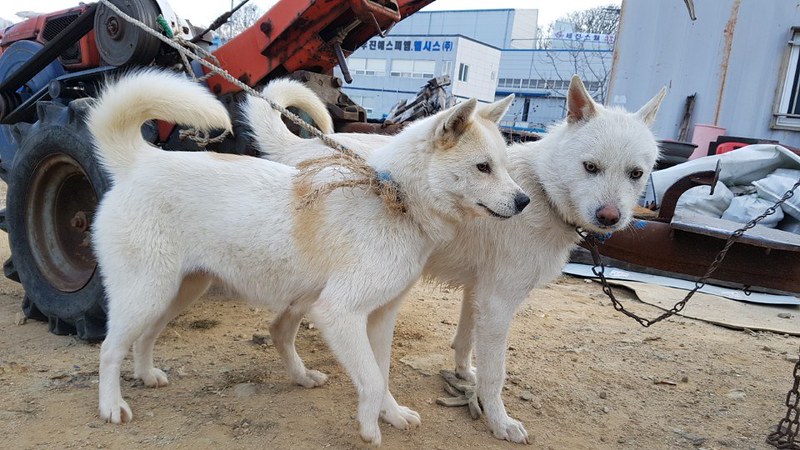 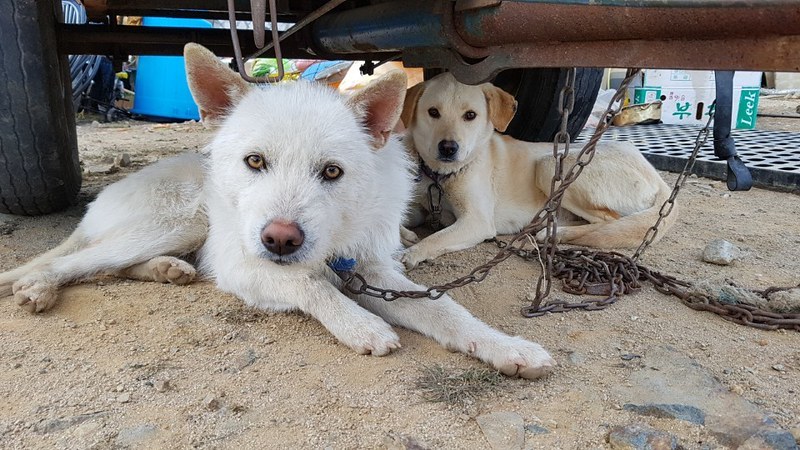 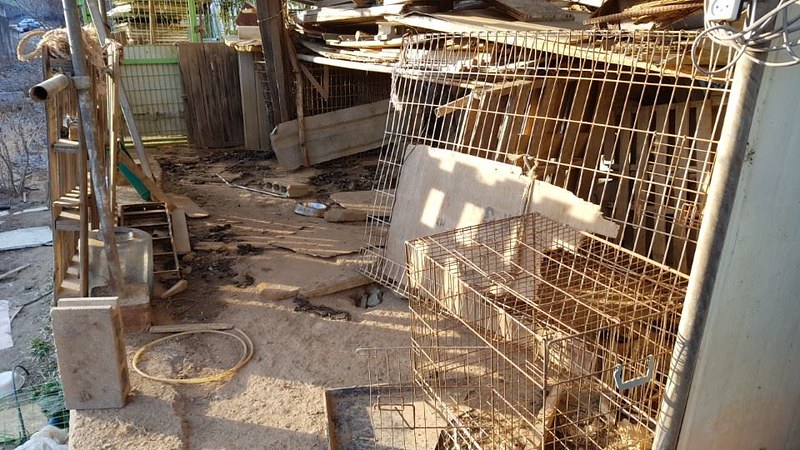 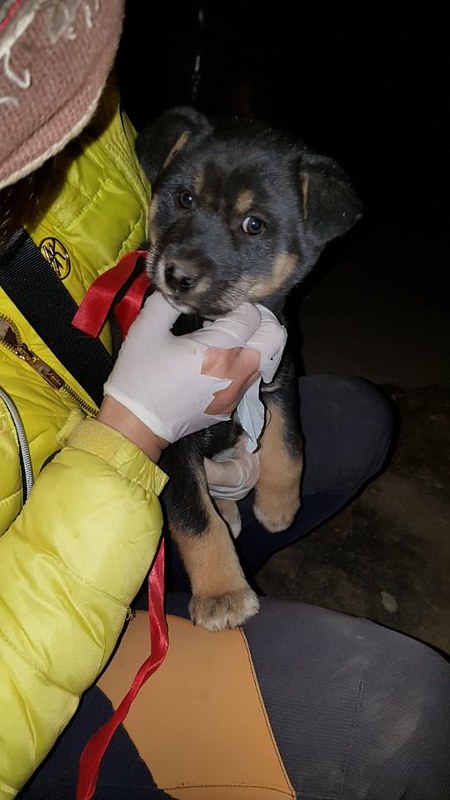 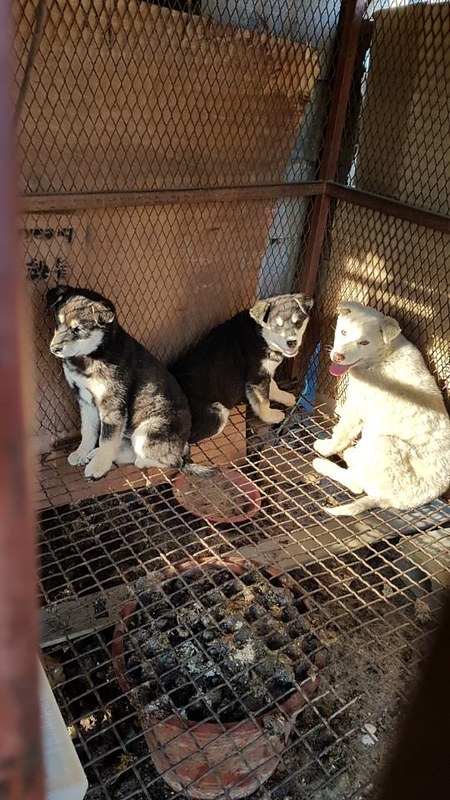 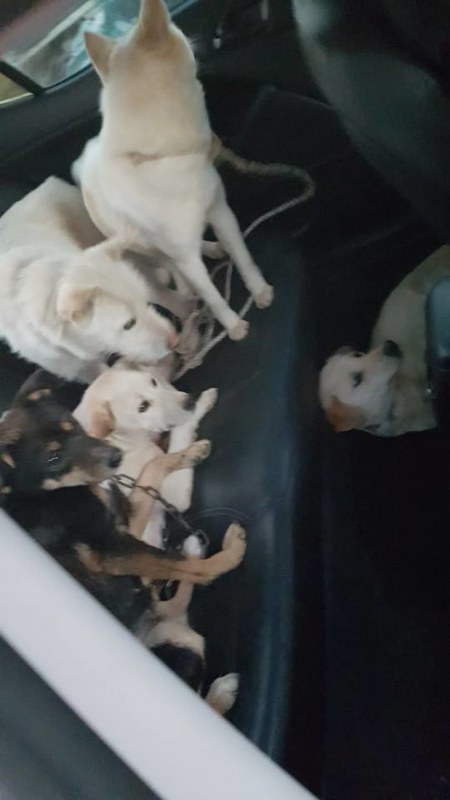 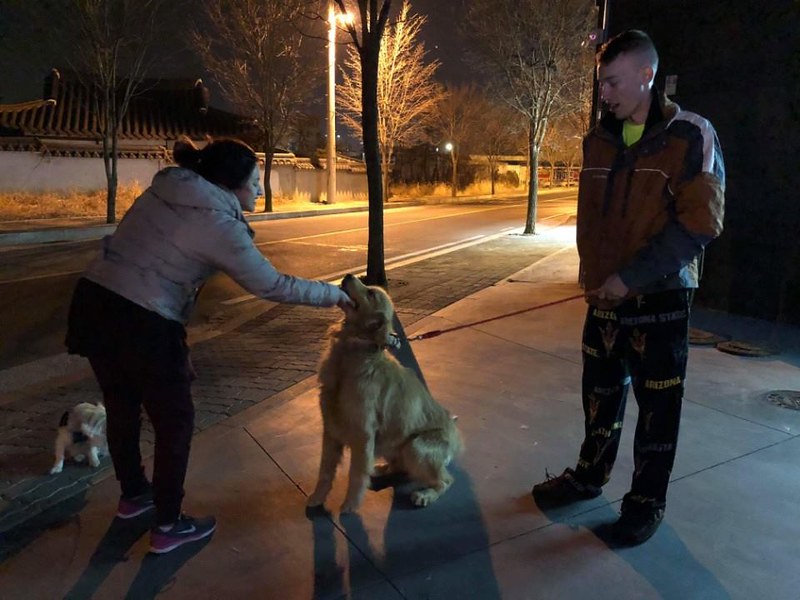 Photos: Busan Korea Alliance for the Prevention of Cruelty to Animals (KAPCA).