posted by KoreanDogs.org team on April 4,2018 in News

Below is translation of article reported on OhMyNews on March 21st:

On the 22nd of March, the Ministry for Agriculture, Food and Rural Affairs decided to amend Article 4, Section 4, Clause 1 of the Enforcement Rule of the Animal Protection Act to specify ‘physical suffering.’ This will allow for a more comprehensive definition of animal cruelty and strengthen legal punishment.

Last March, the National Assembly passed an amendment to the Animal Protection Act. Animal activist groups have since been advocating for the addition of a provision defining ‘physical suffering’ as animal cruelty in Article 8, Section 2, Clause 4 of the amendment, which stipulates prohibition of animal abuse. (Click HERE for previous report “Animal Protection Act amendment is welcome but there are many problems”) 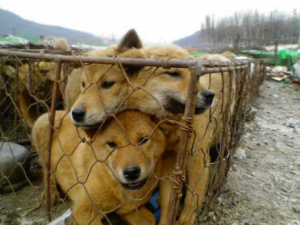 The addition of ‘physical suffering’ to the existing clause, “Inflicting an injury upon an animal for any other purpose without any justifiable ground specified by Ordinance of the Ministry of Agriculture, Food and Rural Affairs,” will help punish acts of animal abuse that were previously considered to be within the so-called “blind spot” of the law.

However, the Enforcement Ordinance and Rule presented by the Ministry last November did not include such information. Rather, critics argued that the Ministry had interpreted the amendment of the Animal Protection Act arbitrarily by deleting Article 4, Section 4, Clause 2 of the Enforcement Rule.

When animal rights groups protested, the Ministry issued a self-rescue plan to include the clause, “An act with cruel intentions that cause unnecessary, severe physical pain to animals,” citing concerns of unfair or excessive legal punishments for animal cruelty.

The petition stated, “The Ministry of Agriculture claims that the phrase ‘physical suffering’ is unclear by itself and can cause confusion to victims and/or perpetrators, and that such ambiguity cannot be included in the enforcement rule. It is hard to agree with the Ministry’s claims.”

The petition continues: “Taiwan, the United Kingdom, India, Singapore, and many states in the United States all have broadly applicable laws against physical abuse. If we go by the Ministry of Agriculture’s claims punishment can only be pursued in the examples specified by the Ministry, while other types of abuse not specified will be exempted.”

The animal rights activists expressed further concerns that the ambiguity could result in dismissal or exemptions from animal cruelty charges.

An official from the Ministry of Agriculture said, “We are working with the Ministry of Government Legislation to reach a compromise with the Animal Protection Group. We have decided to delete Article 4, Section 4, Clause 5 in the legislative proposal, and will include ‘physical suffering’ to Clause 1.”

He added, “We also added the phrase ‘physical suffering’ to Items 2, 3, and 4. Details will be revealed on the 22nd.”

Lee Won-bok, the president of the Korea Association for Animal Protection, said, “Animal rights groups and activists worked really hard over the last several years. We’re glad to see the reflection of our hard work, but there’s still a long way to go. We’ll continue to monitor to make sure the laws are enforced.”
Video: Dog farm for dogs for human consumption in South Korea. SaveKoreanDogs.org 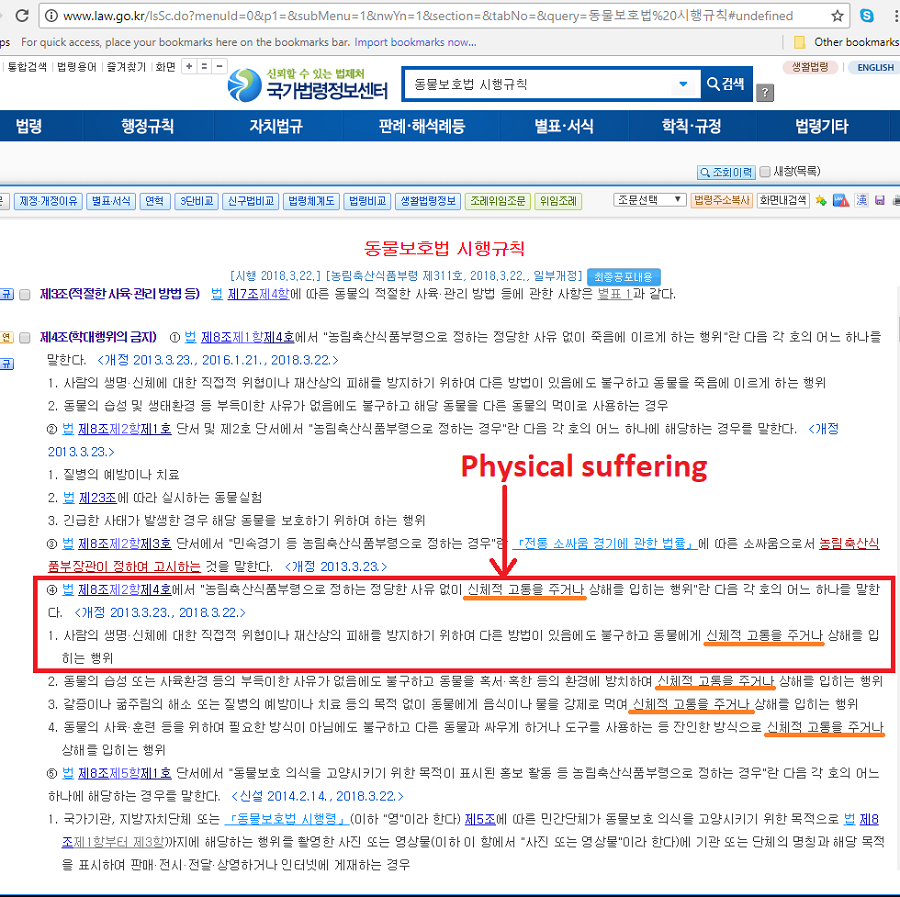