posted by KoreanDogs.org team on August 5,2015 in Campaign, Event 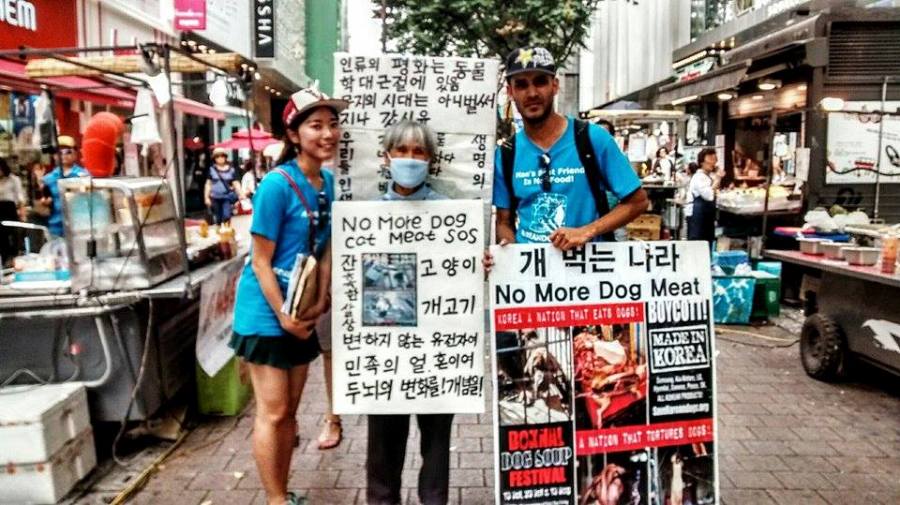 Anri and Ahsan with Grandma Activist in Myeongdong, South Korea.

Ever since the parliament protest finished a week ago, Ahsan and I have been out every day for 6-7 hours non-stop in the main tourist spots collecting signatures from foreign visitors/professionals and handing out fans. Click HERE to see Anri’s petition letter. The reason why I created this new petition is 1. Other bigger organizations in Seoul are already doing petitions targeting Korean locals. 2. The Government should be more willing to listen if the actual tourists within the country who are hugely impacting the nation’s economy express their disgust at dog meat and their intention not to return to the country again until the practice ends, rather than just random foreigners living abroad saying they will boycott Korea.

One thing about speaking to people on the street is it is very stressful and energy-draining, and reminds me of the days I worked door-to-door. Most people say “No thanks,” which is mysterious to me since I am not offering them anything, or they say, “I don’t like it but I’m good,” which makes them just as apathetic and ignorant as Korean young generations are. One European woman told me to go to Syria because there are far worse people there and babies are dying. I would be happy to sign her petition for that cause IF she was doing it for the cause. I told her to go there herself if she is really that concerned, instead of having a romantic vacation with her equally useless boyfriend. Another Asian woman told me I was being too pushy and aggressive, after I responded to her boyfriend’s “I don’t feel safe giving away my name.” Sometimes though, you need to be really persistent talking to those self-centered and uninformed, who make up the majority of the world population anyways, but I think this specific woman was simply too uncaring and busy with her own life.

There have been of course positive reactions from many. A group of Filipino girls earnestly added their names into the petition and took our picture saying they will call for their friends’ attention on SNS. Several Chinese and Indonesian youngsters came up to us and showed their great support. Their countries are among those with dog meat problems, but you can never judge an individual person by their nationality. So far the best encounter has been still with the very old Korean woman, who has been silently protesting each day entirely on her own for the past decade or so, walking around carrying signboards. We first found her when we came to the county a month ago and shook hands with her. This time around, she recognized us working towards the same goal in the same area. Her smile is the kindest and most compassionate of all I have ever seen. 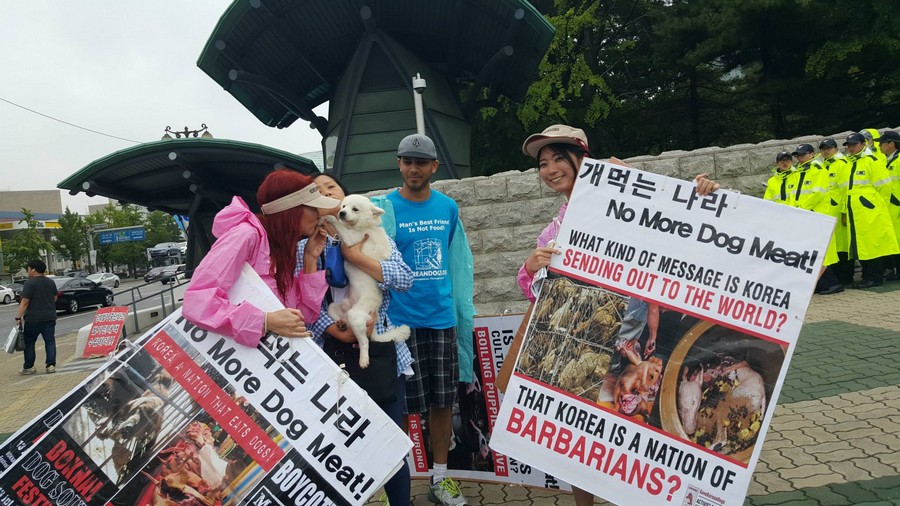 Nami’s favorite shot of us — with Madeline Warren and Ahsan Rashid. 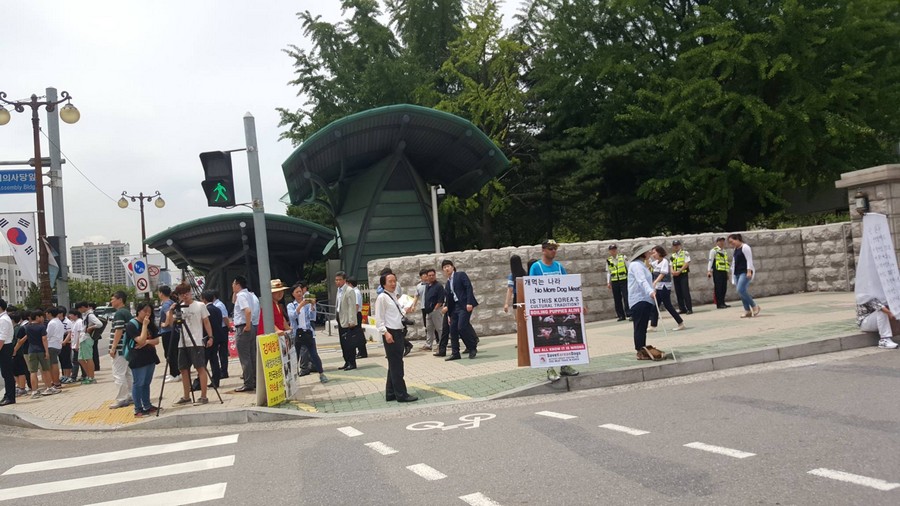 Silent protest at the entrance to the South Korea’s National Assembly. 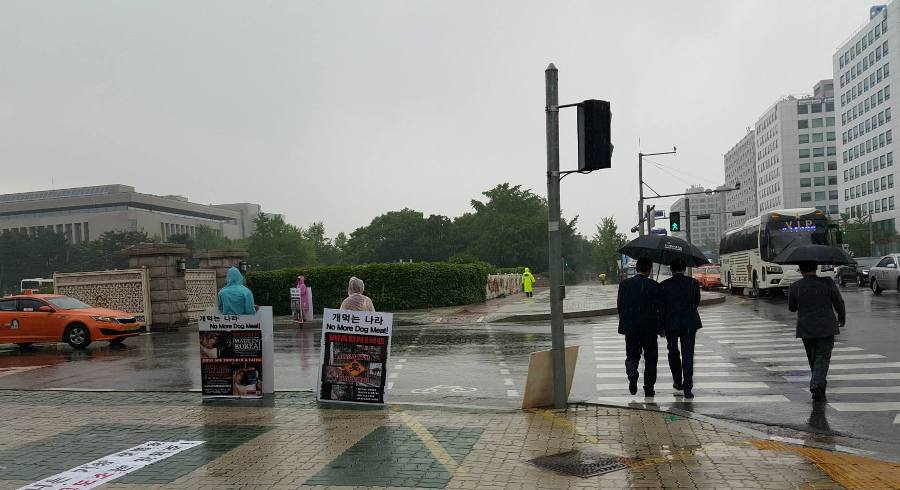 Our protest on a rainy day – with Ahsan Rashid and Madeline Warren. Korean National Assembly. 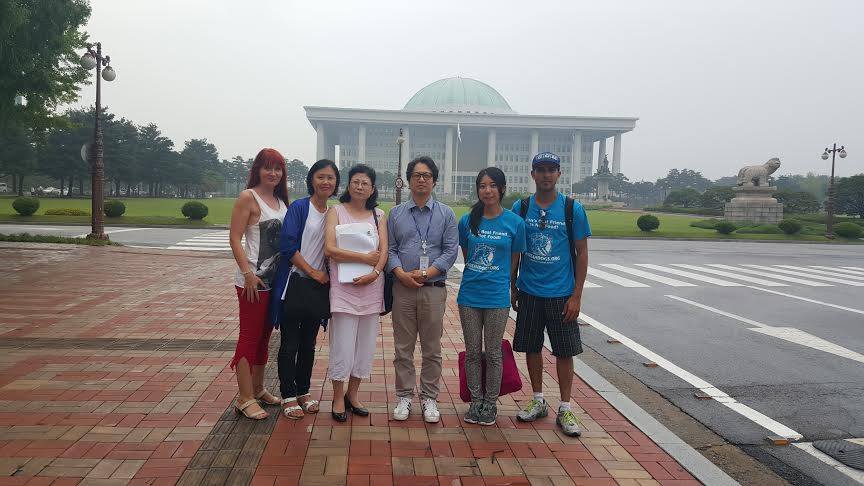 We had a talk with the legislative assistant who was one of the officials involved in the making process of the country’s Animal Protection Act and also was working on some amendments to increase the punishment for animal abuse. 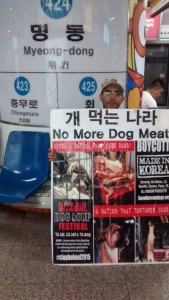 On the way back from signature collecting in Myeongdong — with Ahsan Rashid. 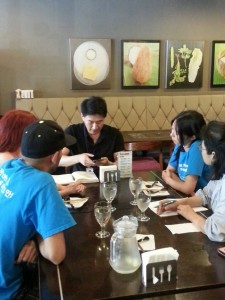 Interview by a local reporter 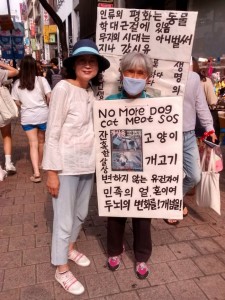 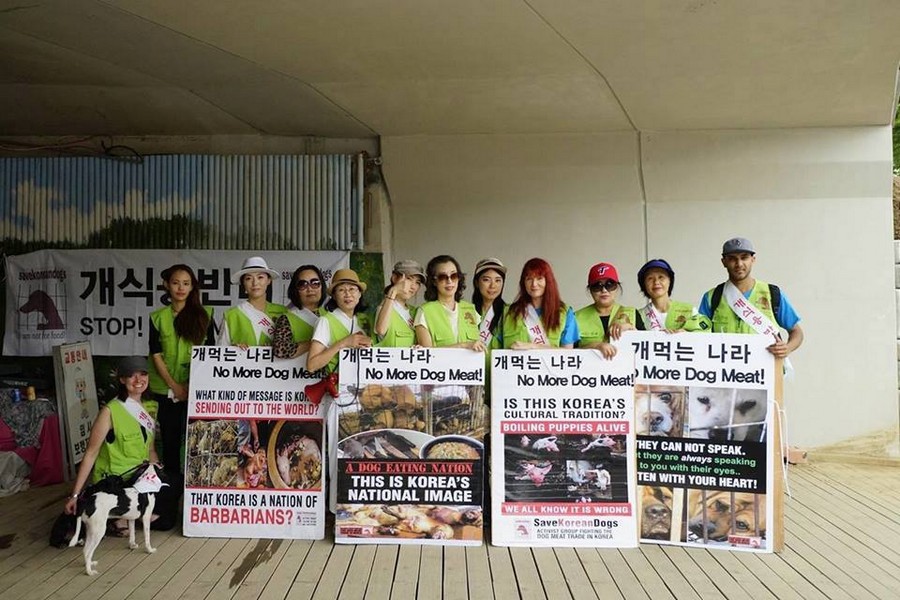