posted by KoreanDogs.org team on August 24,2016 in The Animals' Battalion 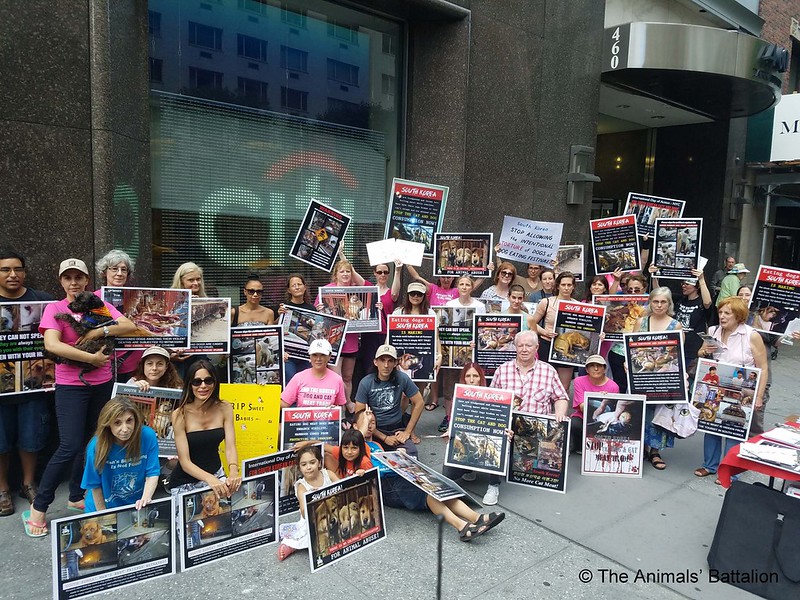 The third day of 3 demonstrations was a big success. Not only did Consulate General Ghee-Whan Kim in New York acknowledge them, but he also promised to deliver their message to the Korean government. What a breakthrough!! It pays to be persistent and determined.

However, the Korean government is very good at taking the heat and doing nothing toward change. That’s why they are the ONLY INDUSTRIALIZED NATION IN THE WORLD which still allows this barbaric practice. So, let’s keep up the great work and not stop until South Korea permanently ends this shameful trade.

Click HERE to see the photos from this event!