We received a response from the Mayor of Gunpo, resulting from one of our campaigns urging their Sister City, Belleville, Ontario, Canada to speak out against the illegal dog and cat meat industries in Gunpo. We currently have two other active Sister City campaigns against Gunpo– Clarksville, Tennessee, Grant County, Washington.

We very much appreciate Mayor Yoon-Joo Kim responding to us and what he says in his letter sounds very genuine. However, it does not contain any promise of affirmative action to end the illegal dog and cat meat industries operating in his city. But we still feel our campaign to be a success as the Mayor and his Government are now well aware that people from all over the world are monitoring them and they realize that we are not going away until the dog and cat meat trades are brought to an end. We are cautiously optimistic that the Mayor will put his words into action in any future policies and decisions he makes for the animals in his city.

Let’s keep the pressure on the Korean Government until they aren’t able to stand it any longer. Time to create another campaign. 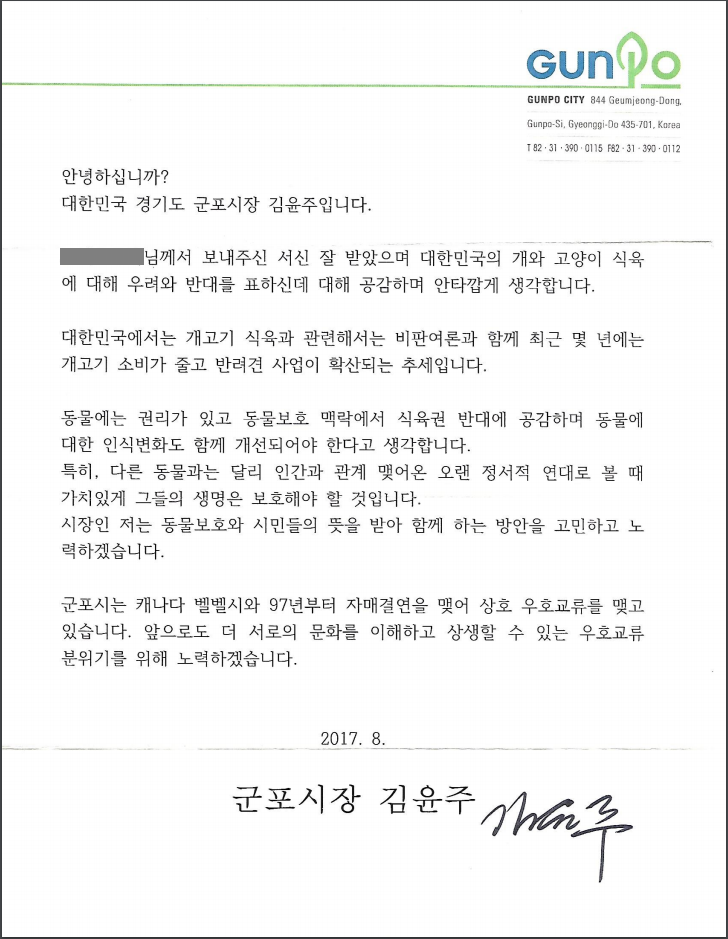 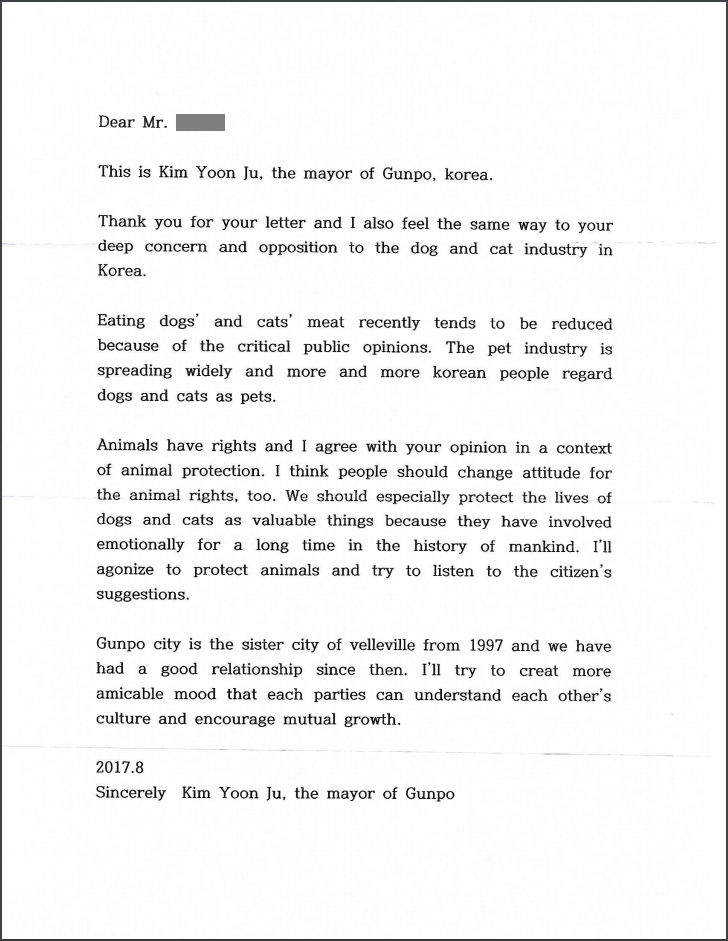