Below is translation of July 11, 2017 Press Release from Korea Animal Rights Advocates(KARA):

We are exposing the dirty secret of how dog meat farms were able to be formed and operated in South Korea, the only nation in the world where dogs are bred in factory farms in which hundreds or even thousands of dogs are raised by only one or two people. According to Korea Animal Rights Advocates (Director: Soon-Rye Im, hereinafter referred to as KARA), it was discovered that the Ministry of Environment was neglecting to properly manage food waste by allowing illegal disposals. By exploiting the laxity of the Ministry of Environment’s management of food waste, dog meat farms were able to grow to such immensity with free illegal food and livestock waste.

According to the Control of Livestock and Fish Feed Act, for food waste to be processed and distributed as animal feed, it must first be transferred to an authorized recycling facility where it is sterilized and tested for contaminants such as salmonella and residual selenium content. In 2016, 83 of such recycling facilities processed 1.1 million tons of food waste, and distributed to pig farmers 400,000 tons (approximately 37%) of the recycled food waste collected. However, the Ministry of Environment issued food waste processing licenses to dog farm owners who wanted to collect food waste, without ever inspecting or checking these dog farms to ensure compliance of standards. By granting non-discriminatory waste management authority to dog meat farm owners without supervising their abidance of the Control of Livestock and Fish Feed Act, the government contributed to rampant animal abuse, threats to public health, complaints of odor and pests, as well as the environmental pollution caused by the secondary dumping grounds.

Even more serious is the extent of the mismanagement of livestock waste. Management authority of livestock waste, which must be thoroughly recycled or disposed of, was issued to the dog farms, which is like a free pass for prevention of epidemics. This is no different than the complete collapse of the system to prevent contagious zoonotic diseases such as avian influenza. The response of the Ministry of Agriculture, Food and Rural Affairs has been a complete shame with neglect of responsibilities reaching the level of “waste terror”. Remaining unaware of the severity of the situation, they prohibited distribution of recycled food waste wet slops only to poultry, not to dogs. 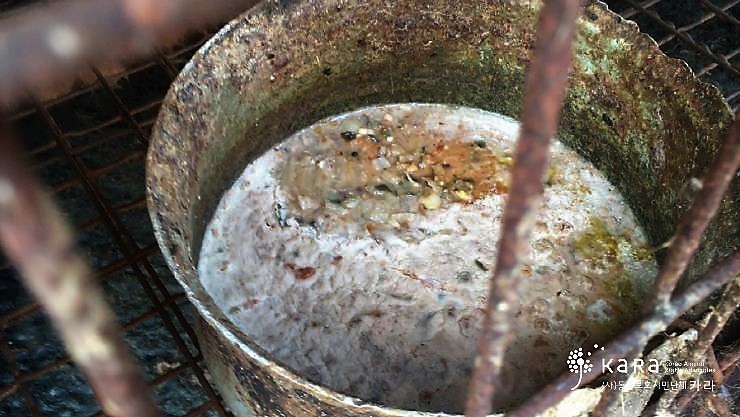 Despite a significant decrease in the consumption and demand of dog meat soup and a slump in the price of dogs, dog meat farms have been able to stay in business due to the systemic and illegal support of the Ministry of Environment. Their lack of concern for animals permitted dog meat farms to feed dogs free waste they were paid to take and treat dogs as living garbage cans.

As a result, among the 33 total registered waste management businesses in Gimcheon in Gyeongsangbuk-do Province, 6 farms had unverifiable types of livestock while the other 27 reported that they operate a dog meat farm and they intend to use the waste to feed their dogs.

One of these dog meat farms, JeonOO farm, reported that he raises 370 dogs and collected food waste from 25 large dump sites, including one university, one high school, one middle school, and nine elementary schools. It is unrealistic that 370 dogs could consume such a huge amount of food waste, leading us to suspect secondary trade, disposal, or illegal sale of these food wastes. It is speculated that the money received for waste collection could be enormous.

In particular, the recent outbreak of avian influenza, which resulted in the unprecedented mass culling of 40 million poultry, started at a slaughterhouse (OO Food, Inc.) located in Eumseong, Chungcheongbuk-do Province. Of the 22 animal waste management businesses that collected the waste from this slaughterhouse, a whopping 10 businesses were confirmed to be dog meat farms. The 10 dog meat farms were located in Goesan, Eumseong, Jincheon, Chungju in Chungcheongbuk-do province and as far away as Gimpo in Gyeonggi-do province. In another case, a dog meat farm in Naju, Jeollanam-do Province was found to be collecting large amounts of livestock waste not only from the duck slaughterhouses in Jeongeup, Jeollabuk-do Province, but also from ones located as far away as Paju, Gyeonggi-do Province.

The way in which meat dog farms view dogs, which are sentient beings and companion animals, can be found in the Korea Meat Dog Farmers Association’s registration application as a legal corporate entity submitted to the Ministry of Agriculture, Food and Rural Affairs. In setting themselves up as a legal entity, the Association itself stated that its purpose would be to “recycle food waste as animal feed and manage waste disposal.”

KARA stated in response, “In this day and age where farm animals are being liberated from confining cages and a transition to ecological welfare farms is being sought, the Korea Meat Dog Farmers Association is an organization that admits to using dogs, universally accepted as companion animals, as living garbage cans to dispose of food and livestock wastes, with their only interest being maximizing profits.” They continued, “The gross neglect by the Ministry of Environment, the Ministry of Agriculture, Food and Rural Affairs, and the Ministry of Food and Drug Safety has contributed to the growth of large-scale dog meat farms resulting in the creation of this organization that has no remorse for their ill gotten gain from exploitation, but instead arrogantly claim their vested rights.”

Regarding the Ministry of Environment’s neglectful and unlawful practices in waste management, Ms. Guk-Hwa Seo (KARA’s expert attorney) pointed out their illegality. “Under the principle of recycling of wastes, the Ministry of the Environment handed off their responsibility to efficiently recycle food waste to dog farmers who would never meet the standards and criteria defined by law, turning them into waste management companies and granting them ‘registration’, and in the course of using these animals as food waste processing machines have failed to supervise or regulate any aspect of the food waste processing procedures such as where waste is distributed, recycling into animal feed status, and the content of the ingredients.”

KARA stated, “Due to the Ministry of Environment’s illegal activities regarding waste management, dog meat farms have been able to grow to immense operations.” They further stated, “Immediate actions are required to target the rampant animal abuse, threats to public health, outbreaks of contagious zoonotic diseases such as avian influenza, complaints of odor and pests, and environmental pollution from secondary dump sites.”

Shortly after the press conference on the 11th, KARA, to find resolution to the problem, requested a meeting with the Minister of Environment and demanded that they conduct an immediate nationwide survey of distribution of food waste to the dog meat farms. 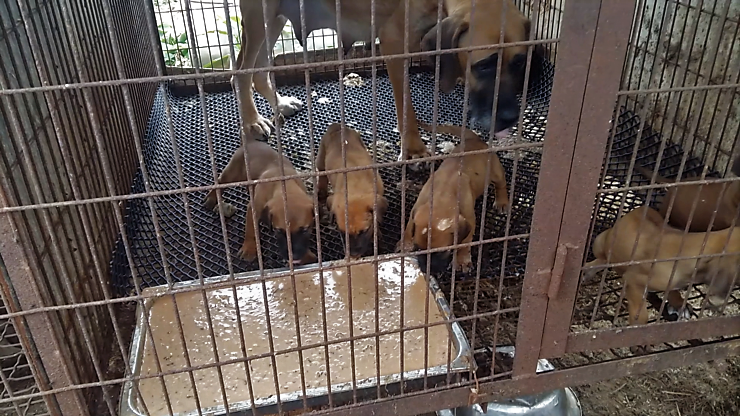 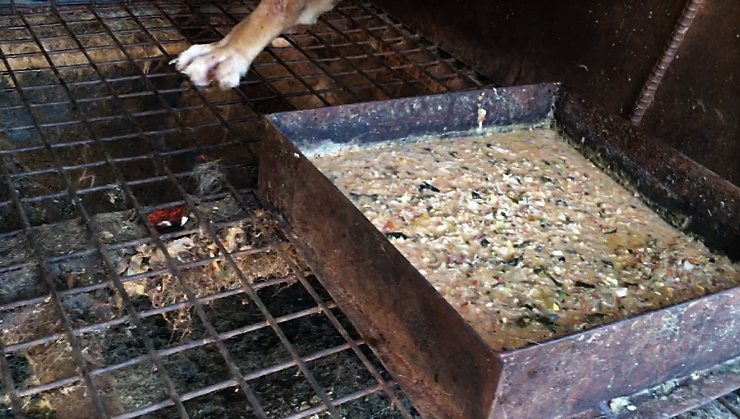 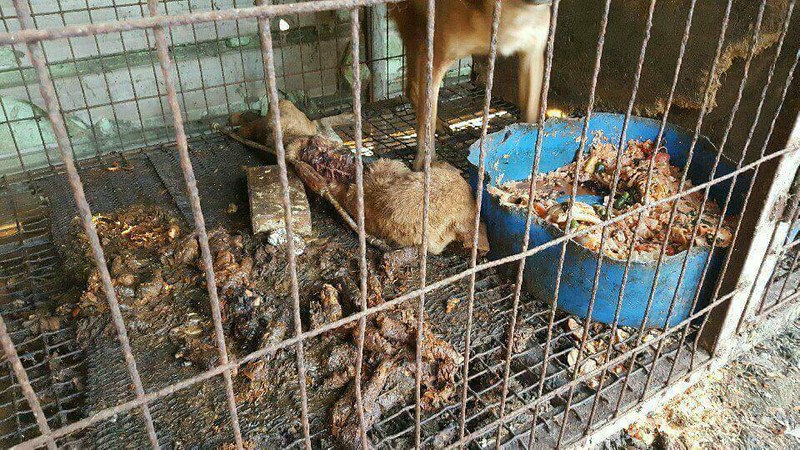 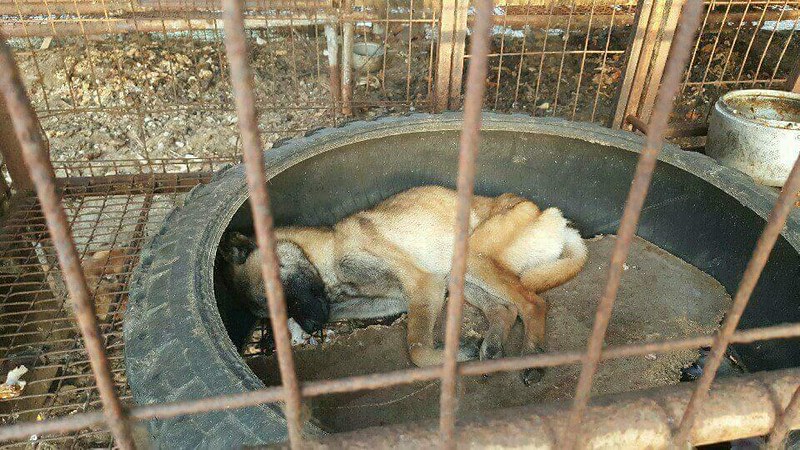 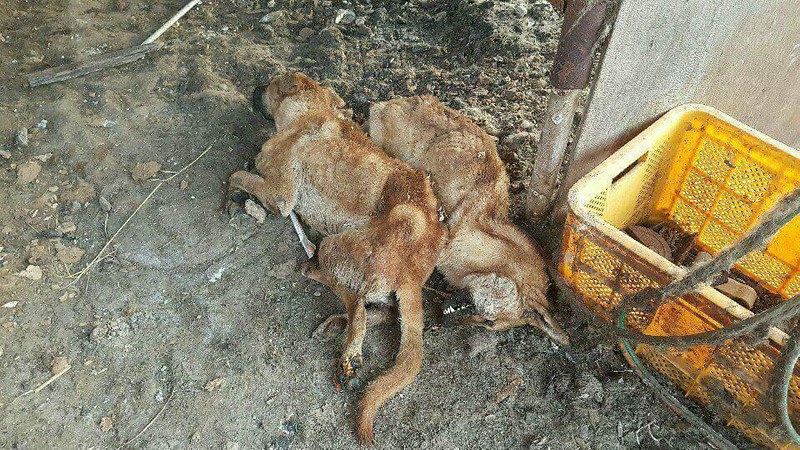 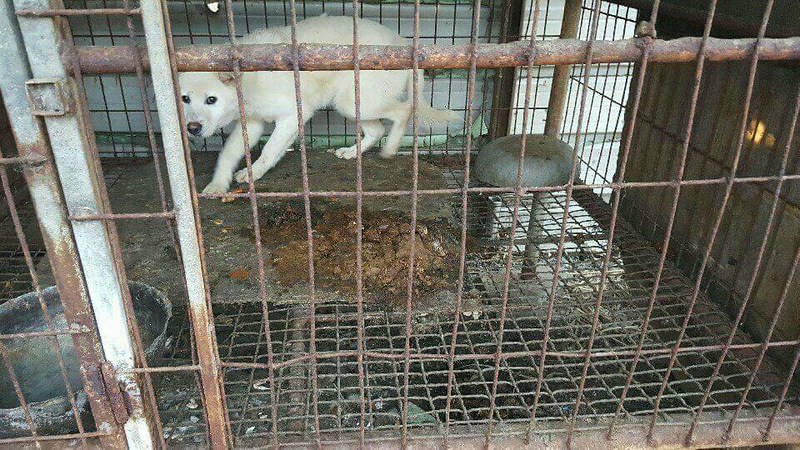 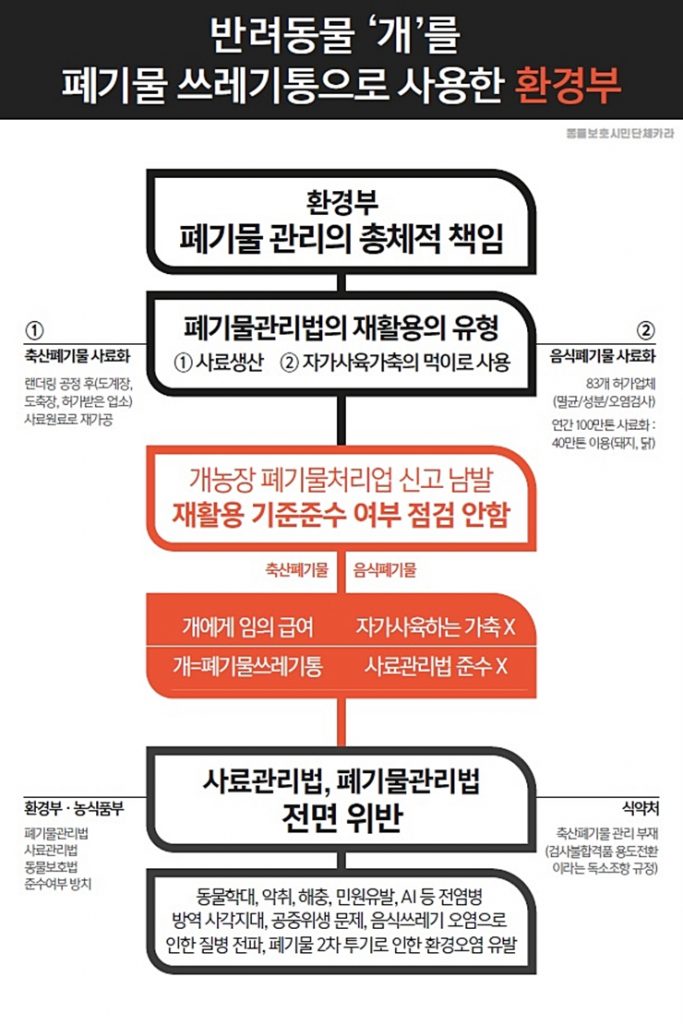