posted by KoreanDogs.org team on February 10,2017 in Action Alert, Campaign

No one else showed up except his dog, Yumi-Jane but that did not discourage Michael. He and his dog handed out about 100 leaflets and raised awareness to many people about the horrendous South Korean dog and cat meat cruelty. I am sure the Consulate General folks took noticed and were not so thrilled.
Michael is ready to do it again. Please join him on his next leafleting event to make it more impactful for the Korean animals. 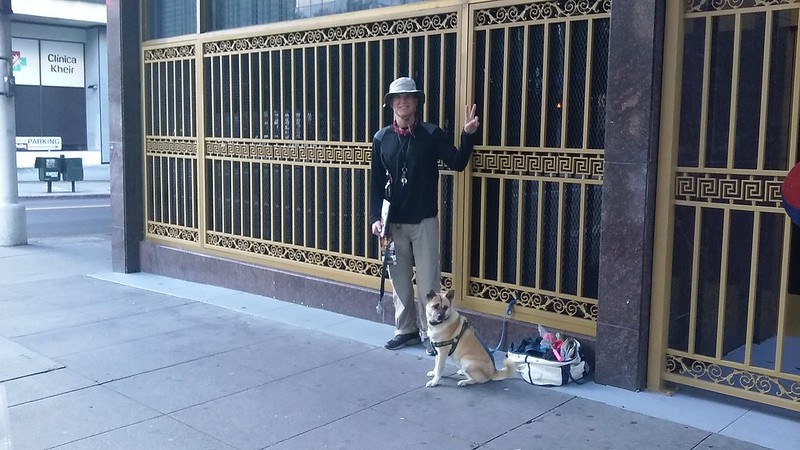 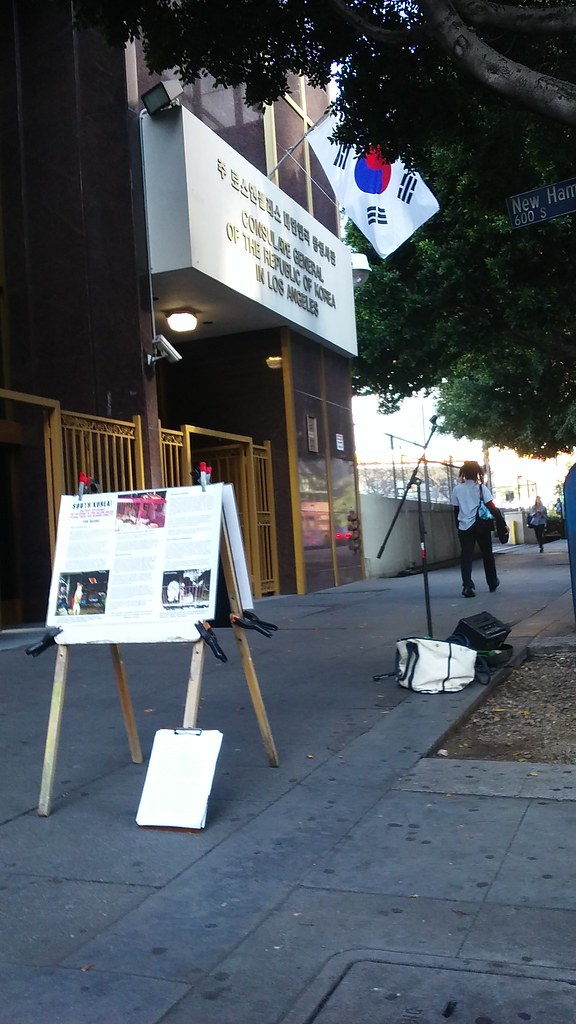