posted by KoreanDogs.org team on August 16,2019 in Uncategorized 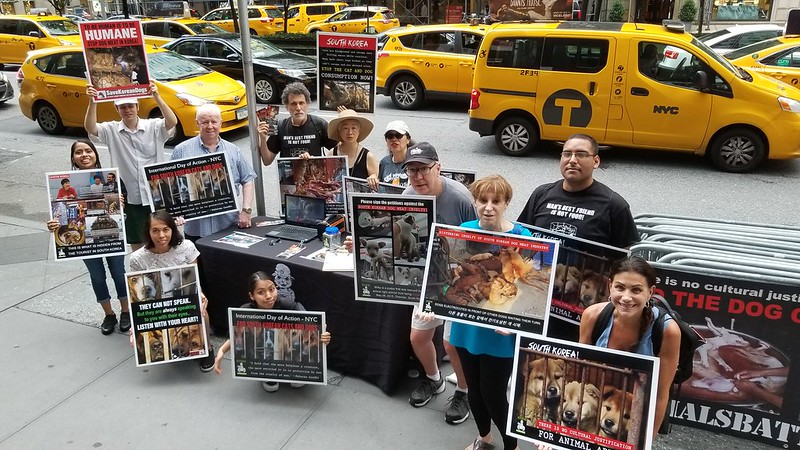 The Animals’ Battalion held a series of demonstrations in New York City, for the sixth year in a row. They demonstrated outside the South Korean Consulate, to make that government aware of how strongly we abhor their indifference to the mass cruelty and suffering inflicted on sentient animals, within the dog and cat meat trades; and also of the failure of their government to bring about an end to this evil trade which makes profits from the suffering of animals.
Friday, August 9, was Day 3. Thank you to The Animals’ Battalion for organizing this demonstration, especially Roberto and all the dedicated animal advocates who came to help. Thank you so much for standing up for compassion!

“Our immense gratitude to the animal activists that came out for the last Boknal protest of 2019. This festival ends on Sunday. The movement to end the dog cat meat trade has increased year by year. It is no longer a topic that can be avoided due to public demonstration, media coverage and constant pressure on government officials. All that happens because of dedicated activists like you. Thank you! Please continue to support the rescuers worldwide that are saving animal lives from slaughter.
May the end of the dog cat meat trade come soon!” 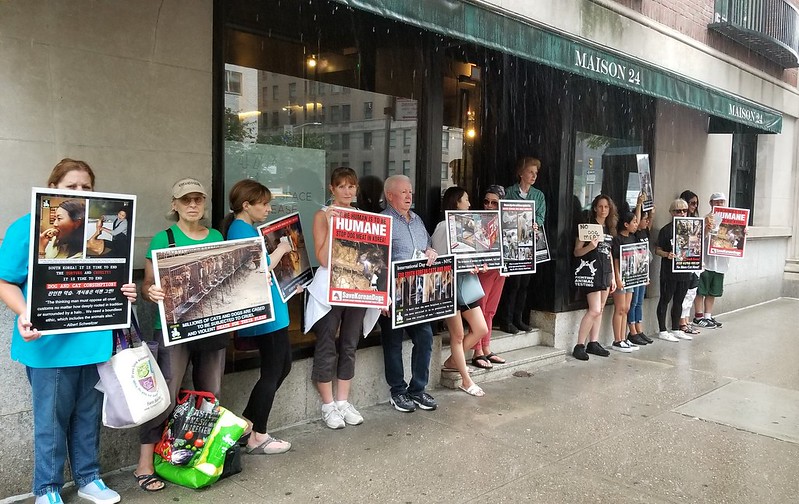 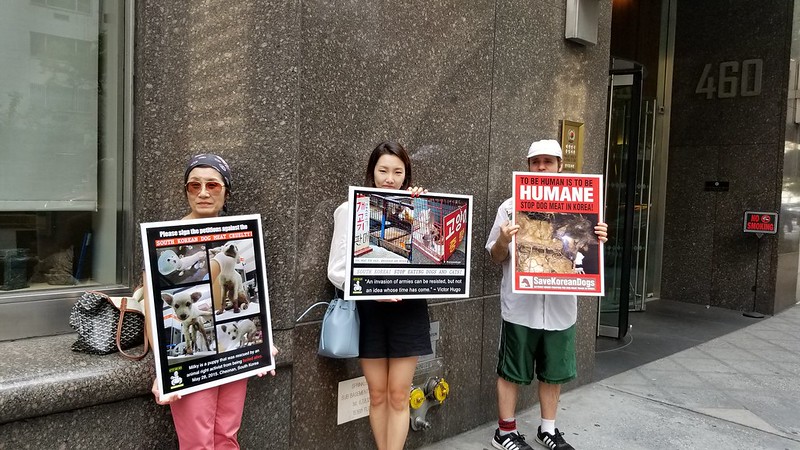 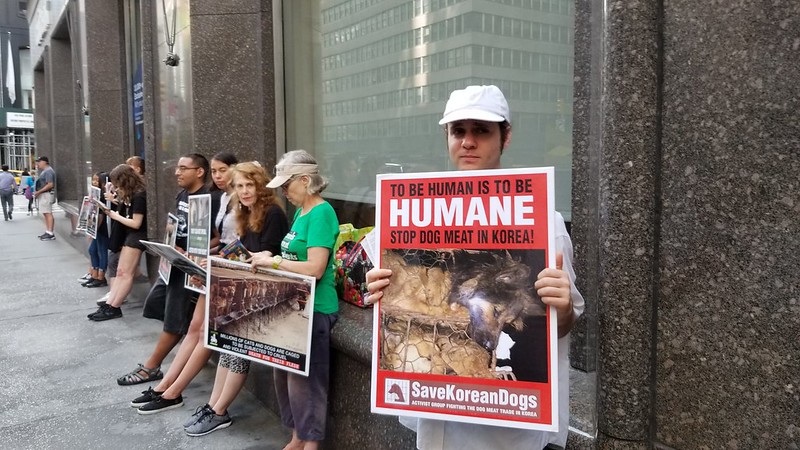