Home / Blog / Olympic Committee Members ‘say it like it is’ – well done, and thank you!

Olympic Committee Members ‘say it like it is’ – well done, and thank you! 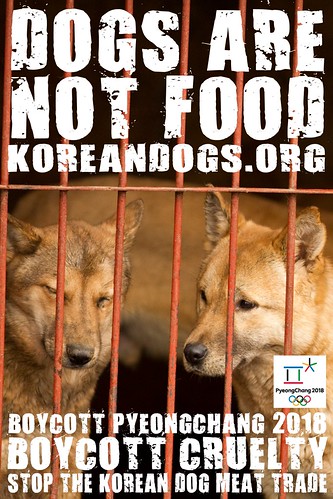 For several years, we have campaigned to the Sports Community asking them to stand with us in speaking out against the South Korean cruelty of the dog and cat-meat trades. This is a highly sensitive, political and controversial issue, and we rarely get a response. However, on occasion, we reach people who are not afraid to speak out or make their opinions known. These are very brave people and deserve full recognition, and we would now like to share a few of the letters we have received from them, and give them our wholehearted thanks.

Their replies are extremely important in making the Korean Government aware that the drive towards getting South Korea to be a dog-meat free country is spreading, with a voice that is growing and will only get louder – and more damaging in the eyes of the international community.

You can find a sample letter to the International Olympic Committees which you can use, and email information, here: https://koreandogs.org/what-you-can-do/more-contacts-for-protest/write-to-isoso/ 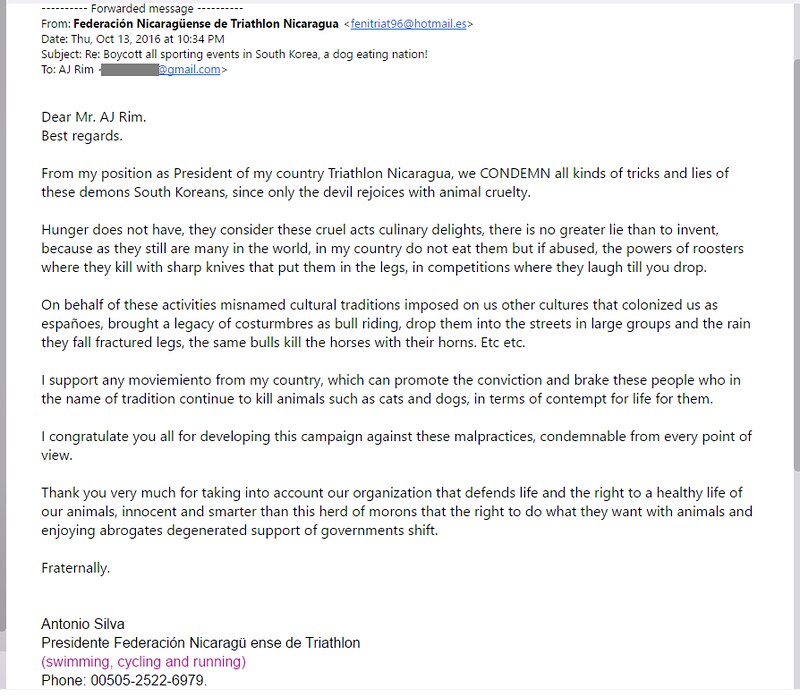 Below is letter is from Mr El Mamoun Belabbas, Treasurer for “Confederation Africaine de Canoe” as well as the President of the FÉDÉRATION ROYALE MAROCAINE DE CANOE-KAYAK.

Thank you, Mr. Belabbas for speaking out for the Korean dogs! 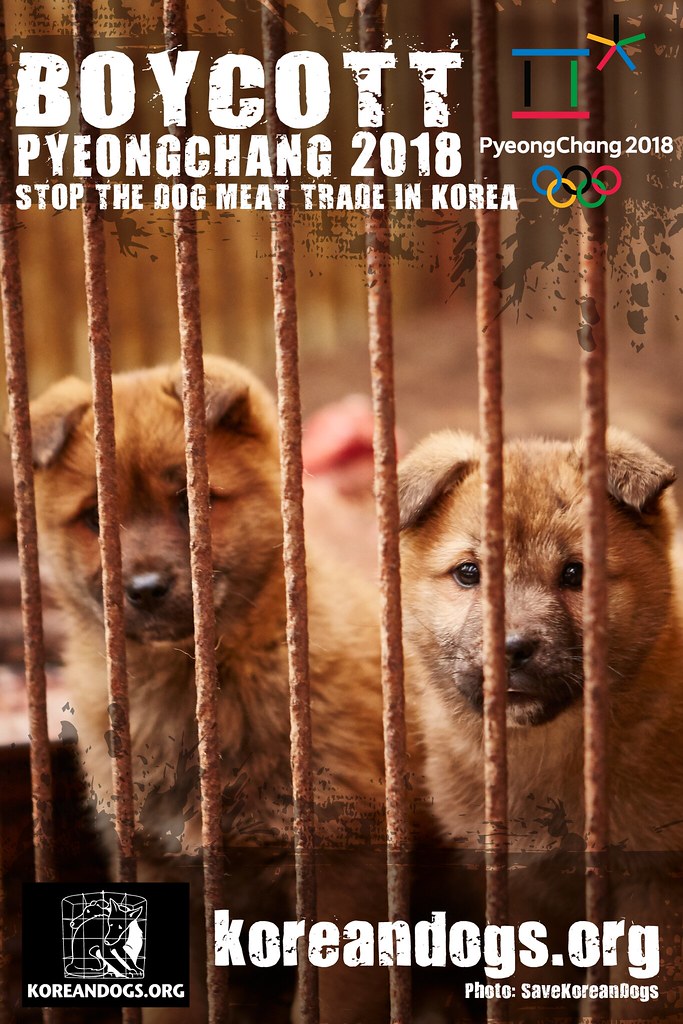