posted by KoreanDogs.org team on September 19,2014 in Action Alert, Campaign

Seeking Donations for Dog Food at Yangsan Shelter
A dog shelter in Yangsan, South Korea is home to many dogs who are abandoned or rescued from the dog meat industry. Currently they have several large dogs, most of which were rescued from the dog meat industry. However, they have almost zero chance of being adopted in South Korea because Koreans generally don’t consider large dogs as pets especially if they are not purebred western breed dogs. It would also put them at risk of ending up into the dog meat markets again if they were to be adopted within Korea.

For these reasons, a volunteer animal advocate, Nami (blog: http://blog.naver.com/savethedogs) who is fluent in both Korean and English is working with overseas rescue groups to find homes for these sweet dogs.

One dog, Cracker (See photos of Cracker here: http://blog.naver.com/savethedogs/220123279721) has already been rescued by the Northern California Family Pet Rescue (www.norcalfamilydogrescue.org) in San Francisco and will be flying to the US to find a forever home thanks to Nami and her dedicated effort.

The details of some of the dogs are as follows: 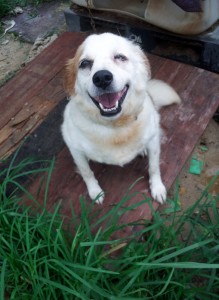 Smiley
Male, a 5 year-old, breed – Great Pyrenees mixed, one eye blind. Waiting for loving and caring family who can provide a forever home for this very special guy.
Smiley was rescued and adopted by a home near the shelter in Jangseunpo. One day an alcoholic in the neighborhood was going to cook him when no one was home and started beating him. By the time a neighbor got there, Smiley was already beaten badly and his left eye was bleeding. Now he is back to the shelter with a blind left eye. Nami Kim, anti-dog meat activist and volunteering at the shelter, will handle all the documents required for overseas adoption including the quarantine documents. You are responsible to pay for the transportation cost. If adopted, Smiley can depart from Busan. Despite all that he has been through, Smiley is very cheerful and friendly. 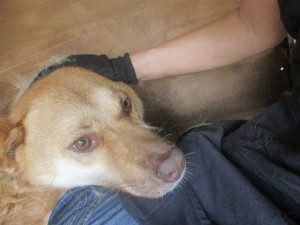 Yellow
Male, a 3 year-old, 18-20 kg, breed-Jindo.
Yellow was found with a big bleeding head wound. A neighbor saw an old man hitting him with a hammer and called the shelter. 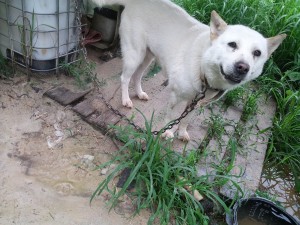 Sweety
Female, a 4 year-old, 17 kgs.(38 lbs), breed – Jindo
Someone purchased Sweety from a dog meat trader before being sold to a meat restaurant and brought her to this shelter. She is very sweet.
Sweety is vaccinated and spayed. 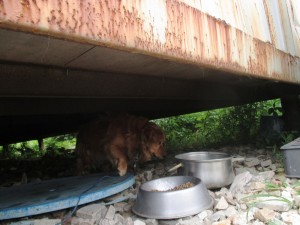 Lobe
Male, a 2 year-old, 12 kgs, breed – Golden Retriever mix. He was rescued near a dog farm (where they raise so called “meat dogs” to be cooked) when Lobe was a puppy. Neighbor said Lobe was dead but fought hard for life at an animal clinic and has been living at the shelter since then. He is still traumatized. 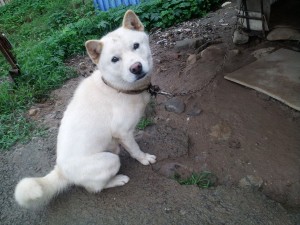 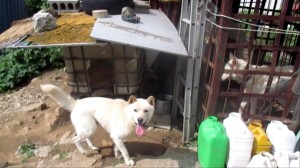 These dogs are all vaccinated and spayed with an exception of Wharang. Yellow and Lobe are not yet rehabilitated from the trauma but Nami is working with them.

This shelter which is run by a private individual is in need of financial help to pay for dog food. They don’t get funding from government and their sole source of income are donations by kind individuals. Please help us feed these angels by making a donation directly to the feed supplier who will deliver dog food to the shelter.
Below is the information on the feed supplier and how to make donation: 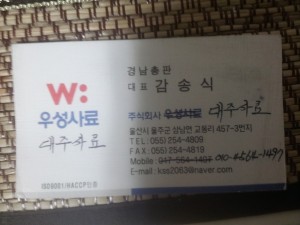 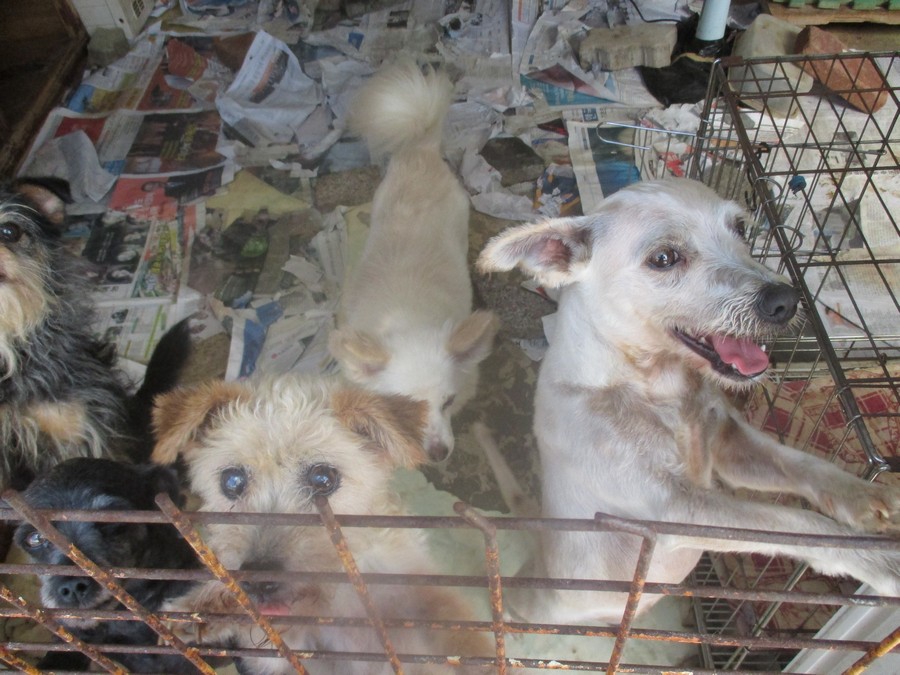 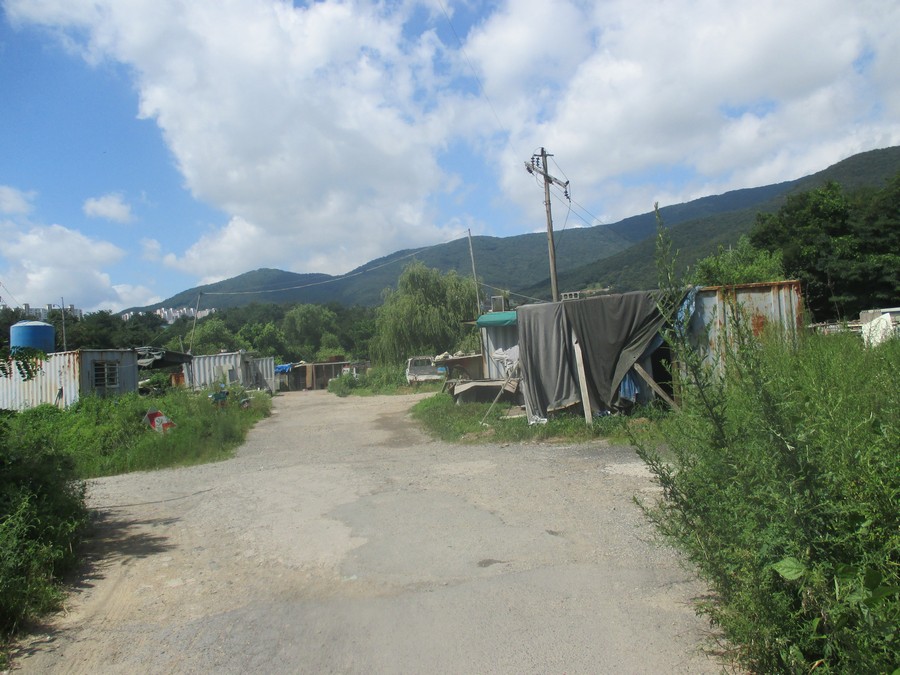 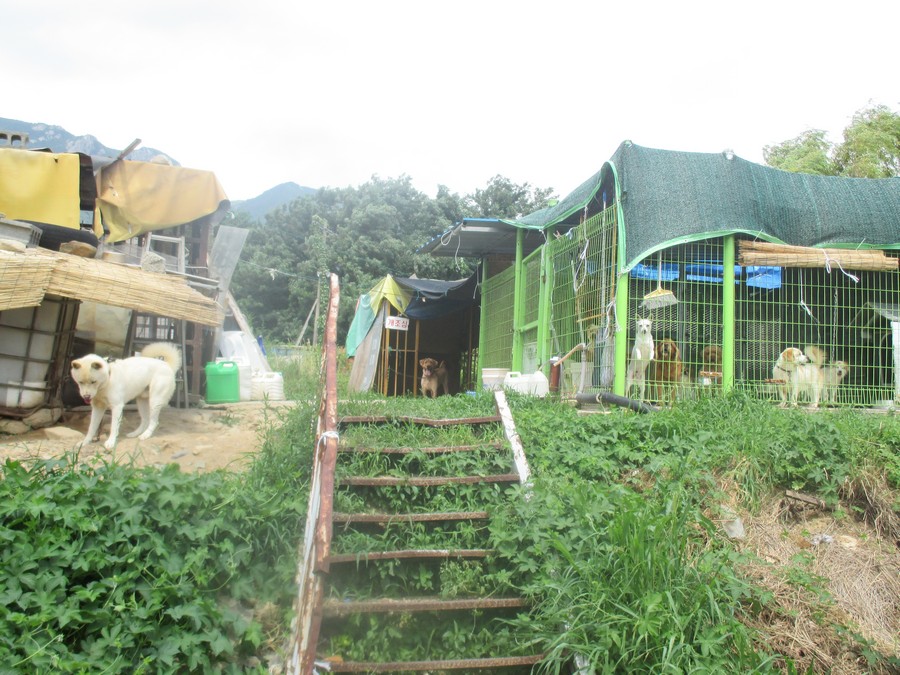 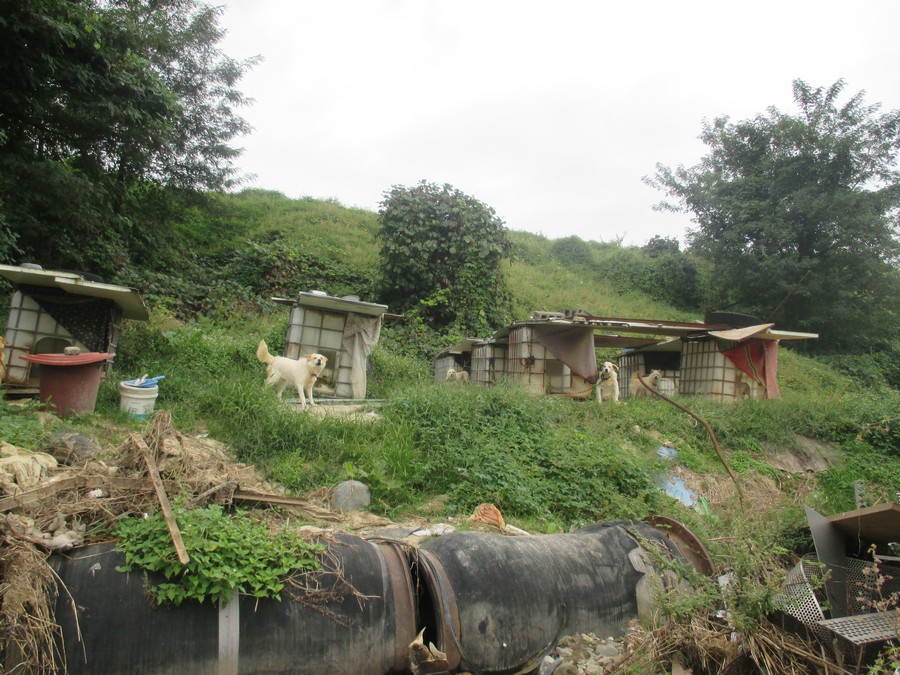 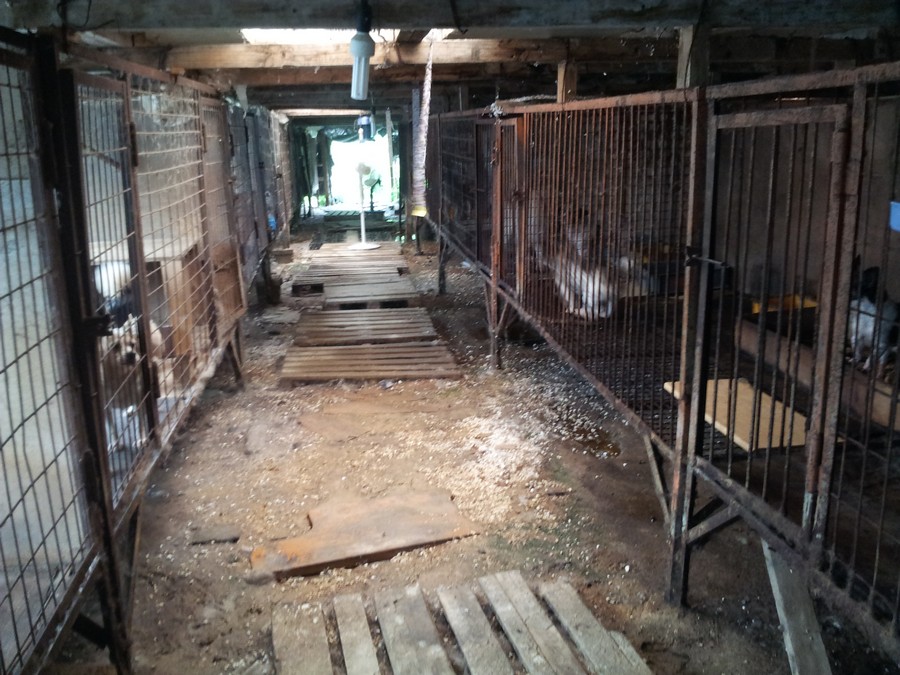