Backyard dog hanging in front of other dogs in Daejeon

posted by KoreanDogs.org team on October 26,2013 in News

This is a translation of a posting from Coexistence of Animal Rights On Earth(CARE)’s homepage: We are reporting an abuser who brutally hung and killed a dog that he raised at home to eat him. 10/16/2013

We are reporting an abuser who brutally hung and killed a dog that he raised at home to eat him.
Last Friday, we received a tip on our animal abuse reporting page about an old man who raises and kills dogs to eat. 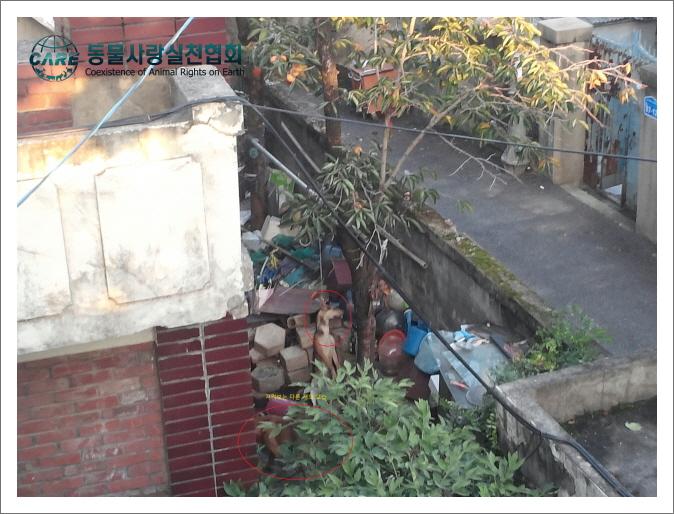 This old man was raising 3 dogs and to eat one of these dogs, he hung him by the neck and killed him in front of other dogs. The witness tried to stop him but despite his effort the old man went ahead and killed this dog. A yellow dog who was next to the dead hanging dog cried all night long, licked and scratched his dead friend with his paws trying to wake him up. A black dog that is not shown in the photo is terrified of humans and whenever he sees a human he would run away and hide in his house even when the treat is offered.

Dogs raised for the purpose of consumption live in endless fear and torment and brutally killed. 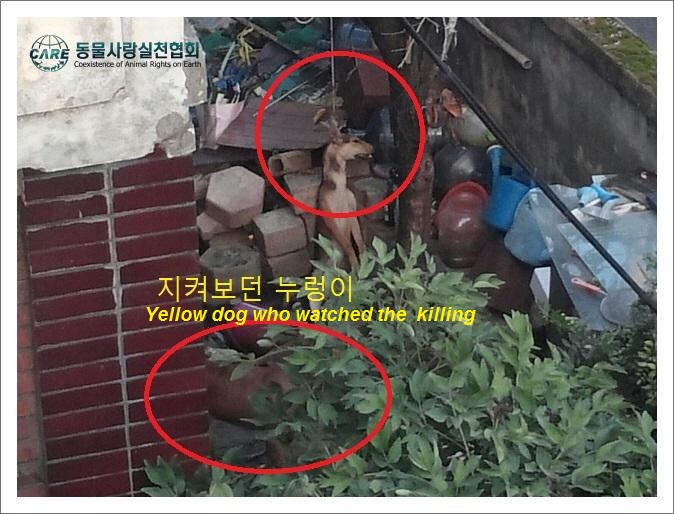 This old man brutally hung and killed dogs in front of other dogs. This is a clear violation of animal protection law.

CARE obtained the abuser’s name and address and reported him to the authority for the violation of animal protection law. The abuser must receive a proper legal punishment. Also we will request a cooperation from the Daejeon’s Dongu Borough office to separate the remaining dogs from the abuser. We hope for the expeditious investigation on this case.