posted by KoreanDogs.org team on June 7,2016 in Action Alert, Campaign

We have now found out that Seoul, South Korea, is NOT actually Sister City to Paris, France: our campaign was created based on the information provided on Seoul’s Official Homepage, but our volunteers have made direct enquiries to the City of Paris, who have confirmed that the information given on Seoul’s homepage is erroneous.

Seoul’s Homepage also claims that Rome, Italy, is their Sister City but they are actually Friendship City.

We will never know why the City of Seoul is making these false claim about being a Sister City with Paris, but we are now terminating this particular campaign and so closing the petition.

We would, however, like to thank all of you who have taken action and signed the petition; please keep up all of your great work and keep on fighting. This horrendous cruelty and travesty must end, and the animals of South Korea’s dog and cat meat industry are counting on your compassion.

Below screenshots are taken as of June 3, 2016 from Seoul’s official homepage. 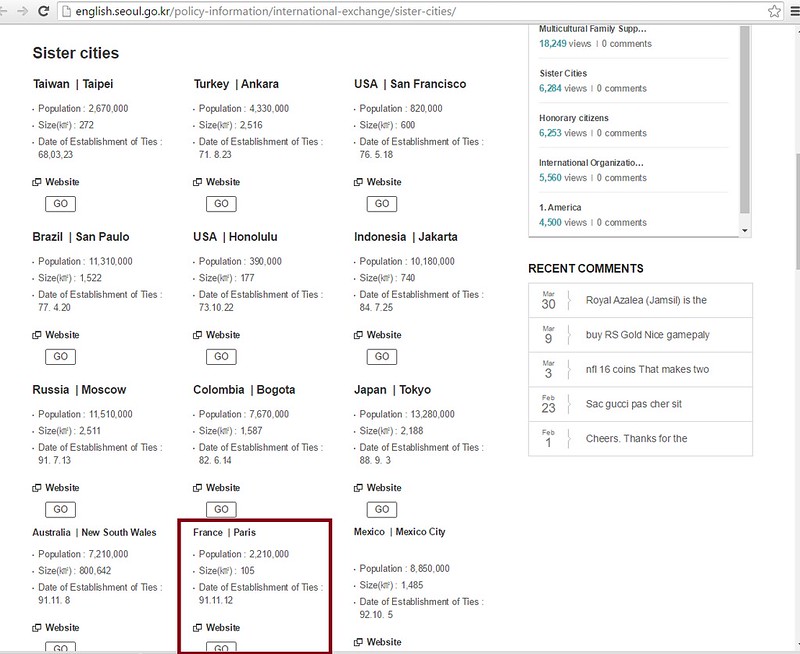 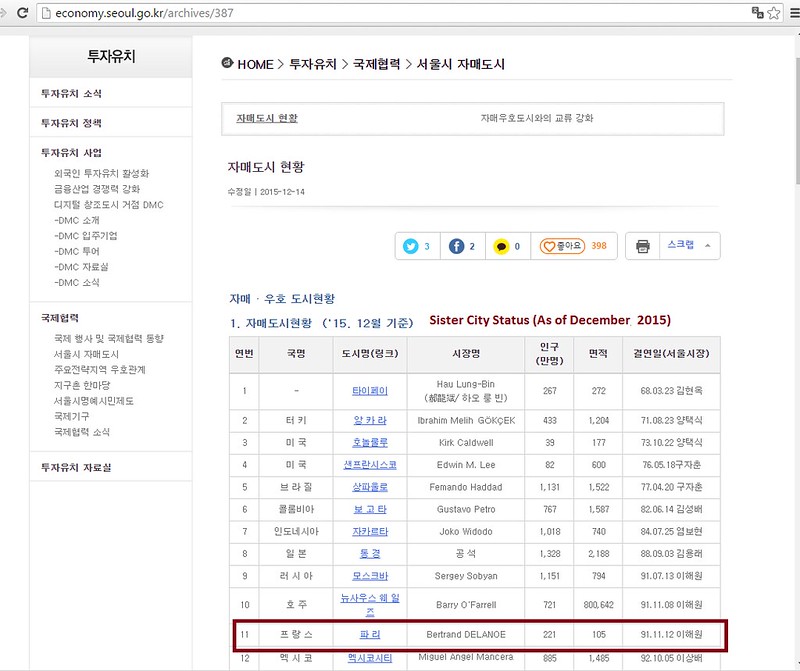 Click HERE to read ‘Street of Horror’ Dog slaughterhouses in the heart of Seoul.