While taking a short walk around Nam-Moon (means ‘South Gate’) Market (남문시장) and Ji-Dong Market (지동시장) located right next to each other in Suwon, Gyeonggi-do, our volunteer saw dozens of dog meat restaurants and so called ‘Health Centers’ that make to order ‘dog elixir'(dog boiled with herbs until it turns into a thick liquid and packed in plastic one-serving pouch). In this Metropolitan city filled with high rises and home to the global technology giants such as Samsung Semiconductors,.. .just outside of Seoul, sadly the evidences of barbaric and shameful dog meat consumption is everywhere. She poked her head into some of these restaurants and saw that the places were bustling with diners devouring on tortured innocent animals. Estimated number of dogs consumed in S. Korea is around 2-2.5 million every year.
👉 Suwon’s Homepage.
👉 Suwon on Facebook.
👉 Suwon on Twitter.

Below are just few of the dozens of dog meat businesses at the Nam-Moon and Ji-Dong Markets: 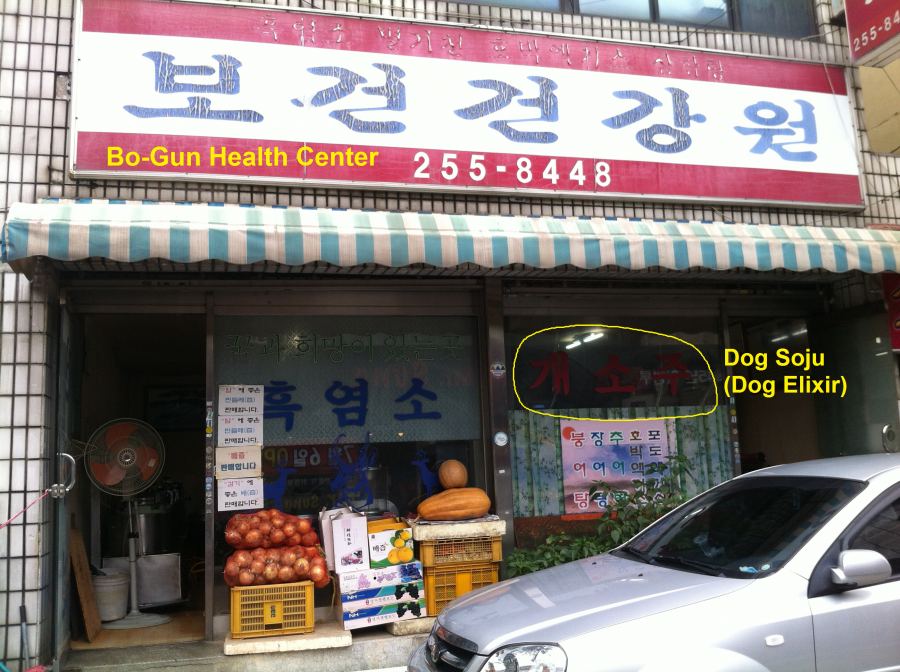 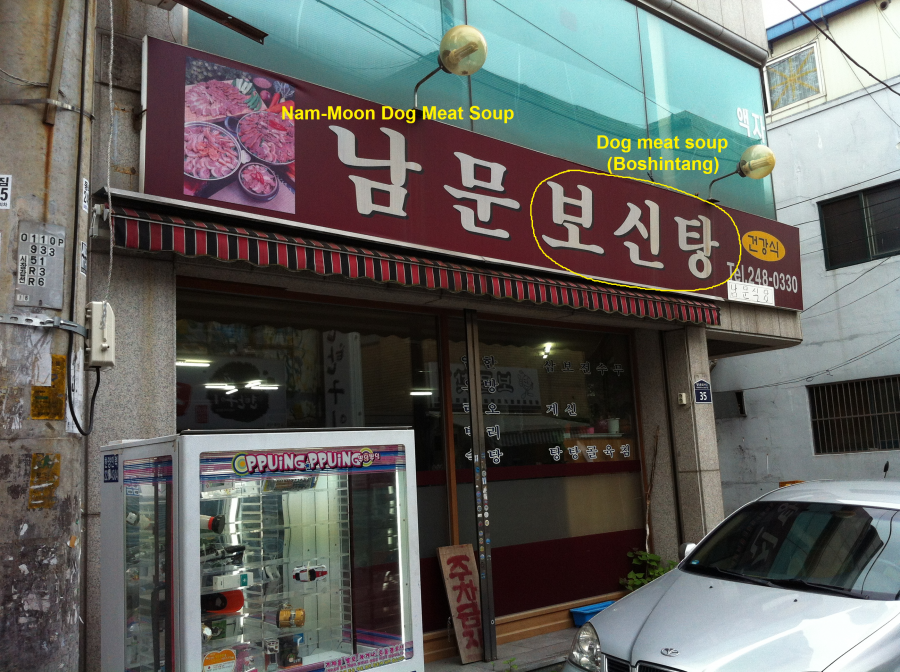 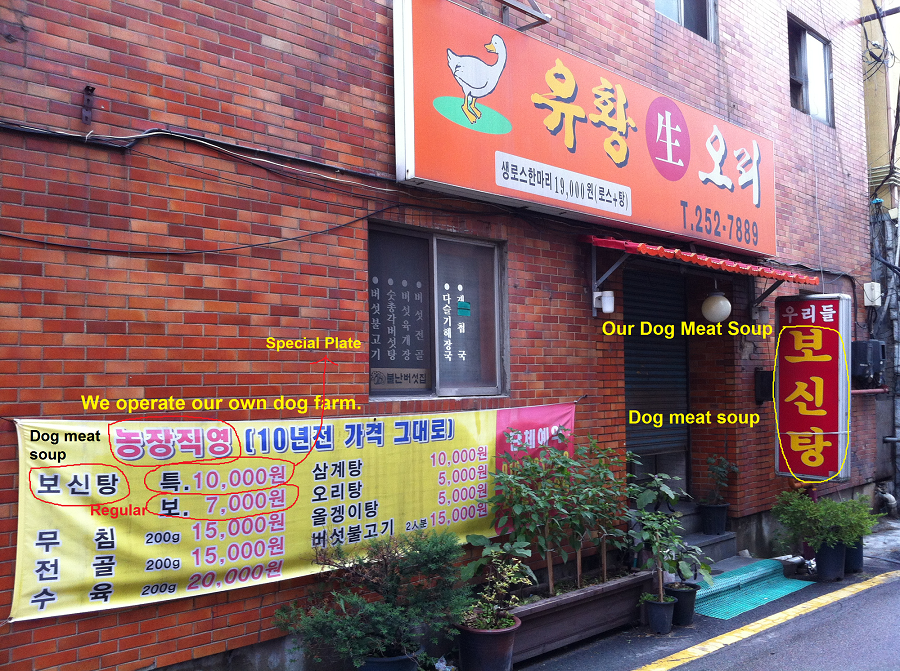 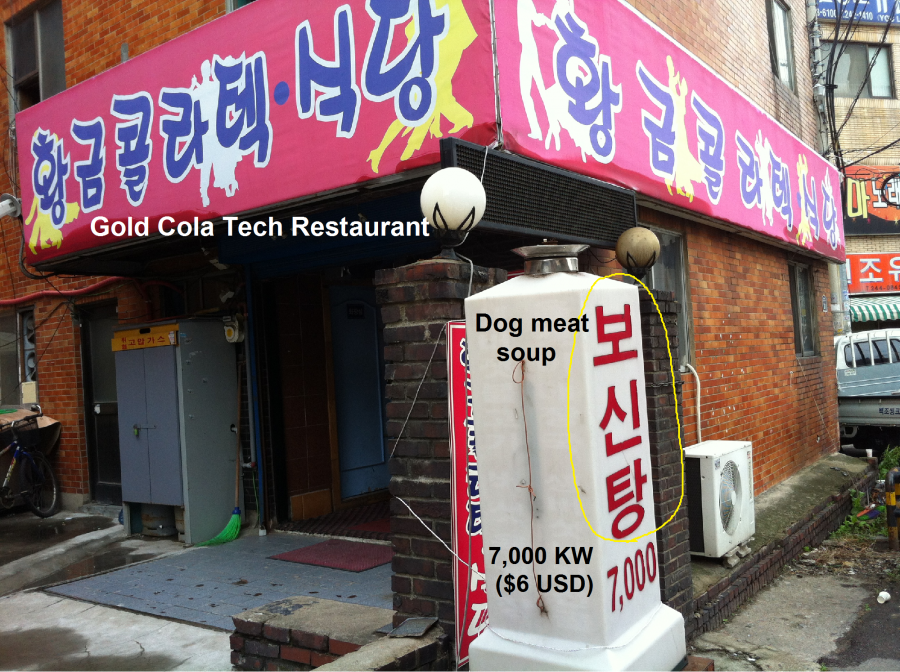 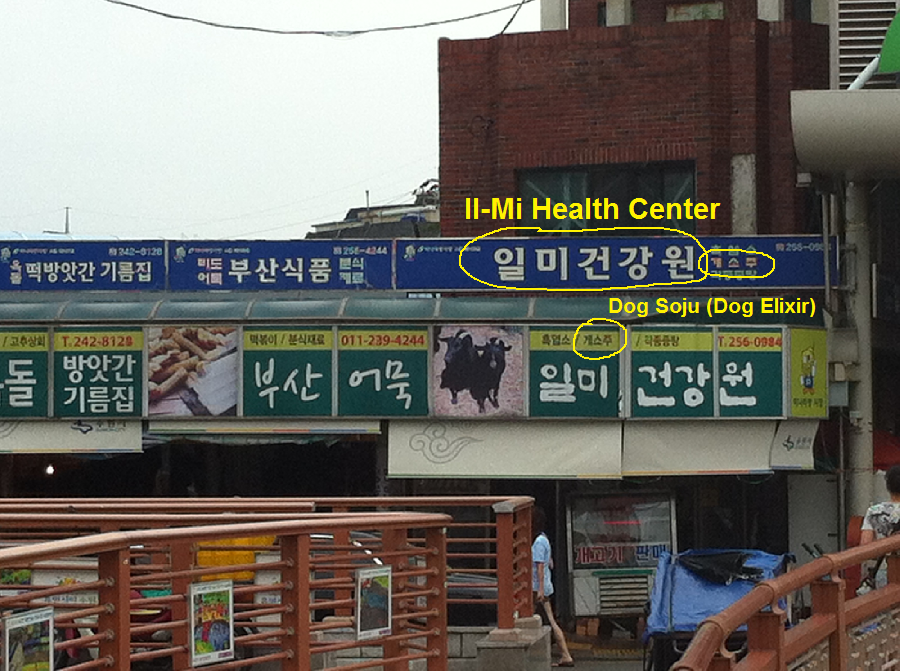 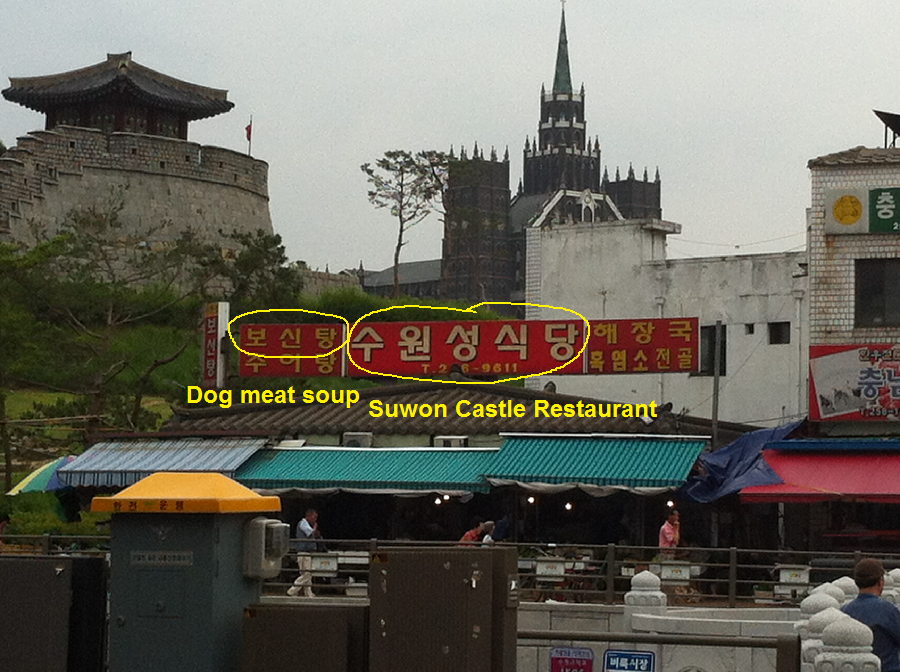 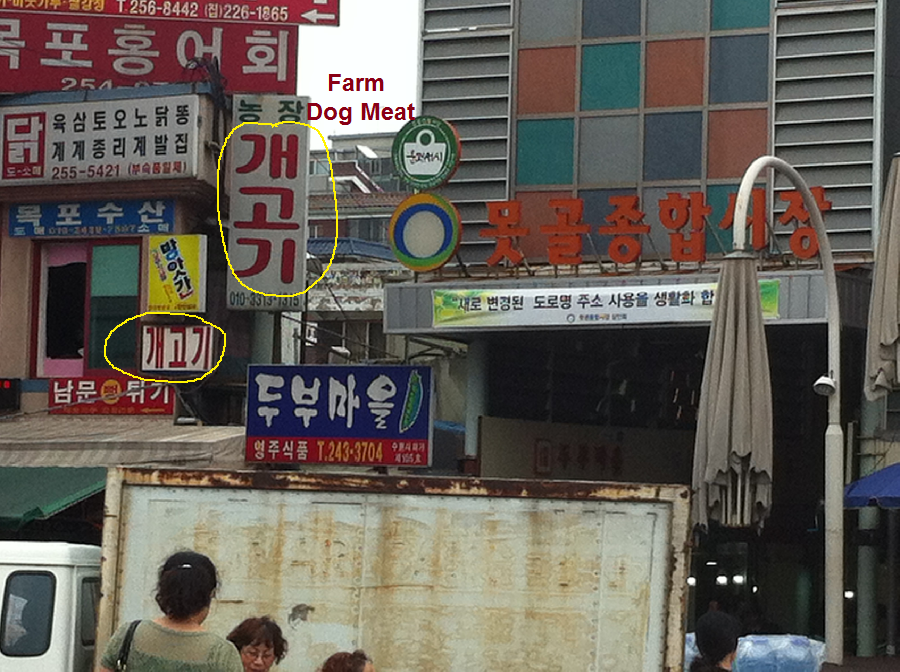 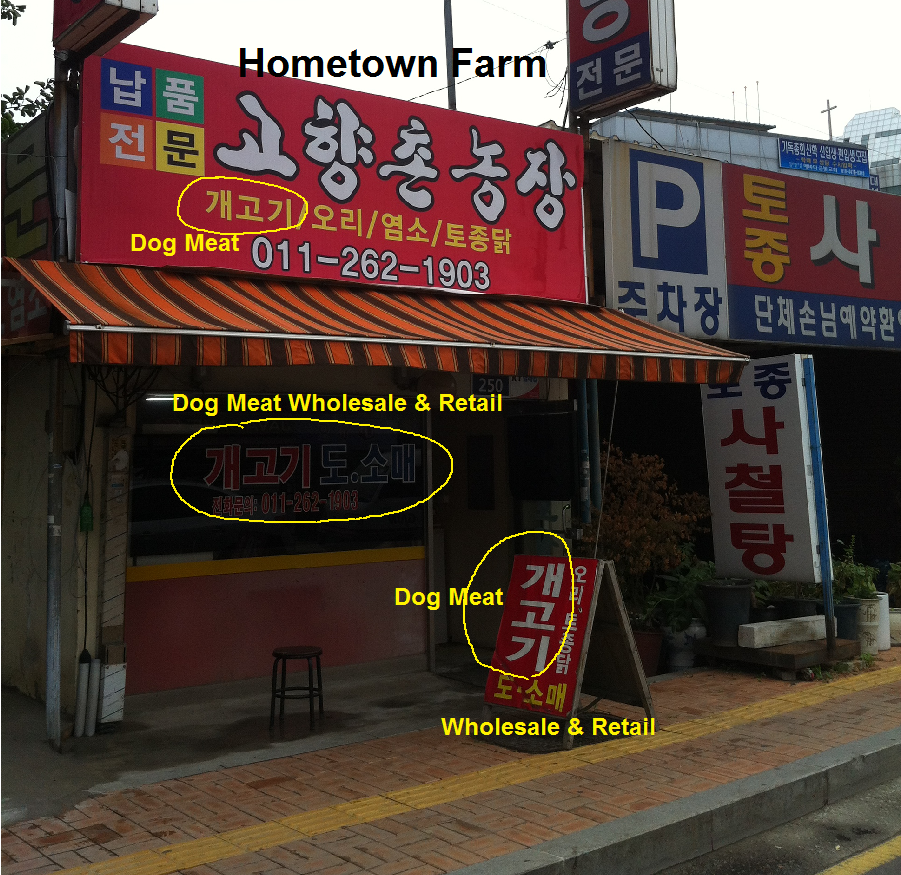 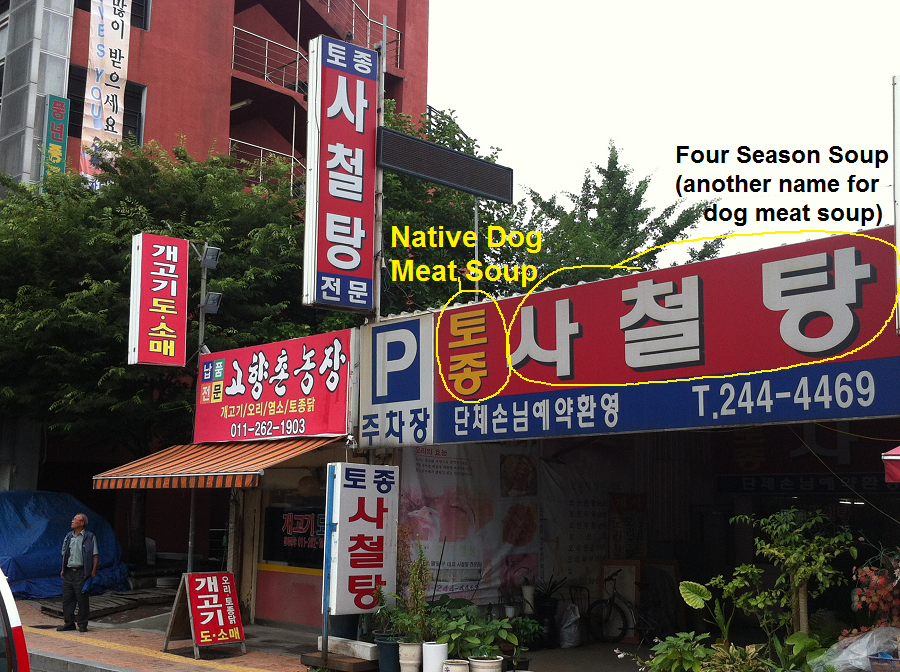 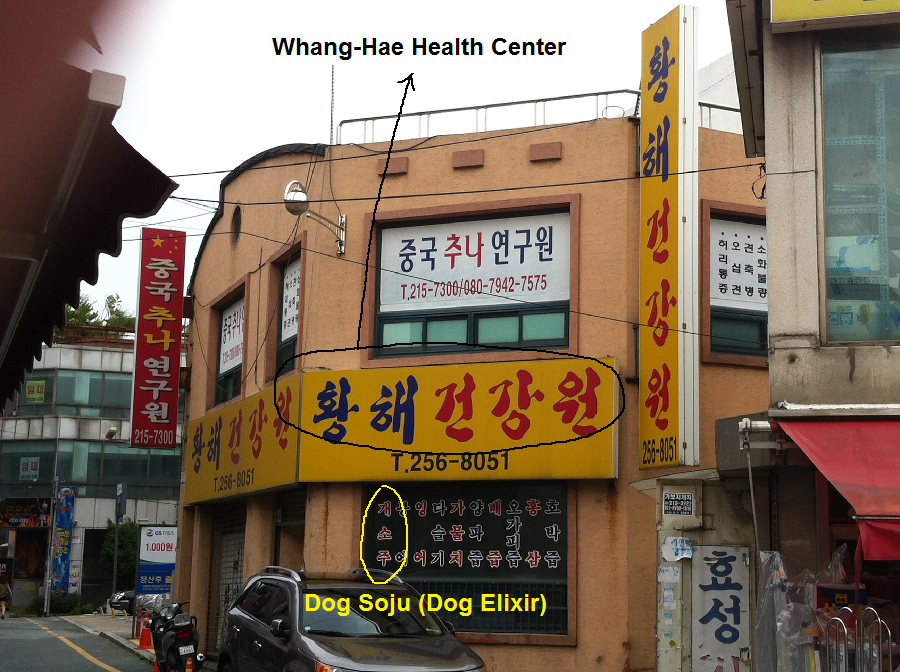