posted by KoreanDogs.org team on September 21,2015 in Uncategorized 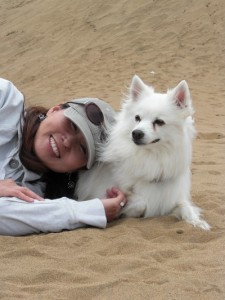 South Korea is the World’s 14th largest economy and home to global brands such as Samsung, Hyundai, Kia, LG, SK, and Daewoo, yet it is also a country where an estimated 2.5 million dogs and thousands of cats are slaughtered and eaten each year. Dog-meat Consumption is NOT LEGAL in South Korea! However, the majority of Koreans show a profound indifference to both the law and any moral principles by doing nothing at all to stop the dog-meat trade: dogs are being brutally tortured and eaten as if it were completely legal.

Most dogs are bred on farms and forced to endure deprivation and torment from the moment they are born until the day they die. They are slaughtered in the most horrific ways—beaten, hung, electrocuted, burned and boiled often while they are still alive, and all this happens in front of other caged dogs.

Corruption is part of the industry: a dog farmer was once granted a government contract to operate an animal shelter, some shelter operators have sold dogs in their care to local dog meat restaurants, and other shelter operators have even killed and eaten dogs themselves. These are the kinds of reports coming out of Korea.

Dog meat supporters want the government to legalize dog meat, but animal rights activists are fighting to block this move, arguing that legalization will cause even more suffering to more dogs. While the legalization issue stays at a stalemate, millions of dogs are living a nightmare in cages and thousands are killed every day.

Not all Koreans eat dogs and more and more people are turning against it. The figures on the number of Koreans who have tried dog meat vary from 30% to 60%. Only a small percentage of Koreans regularly eat dog meat. However, Korea’s large population means that millions of dogs are killed each year and the dog meat industry continues to make money.

The problem is not only with regular dog meat eaters. There is a profound indifference by many Koreans towards the suffering of dogs. The country has a history of putting the economy first over moral considerations. It is still well behind the developed world with regard to animal welfare issues in general. So the majority of people in Korea do nothing to end the torture and slaughter of dogs. And the Korean government gets away with basically avoiding the problem.

This issue is personal for me, and not only because it concerns my home country. I’d like to tell you a story of my own experiences growing up in Korea. I have a memory from childhood about our family dog that still haunts me to this day. My family had a small dog, and since we lived in multi-family housing without a yard, our dog would often roam around the neighborhood. But he always came home. One day, however, he didn’t return.

Several days later, I heard the screaming of a dog outside my window and saw several men in the farm field across from our house. They were burning a dog. I still don’t know if that was our dog they were burning, but I have always felt guilty about not being able to protect our dog from a similar end. It is very likely that our dog was grabbed off the street and met the same fate as that poor dog in the field.

That was almost 40 years ago. But today, nothing has changed. Dogs in Korea are still grabbed off the street and killed. Sometimes they are kept in misery alone in backyards where they are raised for food. It is hard to imagine how people can kill a dog they have raised as if it were nothing—to kill an animal who considers you to be family is truly a terrible betrayal. Of course, most dogs are still forced to endure deprivation, disease, and torture on dog farms.

When I became aware that there are activist organizations in Korea campaigning against the dog meat trade, I realized that I wasn’t the only one who was upset about this issue, and that gave me the courage I needed to do something about it. So I started a campaign to help fight the dog meat industry—an industry of shame—in my home country. That was four years ago (2011).

As I did more research into this cruel industry, I saw the most horrific, frightening and heartbreaking images that I have ever seen. What I learned has filled me with tremendous sadness and anguish. The terrible injustice against defenseless animals that I love so much has tormented me. I continue to struggled with the question, “How can the Koreans allow this to happen? How can the world allow this to happen?”

Knowing what these dogs are forced to endure, I had to tell their story to the world. I could not let them be forgotten. So I have been working day and night trying to do anything and everything I can to create more public awareness, and to motivate people to take action. While it is impossible to change the attitude of a whole nation overnight, we can put pressure on the Korean government to make changes.

Through social media and campaign actions on the streets of San Francisco and Jacksonville, Florida’s most heavily visited area, my group has been working hard to educate as many people as possible and ask them to join us in our fight.

And everyone really can help create change. When each of us uses our ability and rights to speak out on behalf of those who can’t speak for themselves, we can change a nation and the world.

We must continue to exert pressure on the Korean government through phone calls and letters to the Korean President; Korean Embassies worldwide; and United Nations Secretary General Ban Ki-Moon, who is himself Korean, urging them to stop the slaughter immediately. And in the future, Korea is hosting the 2018 Winter Olympics, so this is an opportunity to shine an international spotlight on the deplorable dog meat industry and get one step closer to ending it.

There are so many ways you can help fight this cruel industry. We work very hard to make it easy for you to take action. All we ask for is your compassion and a little of your time. The dogs of Korea need your help. So please, join me and our dedicated group of volunteers; all the information you need is on our homepage, Koreandogs.org. Thank you!